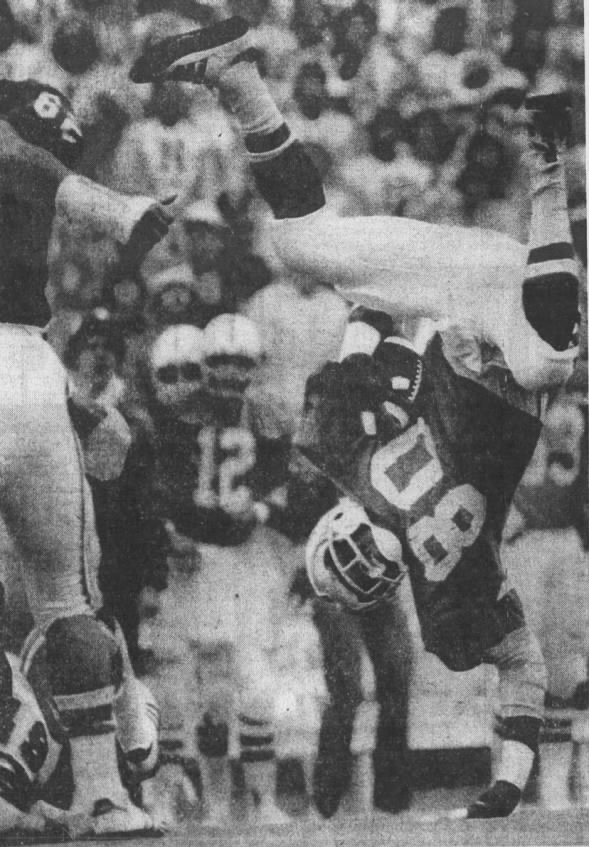 Hipp, making his first start because Rick Berns was injured, staged a brilliant exhibition of running. The 5-11, 200-pound sophomore carried 28 times for 254 yards, smashing Berns’ mark of 211 at Hawaii in 1976. It was the highest rushing total of any back in the nation to date in the 1977 season and earned Hipp Big Eight, AP and UPI Back of the Week honors.

Hipp didn’t score a TD, but he left that up to teammates and they hit on 31 for the third straight week.

Hipp’s effort came against a good Indiana team that kept the issue in doubt until the final 10 minutes. After the Husker Black Shirts stopped a Hoosier fourth-down gamble to preserve a 17-13 edge, Nebraska added two touchdowns to sew up the third win of the year and a 3-1 nonconference record.