That score put Nebraska up 14-0 as the Huskers also scored on their opening drive of the night. Nebraska took the kickoff and marched 64 yards in nine plays, capped by Diedrick’s two-yard touchdown run. With the score, Nebraska held a 7-0 lead just over four minutes into the contest. 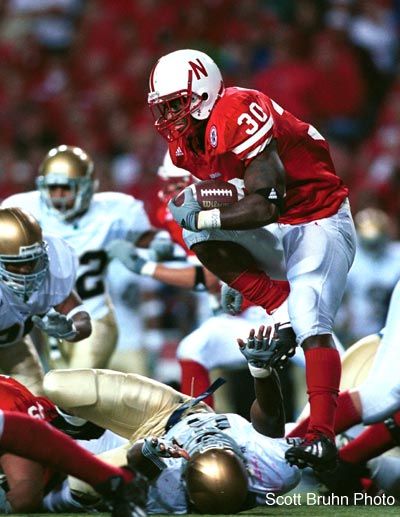 Our offensive line is a huge problem. When we can’t get short yardage with the Maryland I, we have problems.

This was Nebraska’s third game of the season. This was Notre Dame’s first. It showed. Especially early.

The Huskers played truly inspired football for the first time in this young season and then flamed out without denting the scoreboard in the second half.

Lohr’s injury aside, this was a shining night under the lights for NU's swaggering defenders.

You had to be in Memorial Stadium, however, to appreciate what remarkable fans Nebraska has.

Nebraska came away with a 27-10 victory ... in a game like a bad marriage: plenty of fireworks in the beginning but only pain and frustration at the end.

The game Saturday was a joke. For Nebraska, it was like shooting fish in a barrel.