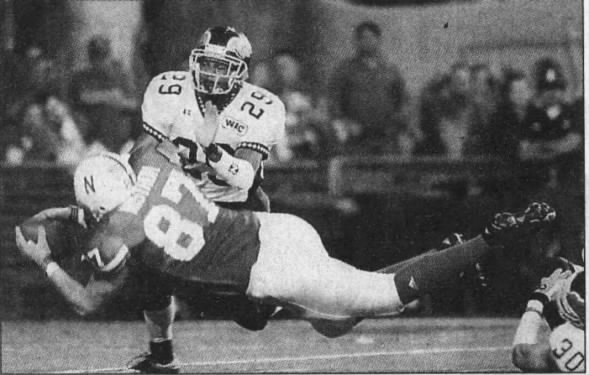 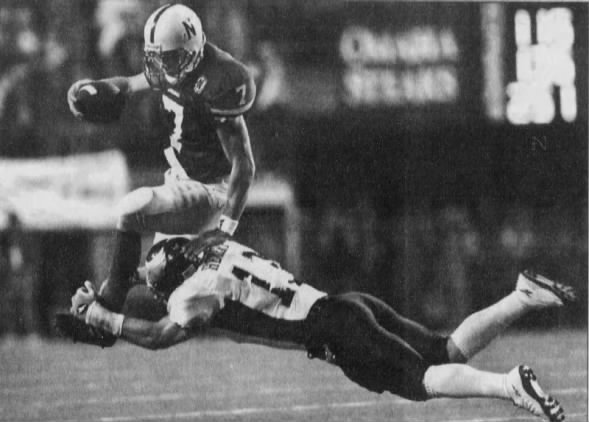 The game had been scheduled for last Saturday but was postponed because of the terrorist attacks that shut down all major sports in the country.

Crouch, who had just two rushing touchdowns and one passing in the first three games, looked more like the player who carried the Huskers’ offense the past two seasons.

“I felt very comfortable out there. I knew this was going to happen,” said Crouch, who ran for 97 yards on 12 carries and passed for 165 yards — going 9-of-11 in less than three quarters.

After an emotional pregame ceremony that included a videotaped message from former Huskers coach and current U.S. Rep. Tom Osborne, Nebraska came out with its most dominating game of the season.

“Obviously what happened in the last week and a half has affected everybody,” Crouch said. “We came out and honored America in a way everybody could be proud of and the state of Nebraska could be proud.”

Nebraska (4-0) nearly topped the 500-yard mark for the first time this season, finishing with 497 after losing 3 yards on the final play.

“I thought they had a lot more offense than we did. I know they rolled a lot,” Rice coach Ken Hatfield said.

Nebraska’s defense allowed more than 200 yards for the first time this year, but nearly got its first shutout.

Rice (2-1) didn’t score until Brandon Skeen kicked a 25-yard field goal with 7:49 left in the game. Greg Henderson was 5-for-13 for 108 yards and two interceptions for the Owls, who finished with 365 yards of offense.

Henderson relieved starter Kyle Herm, who was 3-for-12 for 61 yards.

“I want full responsibility for that. I’m the quarterback. It’s my job to keep everybody calm,” Herm said. “We came out jittery and Nebraska’s fans made us nervous.”

Crouch’s best game of the season had been the opener against TCU, when he ran for 69 yards and a touchdown and passed for 151. He had the flu the next week and missed a few days of practice and had mediocre totals against Troy State and Notre Dame, although against the Irish the Huskers held back on offense with the game in hand in the second half.

Crouch broke loose Thursday. He threw two touchdown passes to Tracey Wistrom, including an 11-yarder that put Nebraska up 42-0 midway through the third quarter on Crouch’s last play of the game.

“Eric I thought just had a great day — throwing and running the football and just directing the football team,” coach Frank Solich said. “I don’t think you can get much more done than what he got done tonight. I think he kind of wished he could play a little bit more.”

Wistrom and Crouch also connected for Nebraska’s first score, a 37-yard pass over the middle less than three minutes into the game.

“He’s accurate. He’s putting zip on the ball when he needs it. He’s got touch,” Wistrom said. “All we’ve got to do is catch it and run.”

Crouch’s other TD throw was to Wilson Thomas, who caught the 42-yard pass in stride as he crossed the goal line for a 21-0 lead with 2:35 still left in the first quarter.

Crouch made it 35-0 on Nebraska’s opening drive of the second half with a 25-yard draw for his second rushing TD of the game. He also scored on a 6-yard run around the right end in the second quarter.

Judd Davies scored Nebraska’s only other touchdown of the half on a 3-yard run. Crouch had 43 yards on two carries during the four-play, 71-yard drive.

Thunder Collins had a 17-yard touchdown run late in the third quarter.

The team has bounce in its step, and 7 is healthy and throwing better than I have ever seen him.

After the breathtaking pre-game ceremony, any football game was rendered secondary.

The Rice game ... was obviously the Cornhuskers’ most complete effort to date.

This good, old-fashioned, 1984-style whuppin’ is just what the Ph.D. ordered.