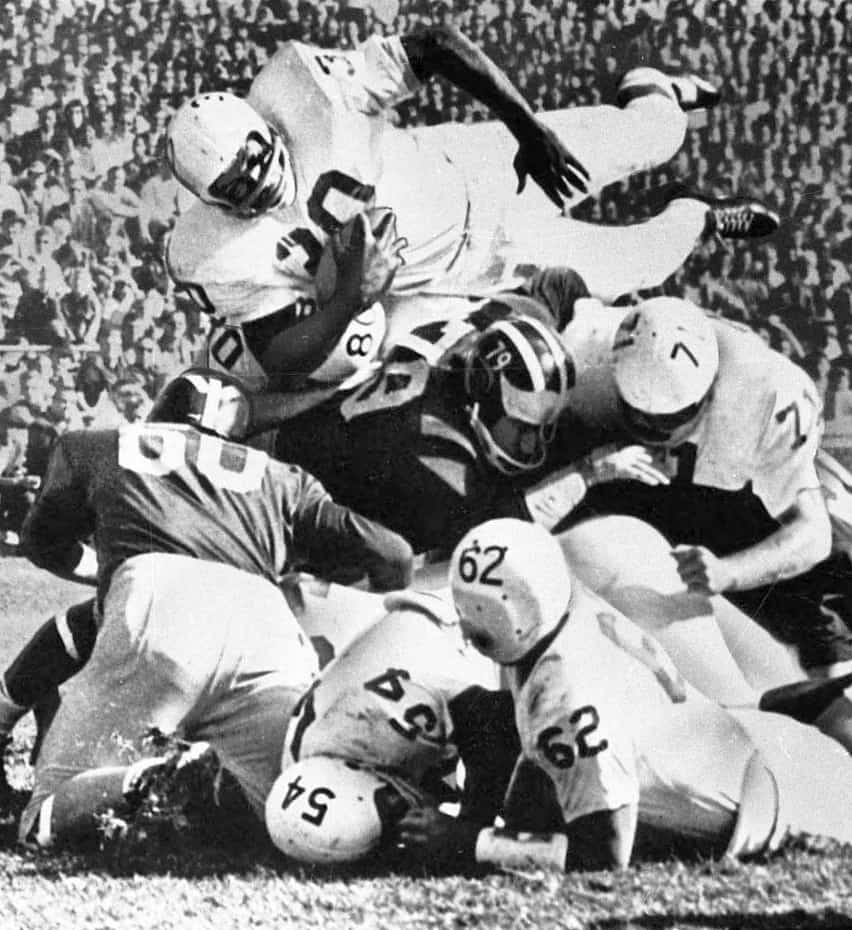 Thunder Thornton goes over the top to score in the third quarter. 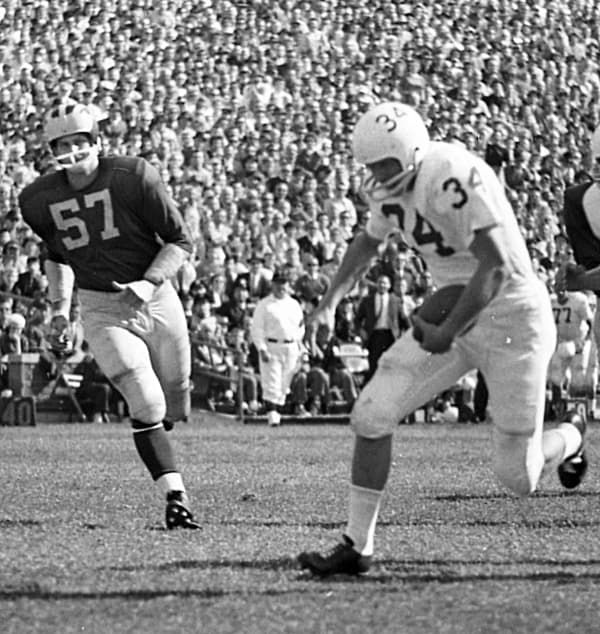 Coach Bob Devaney gained Coach of the Week honors and fullback Bill Thornton was named Back of the Week after the Cornhuskers shocked Michigan, 25-13, before 70,287 Band Day fans — the largest crowd to see Nebraska play in a regular-season game.

Entering the fourth quarter, Nebraska led 19-7 before Michigan cut the deficit to 19-13. But Nebraska answered back. On a fourth-and-eight play inside the Michigan 30, Claridge passed to Dick Callahan for a first down. On the next play, Thornton rumbled 16 yards for a touchdown. 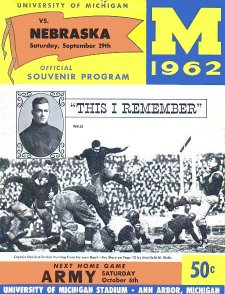