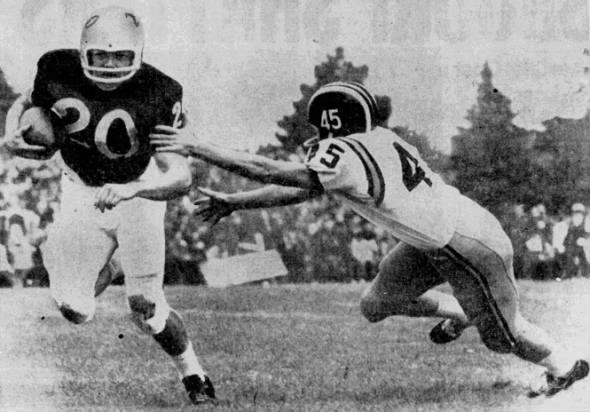 With 36,000 Homecoming fans on hand, Nebraska made its bid for the Big 8 leader­ship against the rugged Missouri Tigers. But the Cornhuskers didn’t have enough magic to master the potent Bengals, dropping their first decision of the year, 16-7.

There was consolation in scoring against Mizzou for the first time in four years — Noel Martin’s 88-yard pass interception return — and holding the Tigers to 38 yards rushing in the second half. But Missouri had a Gibraltar defense of its own, and the Tigers adeptly capitalized on Husker miscues — three lost fumbles and three inter­cepted passes.

A Dennis Claridge fumble set up MU’s opening TD, a 46-yard Johnny Roland run. Martin’s inter­ception return tied the game in the second quarter. After Mizzou went ahead on a third-quarter field goal, the Tigers’ vic­tory was sealed when Dave Theisen fumbled a punt and Mizzou recovered at the Nebraska 26, setting up MU quarterback Jim Johnson’s 10-yard TD run early in the fourth period. 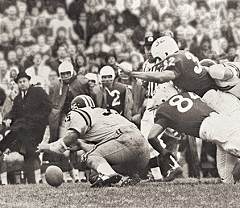 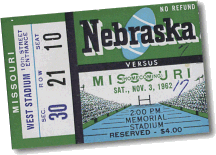 This was the first game of the Nebraska home sellout streak that continues today.
Image used by permission of UNL Libraries