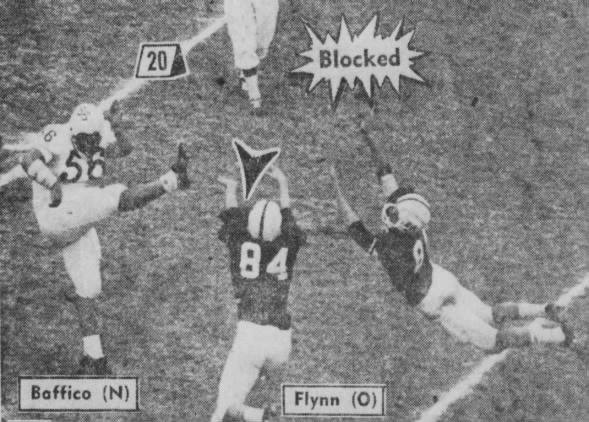 John Flynn’s blocked punt early in the first quarter set up the Sooners at the Nebraska 1 yard line. · The Lincoln Star · Newspapers.com

Behind the gloom of the moment reposed the pleasant truth that Nebraska had just concluded its most successful season in 22 years.”

The Big Eight title and an Orange Bowl bid were at stake as the Cornhuskers and Sooners squared off in the NU finale. And it was Bud Wilkinson’s Sooners who completely crushed Nebraska’s hopes with a convincing 34-6 victory.

The Sooners capitalized on a blocked punt in the first period and took a 14-0 lead just before the half to ice the victory. Nebraska’s offensive plans were stifled by the rugged OU line, as the Huskers were held to a season-low 68 yards rushing.

Sooner Monte Deere had a great day, pass­ing for three back-breaking TDs, including a second-quarter play in which he pitched to Joe Don Looney, who lateraled back to Deere, who then threw to a leaping John Porterfield in the corner of the end zone. 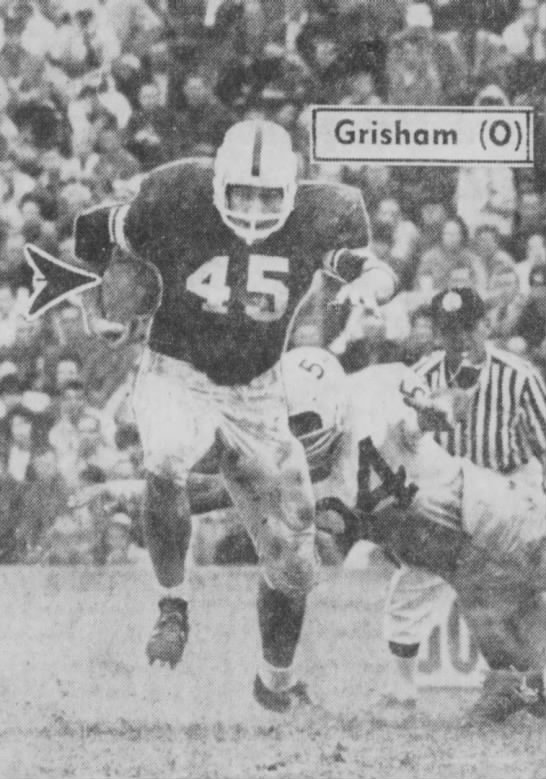