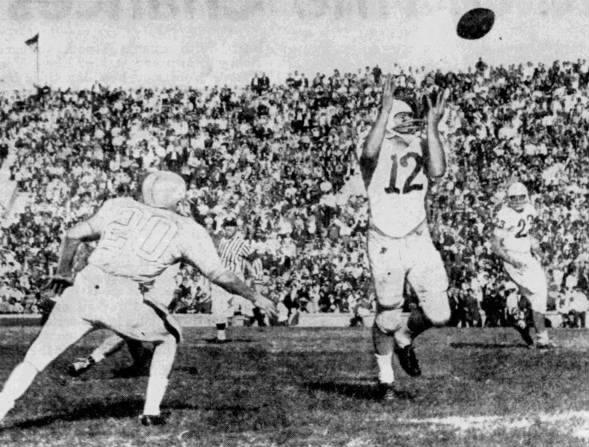 Nebraska’s Doug Tucker gets set to pick off a KU pass late in the first quarter before returning the ball to the Kansas 16, setting up the Huskers’ third touchdown. · The Kansas City Star · Newspapers.com

Could the Cornhuskers bounce back after the title-bearing defeat by Missouri? The question was answered in amazing fashion as Nebraska completely demoralized a fine Kansas team, exploded for a 40-0 lead in the third quarter and coasted to a 40-16 victory.

An interesting sidelight to an unexpected lopsided contest: All seven TDs were followed by two-point conversions. (The season’s success rate for major schools was .450.)