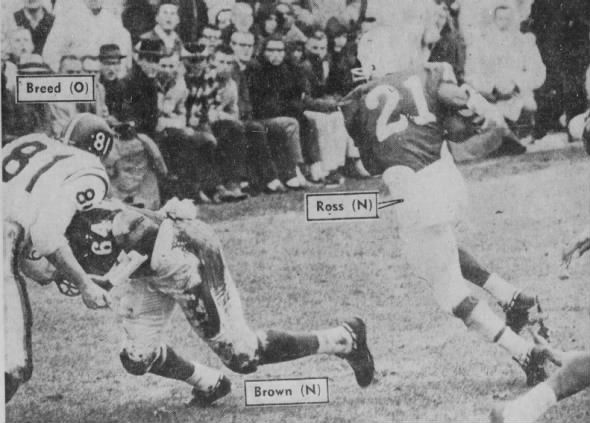 Nebraska completely dominated action as the Cornhuskers ran their record to 8-1 to set the stage for the Big Eight title showdown against Oklahoma with a 14-0 win over Oklahoma State.

A muddy field, fumbles and penalties hampered several NU scoring thrusts after the Huskers jumped out 14-0 in the first quarter, scoring on drives of 76 and 62 yards on their first two possessions.

Nebraska’s total offense was 397 yards, and the Scarlet defense held OSU to 127. The Cowboys only once invaded Nebraska territory.

It was the first NU win over O-State in three tries. 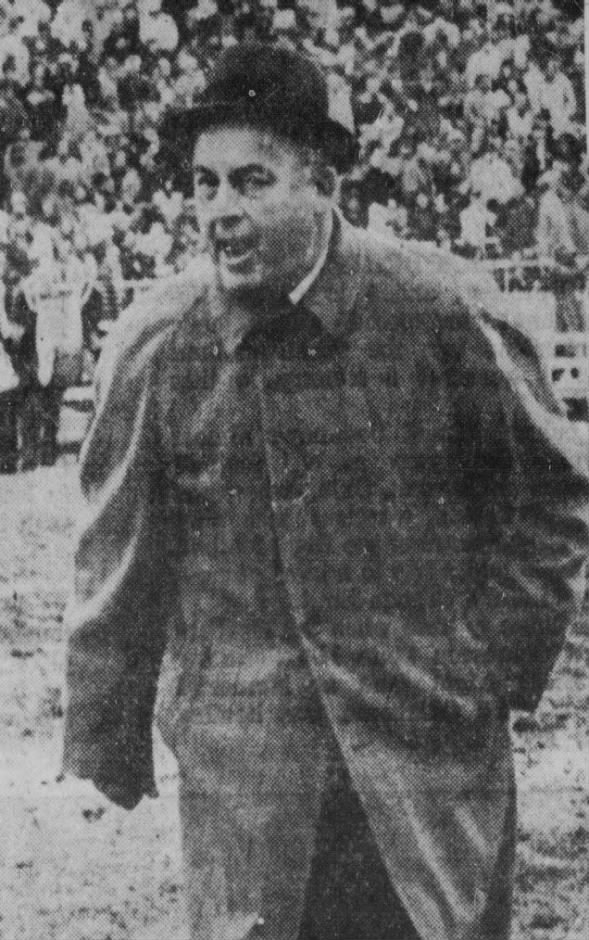 Bob Devaney disputes a call that negated a possible touchdown catch by Dick Callahan late in the first half. · The Lincoln Star · Newspapers.com