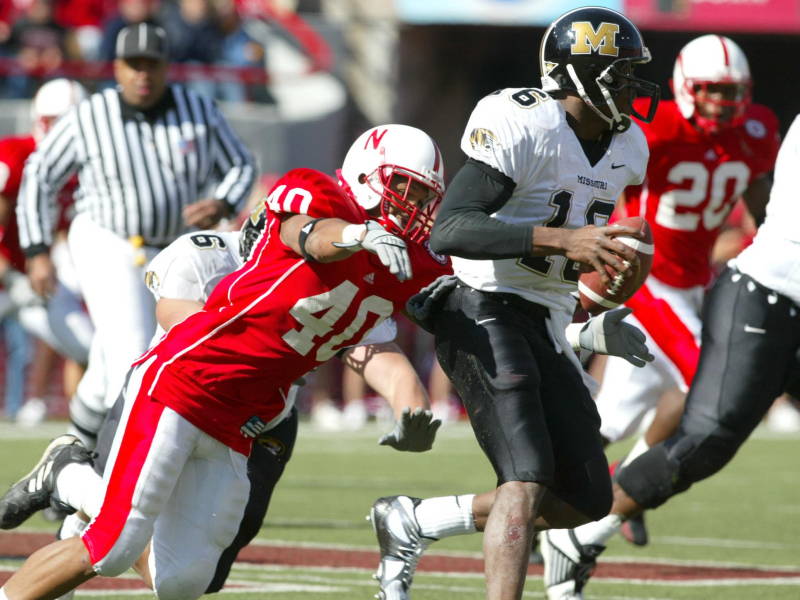 The Nebraska offense rolled for 325 yards rushin, while the defense shut down Missouri in the second half in a 24-13 win over the Tigers.

Quarterback Jammal Lord led the Huskers in rushing with 98 yards on 17 carries, while freshman David Horne added 88 yards on 20 carries in his second collegiate game.

While the Huskers pounded away at the Tigers on the ground, Nebraska’s defense held Missouri to 220 total yards. MU entered the game ranked 15th nationally averaging 441.4 yards per game.

Smith and the Tigers did get off to a good start, rolling up 192 yards in the first half, but Lord’s one-yard pass to tight end Aaron Golliday with 43 seconds left in the second quarter gave NU a 14-13 lead at intermission.

In the second half, Missouri never threatened, managing just 28 net yards. DeJuan Groce put the exclamation point on the victory with an 89-yard punt return for a touchdown midway through the third quarter. It was Groce’s third punt return touchdown of the season, tying Johnny Rodgers’ school record set in 1971.

Our defensive gameplan to contain Smith and make him pass was brilliant.

The performance was just the kind of boost Nebraska needed heading into back-to-back road games against Oklahoma State and Texas A&anpM.

Nebraska continues to rebuild its confidence. Maybe later, the Huskers can work on the lost mystique.

The Loon’s game ball, most predictably, goes to the Blackshirts for a job well done.

The talk in Tigerland should center around why Missouri coach Gary Pinkel didn’t provide Smith with more strategic help.

It turns out that Bohl is just a little bit smarter than many people thought. He came up with a game plan to slow Mr. Smith down.