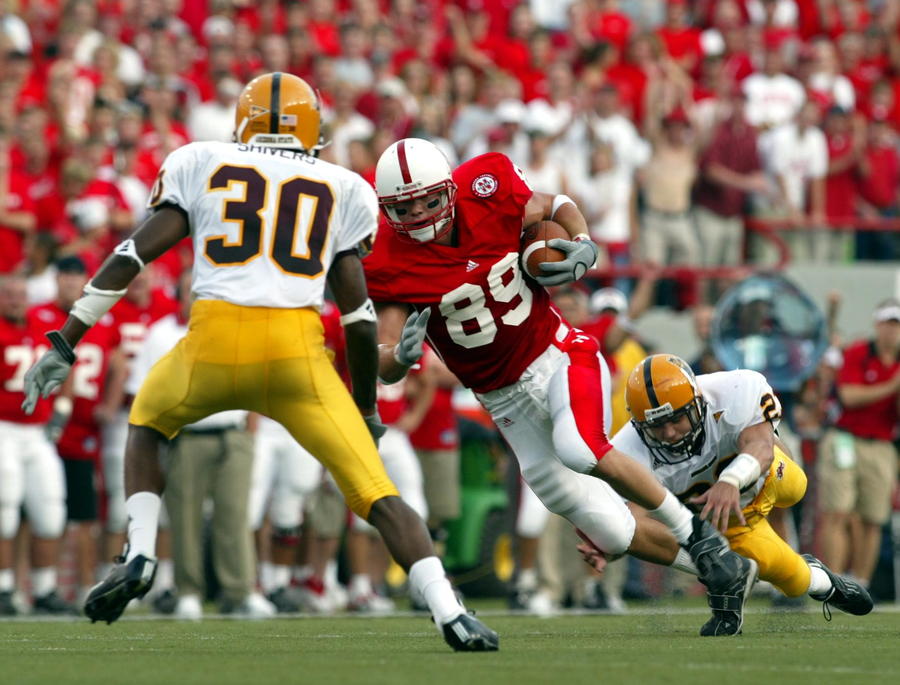 Nebraska scored a pair of touchdowns less than two minutes apart in the third quarter to break open a seven-point game, and No. 10/8 Nebraska rolled to a 48-10 victory over Arizona State in the Black Coaches Association Classic.

Jammal Lord opened his career as Nebraska’s starting quarterback by rushing for 103 yards as he led an offense that churned out 316 total yards, including 283 on the ground.

The Huskers blocked a pair of Tim Parker punts that led to two easy touchdowns. Linebacker Demorrio Williams got the first block in the third quarter, and the ball was scooped up by Scott Shanle, who raced six yards for a score. Lannie Hopkins blocked a second punt midway through the fourth quarter, and that set up a two-play, nine-yard drive that gave Nebraska a 34-10 edge.

Senior placekicker Josh Brown kicked two field goals, was 6-for-6 on PATs and forced touchbacks on seven of his nine kickoffs.

When we struggle to produce 300 yards and 10 percent of that is on a run at the end of the game, that is not going to cut it.

Did they beat a great team? No. Do they have promise? Yes.

It appears all those folks standing in line to predict the demise of Nebraska football might have to wait at least a few more weeks.

Lord, in many ways, symbolizes his entire team. He’s unpredictable.

For the most part, the Devils played tough, composed football. ... They were competitive. That's something to build on.