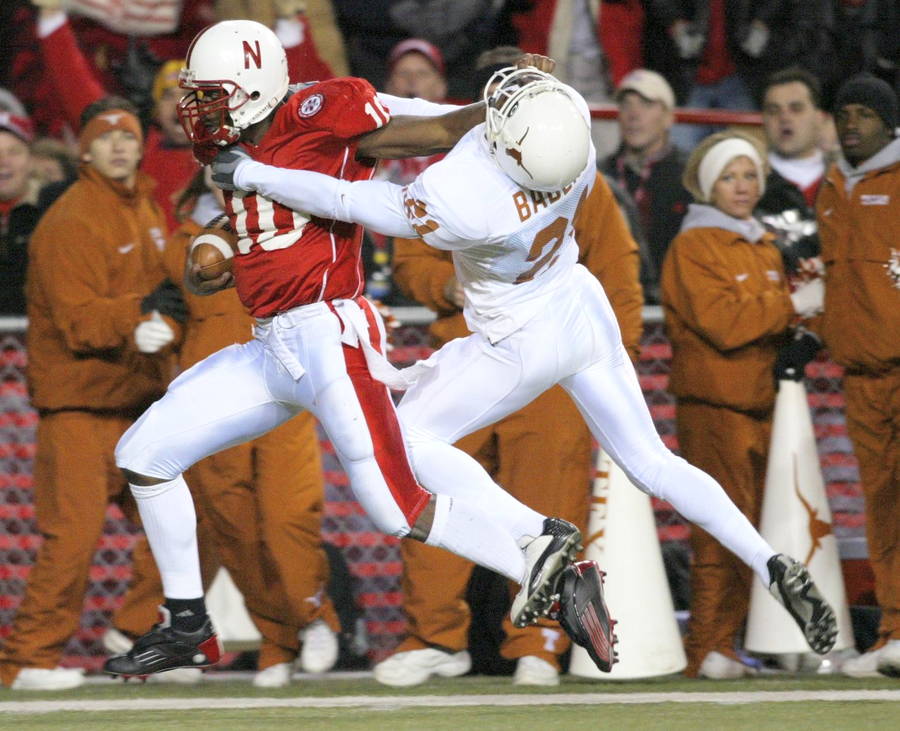 The loss ended Nebraska’s nation-leading home winning streak at 26 games and dropped the Huskers to 6-4 overall and 2-3 in Big 12 Conference play.

After Texas opened a 27-17 advantage with 3:24 remaining, the Huskers quickly drove 60 yards in four plays and scored on Dahrran Diedrick’a two-yard run to slice the lead to three points.

The Blackshirt defense forced Texas to punt, and All-America candidate DeJuan Groce delivered an electrifying 44-yard return down the Nebraska sideline to the Texas 16.

The Huskers didn’t pick up any yardage on their first two plays, and on third down, Texas cornerback Nathan Vasher made a leaping interception of a Jammal Lord pass to end Nebraska’s comeback hopes with 10 seconds remaining.

The dramatic finish came after a first half filled with missed scoring opportunities by both teams. Nebraska twice was stopped on fourth-and-one plays and also had a field goal blocked and a bad snap on another field goal try. Texas moved inside the Nebraska 35-yard line four times in the first 30 minutes, including one drive to the NU 7, and came away with just a pair of field goals.

Your eyes told you this was a football game. The pit of your stomach told you it was a roller-coaster ride.

The Eyes of Nebraska are on Solich. He’ll be second-guessed from here to Sidney for not kicking a field goal from the Texas 16 with 16 seconds left.

Now everyone who criticizes Solich for his ultra-conservative moments knows what can happen when you try to roll the dice and your last name isn’t Stoops.

Along with the problems NU had had on its two previous field goal attempts, all logic pointed toward taking a shot at the win.

Chins up, Husker fans. Call your travel agent. We’re going bowling, one way or another. Let’s just hope it’s not at Parkway Lanes.

From his press-conference demeanor, Lord obviously felt he lost the game for Nebraska. He shouldn’t.

Chris Simms, take a much-deserved bow. You earned it. The Longhorn senior had the game of his career. But then he had to.

Longhorns sneaked back into Lincoln at the right time. Hence, they’re 2-0 on the Cornfield since 1991, while everybody else is 0-73.