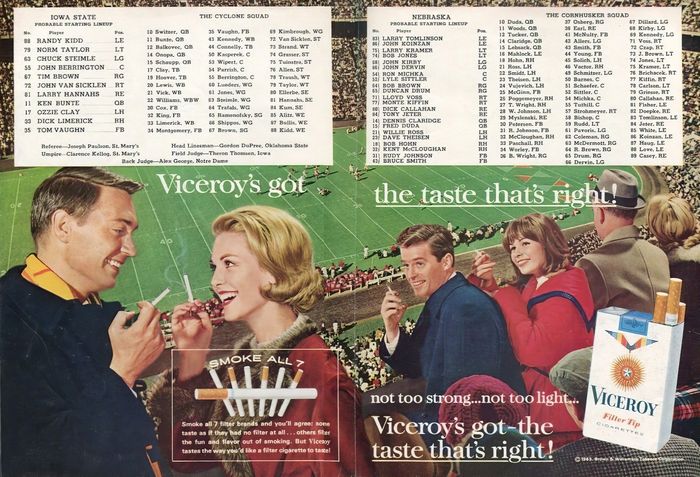 Huskers surge past Cyclones in second half

Nebraska recovered from a stunning 70-yard TD run off a fake punt by Cyclone Dave Hoover with about five minutes left in the first half to defeat Iowa State, 21-7.

It took a pair of second-half tallies — one via an 84-yard march, the other set up by a pass interception and a 36-yard run by Kent McCloughan — to chalk up victory No. 3. Some fine defense — Iowa State netted only 42 yards the second half — peppped the Huskers.

H’MAX NOTES: The game was played in hot, windy weather, with low-90s temperatures. … The Huskers’ first-quarter score came after Dick Callahan recovered a fumble on the Iowa State 10. “Except for that thrust,” UPI reported, “the Nebraskans were outplayed the first two periods.” … Kicking from the end zone at the conclusion of the first quarter, Dennis Claridge uncorked a wind-aided punt that went all the way into the ISU end zone. Under the statistical rules of the time, it counted for 72 yards instead of 92 because of the touchback.