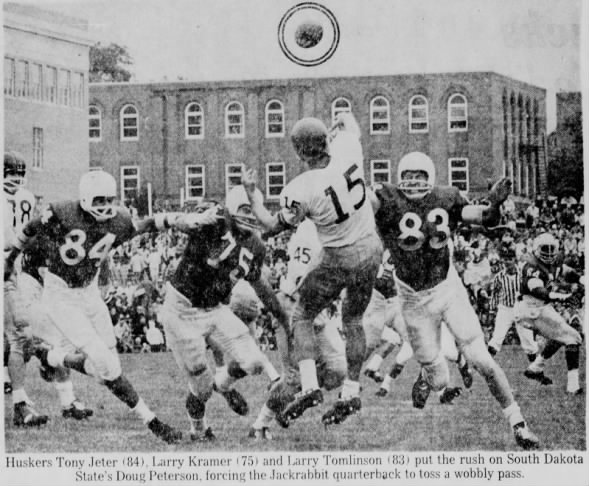 Huskers open with rout of Jackrabbits

It was no contest as the powerful Nebraska Cornhuskers opened the 1963 season by defeating undermanned South Dakota State, 58-7.

Nebraska led, 37-0, at halftime and piled up a 58-0 margin before the Jackrabbits tallied late in the game. South Dakota State didn’t earn its initial first down until the third quarter.

H’MAX NOTES: The visitors had minus-22 net yards in the first half and didn’t get a first down until the third quarter. … The game was played in a light drizzle. … The SDSU score came on a 49-yard drive against the Husker reserves. … The score would have been even more lopsided if SDSU hadn’t stopped three NU drives near the goal in the first half. … It was Nebraska’s highest point total since 1927.