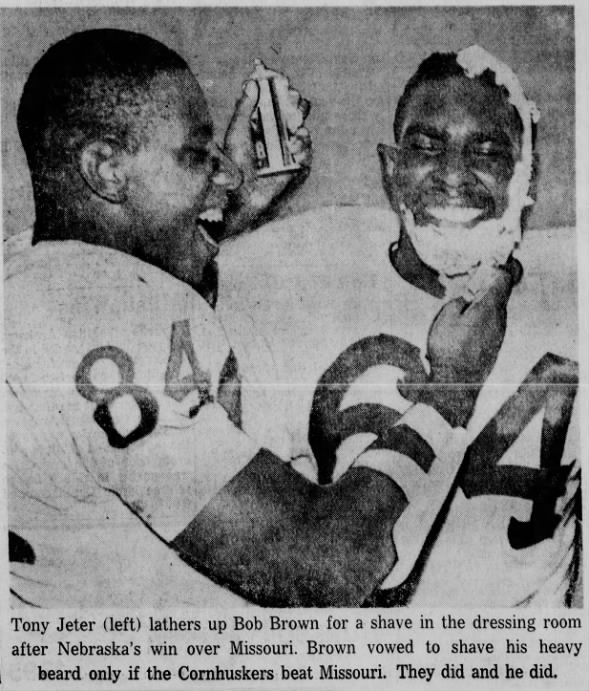 Huskers hold on to trim Tigers

With old rivals Nebraska and Missouri staging an epic struggle in the finest tradition of the Big 8, the Cornhuskers hung on for a 13-12 victory and a solid lead in the conference race.

Seeking revenge for the 16-7 defeat at Lincoln the previous fall, Coach Devaney’s Cornhuskers roared 76 yards in 11 plays to score after taking the opening kickoff.

Missouri took advantage of a poor punt by Dennis Claridge, playing on a not-yet-healed sprained ankle, and a 29-yard pass to set up a tying touchdown on the first play of the second quarter. Tiger fullback Gus Otto was hit hard and fumbled, but the ball bounced around the end zone where teammate Kenneth Boston recovered. The kick was no good and Nebraska had a 7-6 lead which held up until the nail-biting final period.

Nebraska started a 79-yard drive late in the third quarter and Rudy Johnson plunged over from the one with 5:47 gone in the fourth. A penalty nullified his kick and NU held a precarious 13-6 lead.

On the second play after the ensuing kickoff, Tiger quarterback Gary Lane hit Boston with a 53-yard TD pass-run to make it 13-12. Missouri courageously spurned the idea of kicking the point for a tie and the two-point try was almost a success — but Husker back Bruce Smith made a diving block of Lane’s pass to Jim Walker to save the slim margin.

Kent McCloughan intercepted a Tiger desperation pass with 1:28 left to sack up win No. 6.

H’MAX NOTES: It was the first Husker win over Mizzou since 1956. … Missouri’s final score came with 8:30 left. Nebraska then mounted a 49-yard drive that took nearly seven minutes off the clock. … Nebraska guard Bob Brown, who had vowed not to shave until the Husker beat Missouri, shaved off his 1½-inch beard with the help of his teammates. 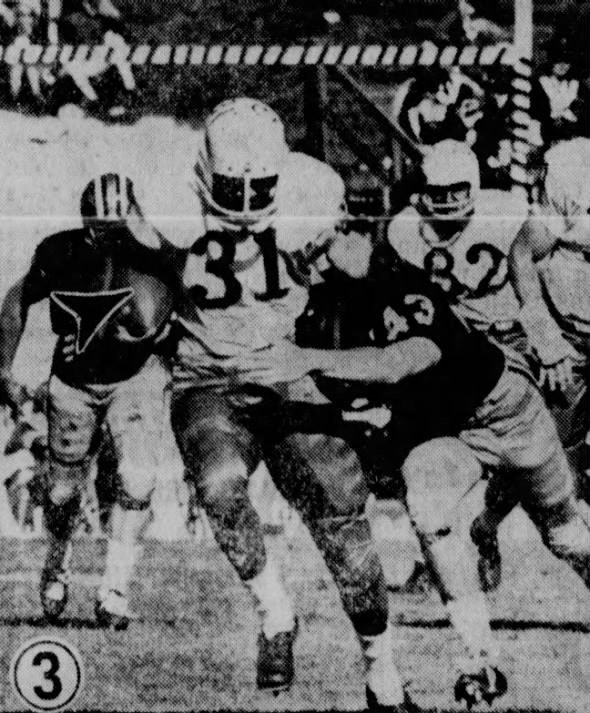