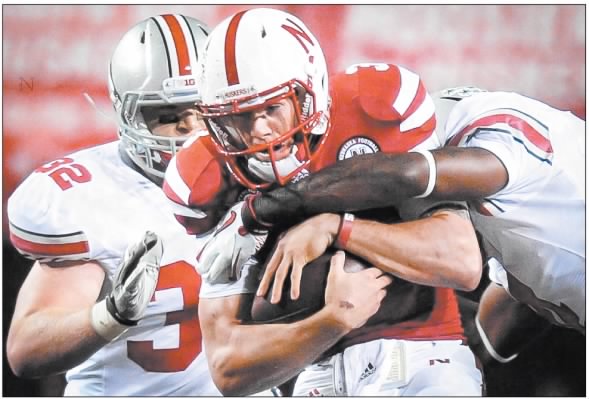 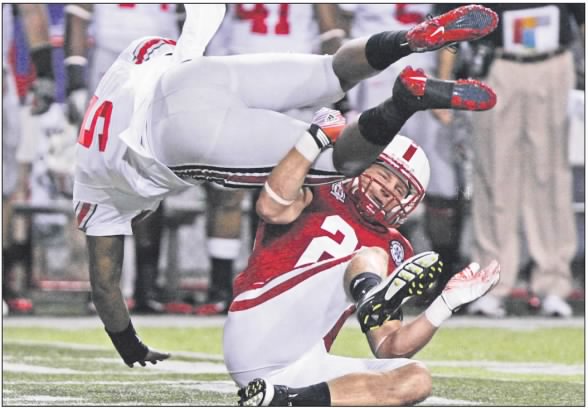 Huskers rally from 21 down to beat Buckeyes

Things were looking hopeless in Lincoln when Ohio State took a 27-6 lead early in the second half, but the game changed with Lavonte David’s tackle and strip of OSU quarterback Braxton Miller midway through the third quarter.

Two plays later, the Huskers scored the first of their four unanswered touchdowns for the largest comeback win in program history, 34-27.

In the fourth quarter, the Huskers drove 72 and 78 yards, with Rex Burkhead scoring on a 30-yard pass play and a 17-yard run.

Lavonte David, seemingly the last Blackshirt with a pulse, pumped life into the whole team with an All-America play.

We saw the worst of Nebraska football, and then best, all wrapped up in 60 madcap minutes.

Nebraska somehow pulled off a triumph that, in the span of the second half, altered the mood of a skittish fan base.

[Martinez] swallowed his anger, found his poise and rallied his team.

[Martinez] kept his poise all night long, much to the chagrin of a couple of Martinez-bashers that were within earshot of me.

David turned crisis into opportunity and angst into hope,

There are no easy answers why this team has lost its edge on defense. Maybe it gained some of that back on this night.