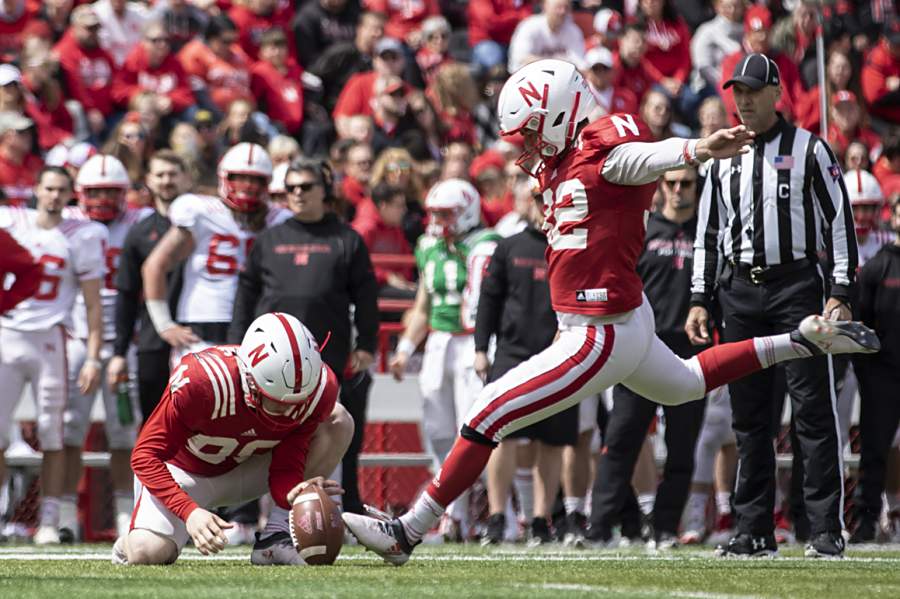 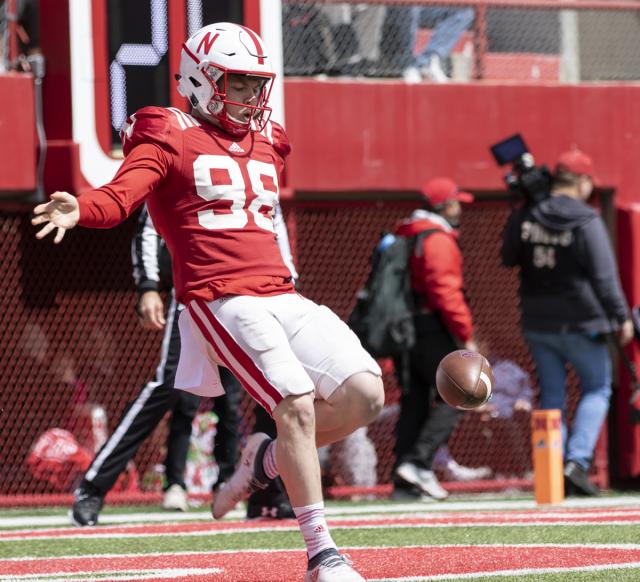 Kenny Larabee, KLIN
Isaac Armstrong
By Jeremy Pernell on 8/30/2019
It’s not just on defense where Nebraska needs to vastly improve to become a Big Ten contender. The special teams units for the Huskers have bounced between below-average and atrocious for the last four seasons. Jovan Dewitt’s unit struggled for the first half of the 2018 season but started seeing some improvements as the season wore on. A big bugaboo were penalties. In 12 games, the Huskers were flagged on special teams 12 times for 114 yards. The Huskers had holds and blocks in the back that negated returns, kick catch interference calls and facemask penalties. They even had an offsides infraction on an onside kick attempt by Caleb Lightbourn that will be a mainstay on blooper reels. Only three of those penalties were called in the last six games, however.

The punt coverage unit also struggled. They allowed two punt returns for touchdowns, including one against Troy that was a big reason the Huskers lost. They ranked 111th nationally in punt coverage, allowing 11.3 yards on 18 returns, and had a punt blocked. Former punter Caleb Lightbourn’s struggles with his directional punting had a lot to do with that. Dewitt replaced Lightbourn with Isaac Armstrong for the last seven games of the season and the Huskers enjoyed an impressive turnaround in the final month. In the first five games last year when Lightbourn was the starter, Nebraska gave up 180 of the 203 punt return yards they allowed all season. In the last five games, the Huskers allowed just 16 total punt return yards.

One area where Nebraska needs to significantly improve is in the return game. The Huskers were dead last in the Big Ten (126th nationally) in kickoff return yardage, averaging just 15.8 yards on 31 returns. They weren’t much better on punt returns. Nebraska ranked 60th in punt return yards, with 150 total, but 77 came from JD Spielman’s return touchdown against Bethune-Cookman. Opponents punted to the Huskers 58 times last season and the team only managed to return 15 of them. The punt return by Spielman was the only score in the 65 tries dating back to De’Mornay Pierson-El’s breakout 2014 season. In the last four years, the Huskers have the third-fewest punt returns in the Big Ten, and rank 11th in the conference in average kickoff return yardage, getting just 19.5 yards per return.

All this ineptness culminated in Nebraska’s offense ranking 123rd in the country in starting field position. Husker drives began, on average, at their own 26-yard-line, which was further from the endzone on average than all but seven teams. On the flip-side of that coin, opponents were starting at their 31, only 29 teams let their opponents start further down the field than the Huskers. The staff knows this is an area where they need to get better. “If you can get a return and start your possession on the 29-yard-line or better, you have a 75 percent more likely chance of scoring points on that drive,” Dewitt said last fall.

Dewitt seems confident his special teams units will improve in all facets from last season. “I think our return game has gotten a lot better,” Dewitt said. “And I think that’s even as much as it’s a function of the guy was catching the kick, it’s up front, we’re just more athletic than we were a year ago. We’re just we’re bigger, stronger and faster than we were, I think we have a better understanding of what we’re trying to get accomplished on any given special team unit. So I think we have a chance to be a little bit more aggressive with it now.”

There was a pretty spirited competition this offseason for the punter spot. It reportedly wasn’t decided until the last week or so of fall camp. Isaac Armstrong came out on top. The senior took over for Caleb Lightbourn at midseason last year and averaged 43.6 yards per punt, which ranked second in the Big Ten and was the ninth-highest average in program history. Armstrong had seven punts of 50 yards or longer and had a 73-yard punt against Northwestern, which is the seventh-longest in school history. He was outstanding at ball placement and hang time, dropping 9 punts inside the 20 compared to just 3 touchbacks. Only six of Armstrong’s 32 punts were returned, including two fumbled returns. Opponents only averaged 0.2 yards on those six returns as well. For his efforts, the Lincoln Southwest grad was an honorable-mention All-Big Ten choice by both the media and coaches.

Nebraska seems to be in good shape long-term because William Przystup more than held his own and made the decision difficult for coaches. Jovan Dewitt knew of Przystup, who is from Oviedo, Florida, and had recruited him while he was still at UCF. Przystup ended up walking on at Michigan State and was the Spartans’ primary punter over the final four games of last season, while still preserving his redshirt. He averaged 40.6 yards per punt, put nine inside the 20 and hit five 50-plus in 27 attempts. As fate would have it, Przystup’s game experience included seven punts (42 yard avg.) at Memorial Stadium against the Huskers. On that day, he hit two 50-plus yarders and put one inside the 20. Przystup announced his transfer to Nebraska from Michigan State on Feb. 11. At the time the expectation was that he’d have to sit the 2019 season and have three years of eligibility remaining beginning in 2020. However, in April, the NCAA rules committee relaxed transfer rules pertaining to walk-ons, allowing them to transfer without sitting a year. Thus, Przystup won’t have to sit out a season.

Nebraska should be in good shape at kicker as well. After being ranked the nation’s No. 4 prep kicker, Barret Pickering hit on 14-of-18 field goals, and 40-of-41 extra points this past year as a true freshman. He was 13-of-14 inside of 40 yards, with his career long being a 47-yarder in snowy conditions to win the game against Michigan State. His confidence seemed to be at an all-time high after that November game. He accounted for all nine of Nebraska’s points in a 9-6 win that was the schools first victory without scoring a touchdown since 1937. The Alabama native finished the season strong, making his final 10 field-goal attempts and final 26 extra-point tries. One of Pickering’s misses was from 55 yards in tricky winds, so he basically only missed three field goals that he had a reasonable opportunity to make. Pickering also took over the kickoff duties from Caleb Lightbourn for the final three games of the season. He had touchbacks on 6-of-18 kickoffs, and his directional kicking helped the Huskers limit opponents to just 16.9 yards per return. Pickering feels his leg has gotten stronger in Zach Duval’s strength and conditioning program, and his confidence is sky-high heading into 2019. He’s capable of competing for All-Conference honors this season.

The Huskers will have a trio of game-breakers handling the return jobs. Wan’Dale Robinson and Maurice Washington will handle kickoffs, while JD Spielman will reprise his role as punt returner and will step in if Washington misses any time because of his legal situation.

Depth is starting to improve on the roster and that is usually reflected by better special teams play. Pickering and Armstrong finished last season kicking the ball very well. You’d hope they continue where they left off. Dewitt has some dynamic athletes at his disposal to help the Huskers flip the field occasionally. This unit has the capability of really taking a big step in the right direction. Position Grade: B-