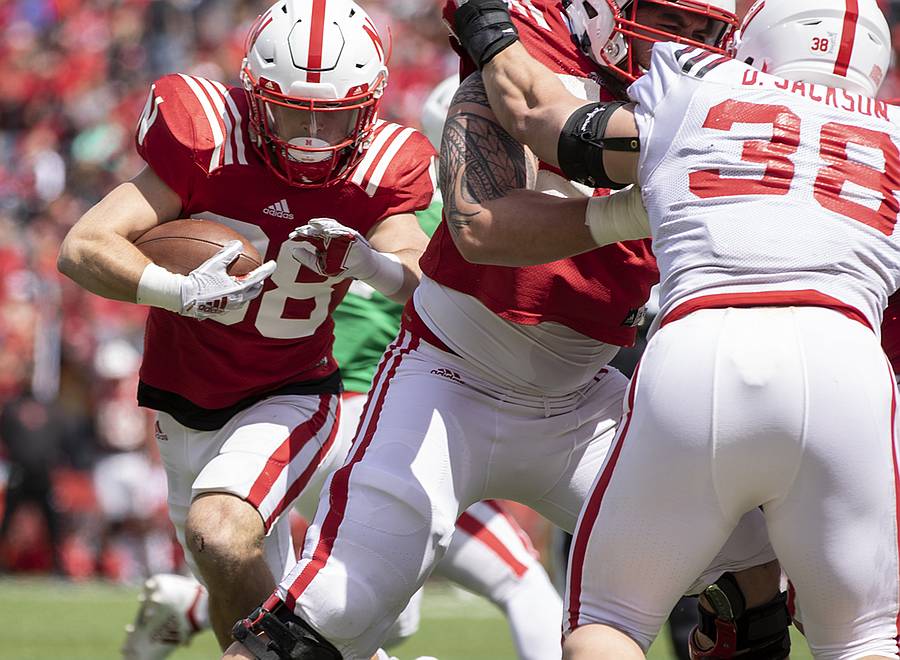 In front of a crowd of 85,946 fans on a beautiful sunny day at Memorial Stadium, the Nebraska football team hosted its annual Red-White Spring Game on Saturday and the Red Team prevailed with a 24-13 win.

Saturday marked the second straight year that Nebraska has had over 85,000 fans for its Spring Game after a record 86,818 fans attend last year’s event.

Offensively, five quarterbacks saw the field and with sophomores Adrian Martinez (110) and Noah Vedral (144) each throwing for over 100 yards. Jaylin Bradley led all rushers with 57 yards on 12 carries while Brody Belt was close behind with 53 yards on 13 carries. Miles Jones, Todd Honas, Wyatt Mazour and Bradley each caught three passes, while Kade Warner led all receivers with 58 yards.

The Red squad opened the scoring on the first drive of the game, marching 75 yards in eight plays. A 3rd-and-10 conversion covered most of the yards with Martinez finding Warner for a 57-yard completion. Three plays later, Martinez ran up the middle six yards for a touchdown.

It was a day for the Husker family, which is growing both wider and closer.

What a difference a year makes. Nebraska has a green team now, real quarterback depth.

Both the Red and White defenses came to play on Saturday and finished off an all-around strong spring.

Nebraska appears ready to re-enter the spotlight of college football, and this time there is no fear of wilting in it.

Defensive lineman Darrion Daniels is better than any of the defensive linemen the Huskers had a year ago, and all of those guys have also taken a big step forward this off-season.

Nebraska’s ticket into the hunt is a rising star quarterback, and a vastly improved defense. Based on what we saw on Saturday, that starts up front.

Nobody's saying Nebraska's ready to run roughshod in the Big Ten. But folks seem to like the program's trajectory.