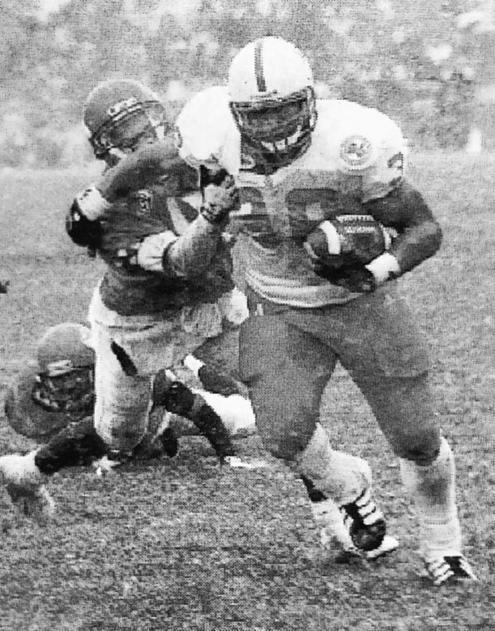 Huskers bounce back for win on road

Behind the punishing running of I-back Dan Alexander, the Huskers rebounded from their loss the previous week to defeat Iowa State, 42-7.

Alexander, making his first career start, rushed for 110 yards and three touchdowns on 22 carries as the Huskers churned out 359 rushing yards on a snowy day in Ames.

After Alexander’s third touchdown of the day increased the Husker lead to 28-0, NU added a pair of fourth-quarter TDs, a 16-yard run by senior quarterback Monte Christo and a 65-yard interception return by Joe Walker. With that return, Walker became only the fifth player in NCAA history to return an interception, punt and kickoff for a touchdown in the same season.

A solid win over a really bad team. Crouch and Alexander are starting to gel.

After struggling the last two weeks against Missouri and Texas, the Husker offensive line came out strong against the Cyclones,

Oh what a game against Iowa State will do for the old morale factor.

The good news for Husker fans is that on Saturday, their team played like those losses to Texas and Texas A&M were distant memories.

Believe it or not, ISU didn’t look too horrible. It competed, at least for a while.