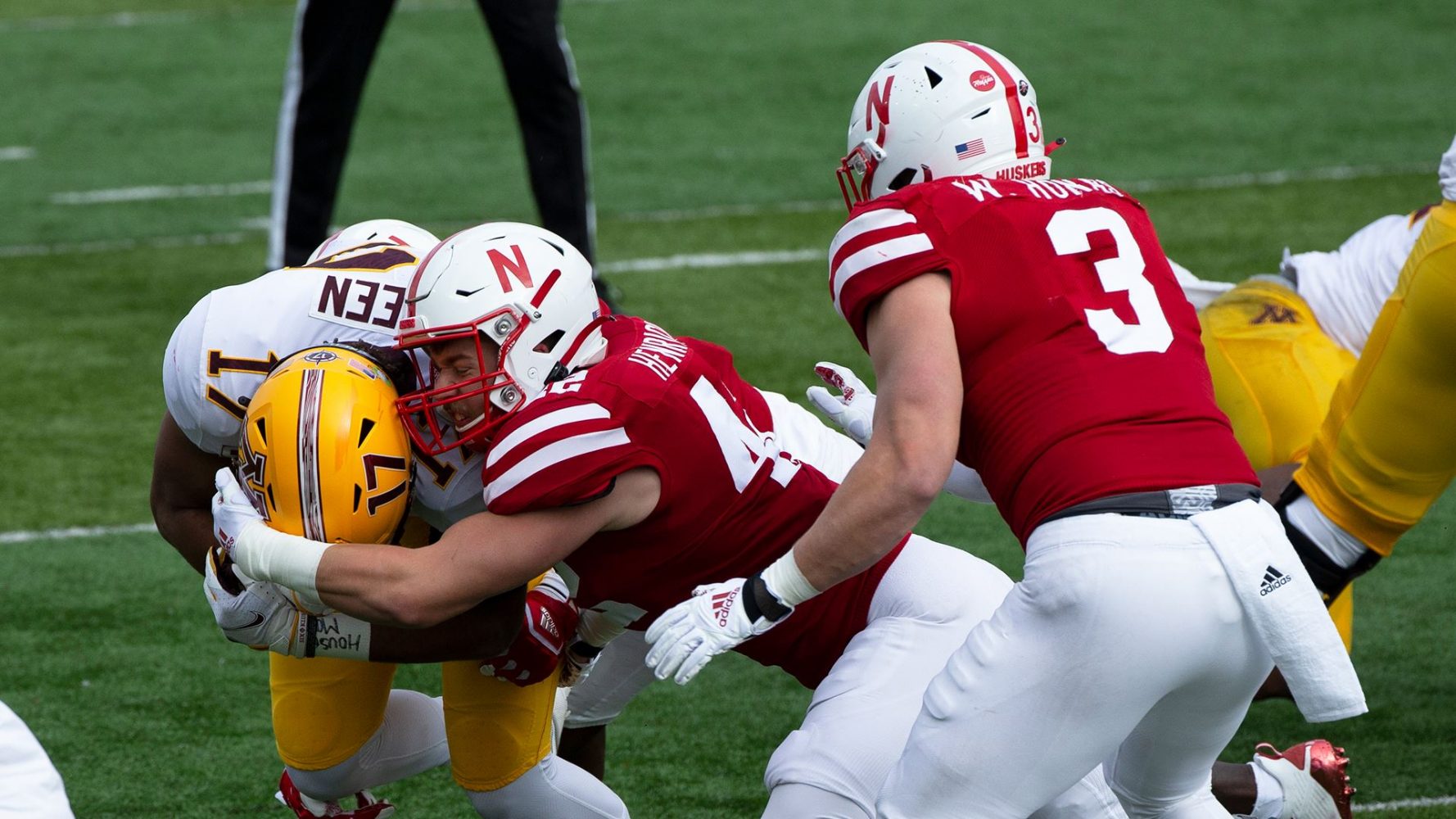 By HuskerMax on 12/12/2020
Highlights from Nebraska’s 24-17 loss to Minnesota. The Husker offense sputtered against the Gophers, who entered the game with the Big Ten’s worst total-defense average. | Game page

The star @GopherFootball RB seals a 24-17 win at Nebraska with two huge runs and an unselfish finish: pic.twitter.com/VrL0zN4Jir

This sequence was wild. 😮

Potts got stopped on the helicopter hit, but @_MoIbrahim saved the @GopherFootball drive on 4th and Goal: pic.twitter.com/Lu9nnZ9qQc

BALL! @GopherFootball is turning up the defense in the 2nd half. 😤 pic.twitter.com/p9xRTEDyaj

And JoJo Domann (@TheDomannator) didn't give up. He made a SPECTACULAR play on the pass break-up for @HuskerFBNation instead. 😱 pic.twitter.com/Yp7mR3m3Nc

The answer to your question is yes. https://t.co/xmyC58hmsA

Austin Allen couldn't be more wide open. 👏@HuskerFBNation gets on the board on this nice Martinez toss: pic.twitter.com/LaZm4AdCeT

The @GopherFootball defense comes up big in the first quarter 💪 pic.twitter.com/osAMBpCOpg

.@HuskersTurf is getting the field cleared. We had quite a bit of accumulation and it’s still coming down! pic.twitter.com/g7TS0HO5Df

When the snow blower breaks down… you improvise. The last 50+ yards finished with a Gator and a blade. The other gators were used to take the snow elsewhere after scooping it into the back.

Here is a time lapse courtesy of .@kpoore57 who helps us manage stadium operations. pic.twitter.com/3UYgWMKxeu