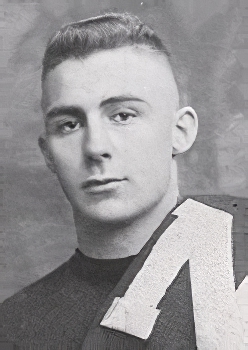 The 1918 Cornhuskers, ending a five-week layoff forced by the Spanish influenza pandemic, shut out an Omaha Balloon School team studded with college players from such schools as West Virginia, Georgia, Penn, Washington and Penn State.

The game with the Army trainees was arranged after Nebraska’s Nov. 2 at Missouri was canceled because of the deadly flu outbreak.

It was a colorful Saturday in Lincoln, with the Balloonists bringing a brass band, a live black bear mascot, an airplane and a big yellow balloon with them from Fort Omaha.

With about two minutes left in the first period, quarterback Harry Howarth’s one-yard plunge gave Nebraska a 6-0 lead. In the second quarter, halfback Elmer Schellenberg ran 14 yards to the one-yard line and scored from there for a 13-0 advantage. The final tally came late in the game when Howarth found with Clarence Swanson in the end zone for a five-yard touchdown pass.

The Lincoln Star reported that Schellenberg and fullback Ernest Hubka “were the main driving rods of the Nebraska attack, while on the defense the Husker forwards played rings around the Balloon team’s line. The fact that the army players failed to negotiate a single first down provides the best evidence of the defensive improvement of the Nebraska forwards.”

Schellenberg would not play again in 1918. He left the team the following week to enter officers training school.

• Roster | Schedule | About the Balloon School