Stryker: Under Austin, NU o-line will improve enough to catch ’em by surprise 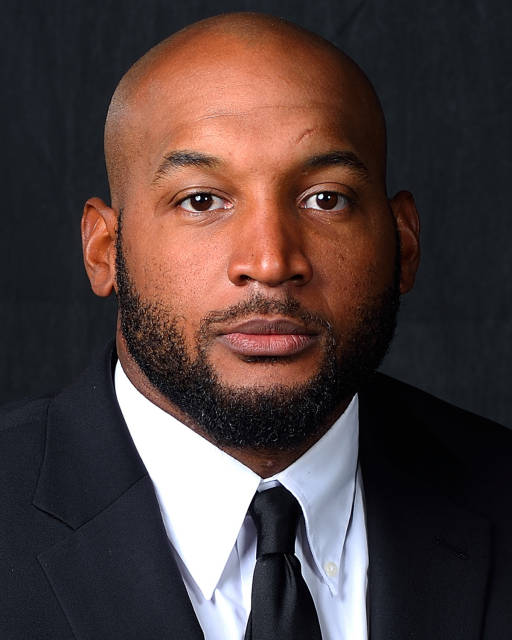 Nothing looked less like Nebraska than the Cornhusker offensive line last fall. So it stands to reason that o-line coach Greg Austin had the most of any Husker assistant coach to accomplish when he moved to Lincoln last winter.

Since media scrutiny has been limited, it’s hard to say with certainty just how far any position group has advanced, but the consensus is that Scott Frost and his staff are making faster progress than expected. The most encouraging development of fall camp has been the raised hopes — even the likelihood — that NU could have an effective running game in Year 1 of the Frost era. Not just adequate, but dangerous. The emergence of first-year Huskers Greg Bell and Maurice Washington and the revelation that Tre Bryant’s knee is fully recovered have inflated everyone’s expectations. Those expectations are valid — that is, if they get enough help up front.

When the phrase, “home run hitters” is being tossed around this early in fall camp, the discerning Nebraska fan who remembers enduring a 4-8 season recently must pause and consider whether this year’s o-line is even capable of punching out something besides an occasional scratch single. That was rarely the case in 2017. That unit was out of shape, usually looked confused, frequently lacked motivation and became worse as the year went on.

There’s no question that many other position groups struggled with similar symptoms. There was plenty of dysfunction to go around. The Huskers were soft against the run, generated no pass rush and were the Big Ten’s worst in turnover margin. But given that one-third of the Huskers in the National College Football Hall of Fame are offensive linemen, that position group richly deserves the spotlight.

With the exception of head coach, where NU got Frost in exchange for Mike Riley, I offer that Nebraska received its biggest upgrade at offensive line coach, where Austin — listed on ESPN’s “Top 40 Coaches Under 40” — replaces Mike Cavanaugh, who (not coincidentally) also got worse each year he stayed in Lincoln.

So the main question is this: was Nebraska’s coaching in 2017 so bad that it’s a lead-pipe lock the same offensive linemen (only left tackle Nick Gates is gone) will look much better under different leadership in 2018?

That’s no secret to most Husker fans, but the majority of the national college football world has not yet figured it out. Nebraska has above average talent in the o-line. It had that talent the past two seasons, but Cavanaugh did nothing with it.

Over the last 20 years, the image of the Nebraska offensive lineman degenerated from oilfield roughneck to Stay Puft Marshmallow Man. It’s going to be hard for Austin to take the same players all the way back in just one season. But with the help of strength and conditioning coach Zach Duval, he can make them at least as fit as a rank-and-file Boilermaker, and go for much more in 2019.

Austin will at least show the world in 2018 that the Big Red hasn’t forgotten how to run option football. The possibility for a quick turnaround is there for the taking.

Throughout Riley’s three years in Lincoln, I repeatedly wrote that he would succeed as head coach to the extent he succeeded at returning Nebraska to “Offensive Lineman U.” That, of course, was because the success of Riley’s pro-style scheme depends heavily on talented, athletic offensive linemen who can pass block and run block at a high level. I’m not making that same prediction for Frost, because his fast-paced, run-pass-option attacks from all angles, and appears to demand less of its offensive linemen. However, to reach championship level performance, Husker linemen will at least need to be powerful and mobile.

First things first. Forget about putting green “no-contact” jerseys on quarterbacks, where the Huskers have good depth. Instead, put one on left tackle Brendan Jaimes.

In September, we’ll get our first indication whether Husker o-linemen are still susceptible to the foot, ankle and knee injuries which plagued them the last few years. If Duval is successful, that will slow considerably, but if someone goes down at tackle, Nebraska could be in trouble. Who will step up behind sophomores Jaimes and Matt Farniok? That will be big news in the last half of fall camp. It looks like junior Christian Gaylord and sophomore Matt Sichterman have the best shot. NU needs at least one to be ready.

Austin has started chipping away at what could be a three- to five-year project before he has NU’s offensive line back where it needs to be, but in Year 1, he has to be at least good enough to catch opponents by surprise and make them pay for taking Nebraska lightly.