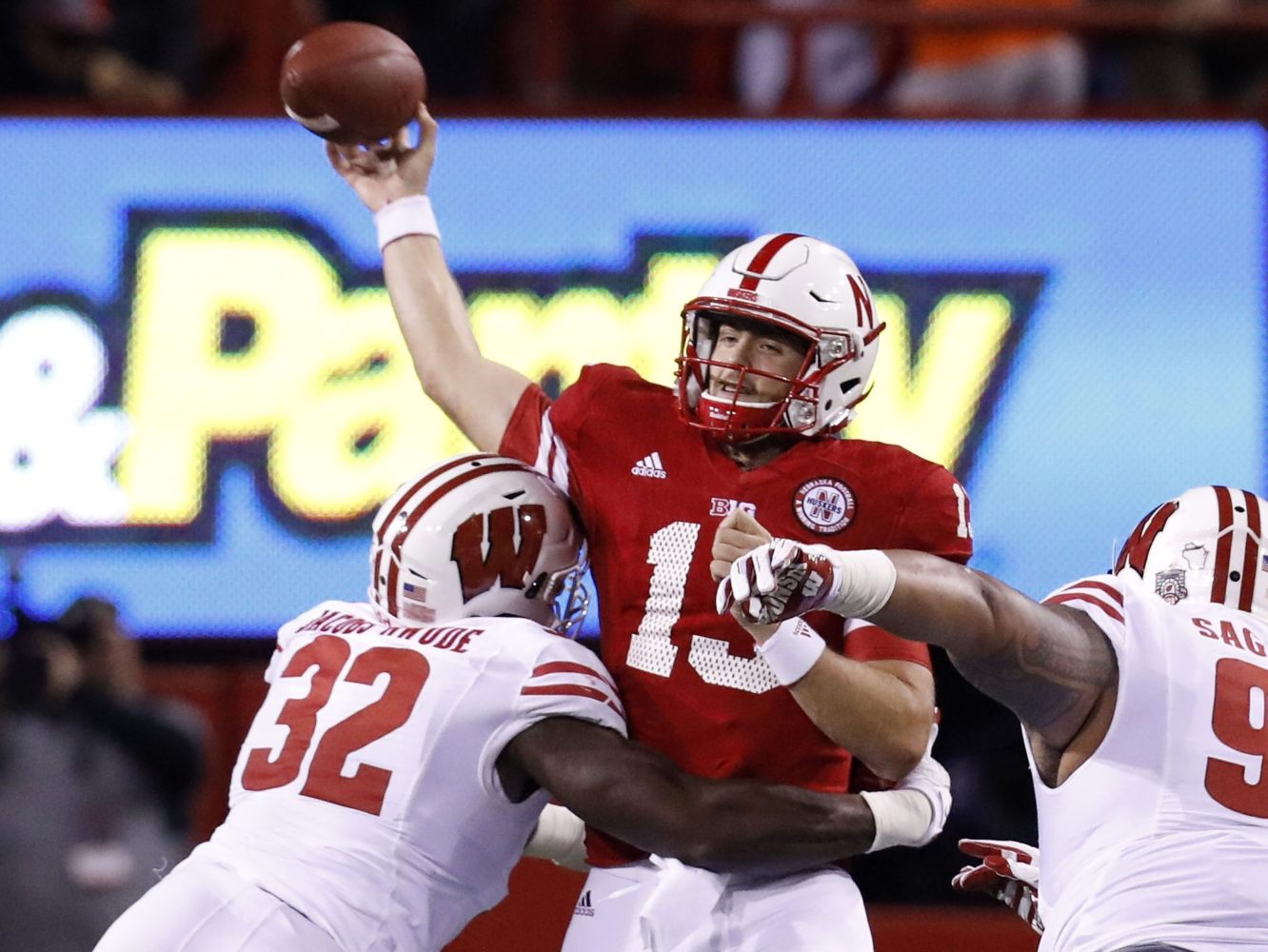 For the 20th anniversary of the 1997 Nebraska national championship team, the Wisconsin Badgers came to Memorial Stadium and played a tribute concert. Word on the street is that no Nebraska band could be found for the gig.

It was appropriate, I suppose, that the organization which most appreciates the soul-crushing power of the 1997 Huskers was the one to do the honors. The Nebraska athletic program doesn’t seem to have a stomach for that sort of thing these days.

That second-half collapse (Nebraska was outyarded 238-68 after halftime) was a complete embarrassment. Led by freshman Johnathan Taylor’s 249 yards, Wisconsin piled up 353 yards on the ground, which is about what Nebraska averaged in their fifth national championship season. I regret that Aaron Taylor, Jason Peter and Grant Wistrom had to see this in person.

What you saw Saturday night was the superiority of rushing yards over passing yards, a theme that has played out in college football for generations and will continue to do so. What you saw was the superiority of the power football philosophy that former Lexington High School coach and Husker player Barry Alvarez and his Wisconsin athletic department copied from Nebraska.

The saddest part of this whole wretched mess is that the Huskers, from the athletic director to the head coach to the offensive coordinator to the offensive line coach, have made very little perceivable effort to re-establish this philosophy in Lincoln. Judging by results they’ve produced, they’d rather hang out at other types of concerts.

Power football crushed a balanced attack in a house where we’ve seen that theme played out time and again. Except that for about 40 years, it was the host Huskers who were doing the crushing and demoralizing. Not so these days.

Wisconsin’s 38-17 beatdown of Nebraska was a danger sign for the direction of Mike Riley’s program. This was not a good loss for the Big Red. There were a few encouraging signs here and there, but they were largely drowned out by the superiority of Wisconsin keeping the main thing the main thing.

The Badgers completely demoralized a good defensive unit while Nebraska’s skill players (a.k.a. “All Those Weapons”) watched from the sidelines.

And when those skill players got on the field, they muffed passes, including a game-changing drop by De’Mornay Pierson-El in the end zone in the first half, and lost one-on-one battles for the ball all too often. With the exception of Stanley Morgan’s 80-yard touchdown catch (and a beautiful downfield block by freshman Tyjon Lindsey), the Husker playmakers didn’t make many plays. Devine Ozigbo ran hard when he had a crease to run through, which was rare, but the Huskers need a breakaway threat at I-back in the worst way.

They need an all-conference offensive lineman in the worst way. Actually, the material is there. They just need a coach who can develop it.

Paul Chryst completely outcoached his mentor. Riley whiffed badly in a week when he could have made a compelling statement about why the new athletic director should keep him around for 2018. He may make that statement later this season, but he missed a great opportunity on a “Blackout” night in Lincoln that was much more widespread than I anticipated. Somehow, the energy didn’t reach the field.

But hey, Morgan had a career-high 115 receiving yards, so there’s that. The Nebraska philosophy at present seems to be “Come to Lincoln, pile up receiving stats on mediocre teams and go to the NFL.” I hear on the message boards that a lot of folks like that sort of music these days. I don’t quite understand the theme of those songs, but it seems to have something to do with “touches” being more important than victories.

Is there any question why one four-star offensive line recruit is worth a handful of four-star wide receivers? How many of each were in the stadium on one of this, supposedly one of the biggest recruiting weekends of this century? I’ve got nothing against four-star wide receivers. Nebraska needs a few of them. But even if the Huskers sign a boatload to national letters of intent this winter, they’re of precious little use standing on the sidelines while the opponent is burning clock and grinding the Husker defense into the turf. Nebraska needs more power in the trenches, and it needs coaches who understand how to use the offensive talent they have.

Wisconsin’s coaching staff could take Nebraska’s talent and within three years, turn it into a near-copy of the 2017 Wisconsin attack. It makes me wonder what Husker offensive line coach Mike Cavanaugh has been doing all this time, and why he still has a job. Riley should say goodbye to Cavanaugh and let graduate assistance Tavita Thompson coach the o-line the rest of the season. And Riley should take play-calling responsibilities from Danny Langsdorf.

I see more hope on the defensive side of the equation. There’s been improvement under John Parrella along the defensive front, although Mick Stoltenberg and the Davis twins were pushed all over the field once the fourth quarter started. It was deeply disappointing to see the Blackshirts fritter away momentum after each NU touchdown by each time letting Wisconsin move the length of the field for an emphatic answer both times.

The Huskers’ lack of power and depth in the offensive and defensive lines is a severe problem, and Nebraska will remain a midlevel team in the Big Ten until they make resolving that issue their No. 1 priority.

What should be done? The first thing is to hire an athletic director who sees the opportunity to restore a sleeping giant to greatness and pump life across the board into Cornhusker sports programs, and is ready to do so. That AD should demand an uncompromising focus on improving the Huskers’ line play.

To save his job at Nebraska, Riley needs to reinvent himself. But can he hear the music this late in his career? If not, he’ll soon have to face it.