Stryker: Well, it’s a win … Riley, Huskers, wiggle off the hook at Purdue 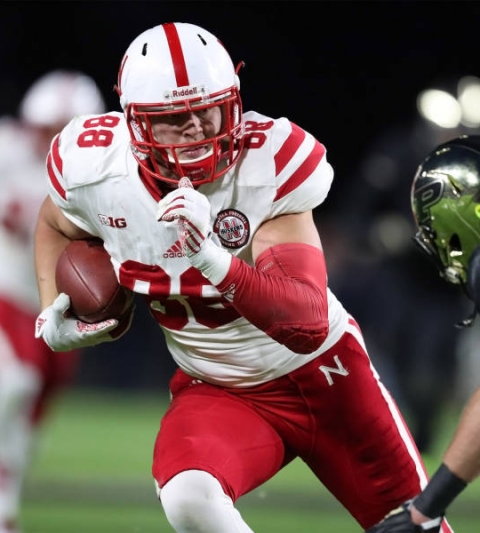 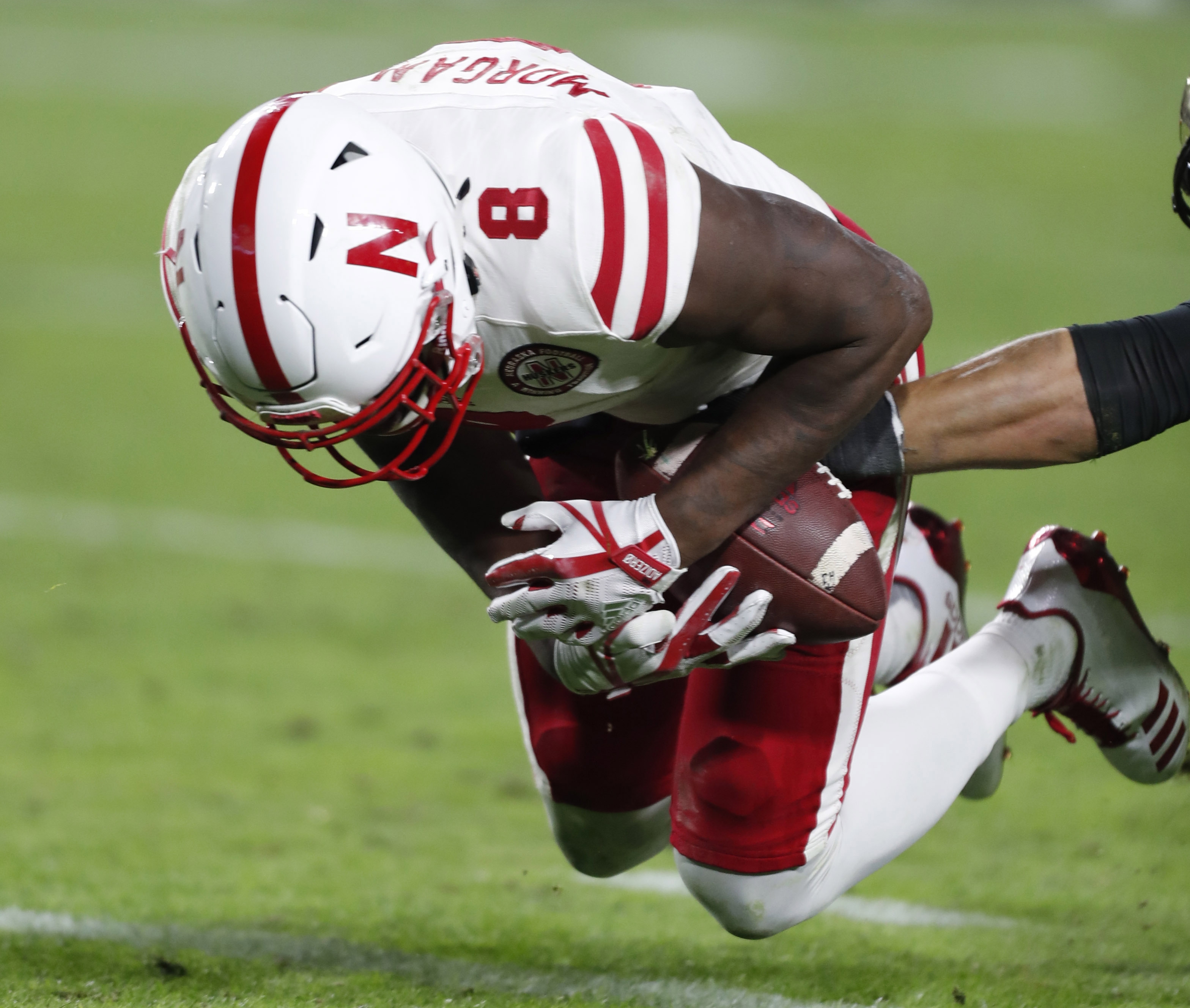 Brian Spurlock-USA TODAY Sports
Morgan with the winning TD.
By Tad Stryker on 10/29/2017

Can you beat a sub-.500 Big Ten team on the road without a rushing attack? It turns out you can — at least this time, anyway.

In a game that typified the Mike Riley era as much as any, Nebraska got pushed around much of the night by the Purdue Boilermakers, but hung around thanks to four field goals by senior Drew Brown and finessed its way downfield in the final minute to keep bowl hopes alive with a 25-24 win.

A courageous performance by quarterback Tanner Lee overcame a stunningly poor showing by the Nebraska offensive line and may have saved his coach’s job. It at least gives Riley a fighting chance to do something more to salvage his employment in Lincoln next season, but there are all kinds of warning signs. The outcome gives an unbiased observer no reason to believe the Cornhuskers are anything but a midlevel team with an unhealthy aversion to blocking and tackling, and a less-than-50-50 chance to finish second in the Big Ten West.

Lee completed seven of eight passes to drive Nebraska 70 yards in the final 1:22 of the game, hitting Stanley Morgan on a 13-yard touchdown pass with 14 seconds remaining. For the game, he completed 32 of 50 passes for a career-high 431 yards and two touchdowns with no interceptions. This was despite getting sacked three times, absorbing several other blows as he threw the ball, and having at least three passes dropped.

Purdue co-defensive coordinators Greg Hudson and Nick Holt also gave Riley a career boost by deciding to play a soft prevent defense in the final 82 seconds of the game, putting no pressure on a Husker o-line that was on the verge of cracking. That decision may have cost the Boilermakers a bowl game this season.

True freshman I-back Jaylin Bradley can stand close to the front of the line as one of the offensive players most responsible for the victory. He played much of the second half, rushing seven times for 42 yards and catching three passes for 31 yards. Devine Ozigbo caught three passes on the game-winning drive as well. Riley and Danny Langsdorf at least made progress in getting tight end Tyler Hoppes (five catches for 105 yards and a touchdown) and the running backs involved in the passing game.

The best move Riley could make would be to fire Mike Cavanaugh today as offensive line coach — something he should have done last December but, failing that, certainly over the bye week — and either take over that responsibility himself or hand it to graduate assistant Tavita Thompson.

You get what you emphasize, which is why the 4-4 Huskers have a decent two-minute offense but an ineffective offensive line. If left unchecked, this trend will bring down Riley and his coaching staff.

Lee’s game-winning pass to Morgan was the only touchdown Nebraska scored in six trips to the red zone. You can live only so long playing that kind of football, and without an effective running game, it’s going to be hard to reverse that trend.

The Husker defense looked outclassed at times in the first half, then played better in the second. Sophomore cornerback Lamar Jackson had his best game of the season, fighting through blocks on a pair of bubble screens. He showed better tackling form and just as importantly, some mental toughness, returning after leaving the game with a shoulder injury. He finished with a team-high eight tackles.

Overall, Bob Diaco’s defense tackled poorly much of the night and allowed 199 yards rushing, but at least held together against a Purdue offense that entered the game ranked fifth in the conference in total offense. The Husker defense gave up 363 total yards, about 20 yards below Purdue’s season average. There are several individuals who play with confidence, but as a unit, they don’t fly to the ball and they still tend to sit back on their heels, yielding the initiative to the offense.

Coming off a bye week, Nebraska looked astonishingly ill-prepared in the first half and trailed 14-6 at halftime. At that point, the Huskers had more than five times as many penalty yards (45) as rushing yards (8).

The offensive line has a lot of time playing together, but it still doesn’t play well as a unit. It lacks passion and focus. It doesn’t do the small things well. Far too often, it looks flat-out lazy, showing a mindset similar to that of a basketball team unwilling to move its feet and play hard. Junior left tackle Nick Gates has tremendous ability but his motor is stuck in low gear. After 31 career starts, he still tends to reach and grab instead of proving he has the footwork needed to get him to the next level. He had two holding penalties against Purdue. Sophomore center Michael Decker had one before leaving the game with an injured knee, and his replacement, Cole Conrad, was flagged for yet another.

I get it that Nebraska has a fairly young o-line. You can look at that as a liability, or you can view it as an opportunity for a coaching staff to develop talent. By this stage of the season, a well-coached team filled with young talent should be gaining momentum. Just the opposite is happening with the Husker o-line, which is proving to be fragile in almost every way.

Overall, though, Lee and Nebraska showed heart in the second half, and at least gives itself something to build on as it prepares to host Northwestern, a team that has traditionally played well in Lincoln ever since Nebraska joined the Big Ten.

But here’s the biggest warning sign. This is not a physically impressive Nebraska football team on either side of the ball. Purdue was the more physical team Saturday night. I’ve never seen so many Huskers limp off the field against a relatively unimpressive opponent.

The biggest sign of hope is, of course, the mental toughness and gradual overall improvement of Lee. If the Husker quarterback can transmit that toughness to the rest of his team, he may have, by the slimmest of margins, turned around the Huskers’ season. If not, he merely delayed the inevitable by a week or two.