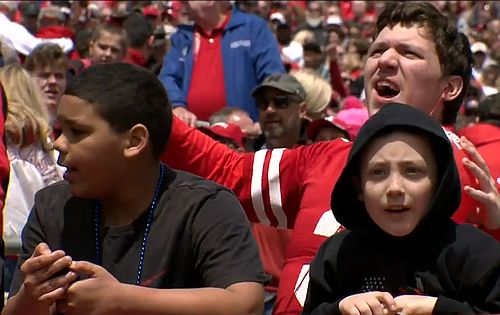 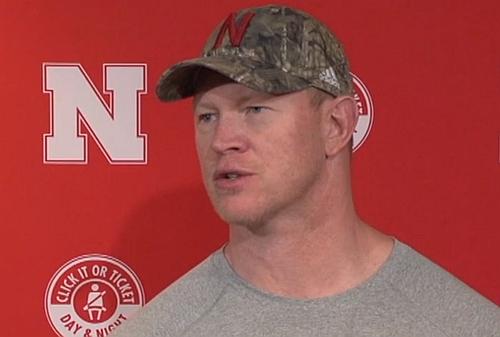 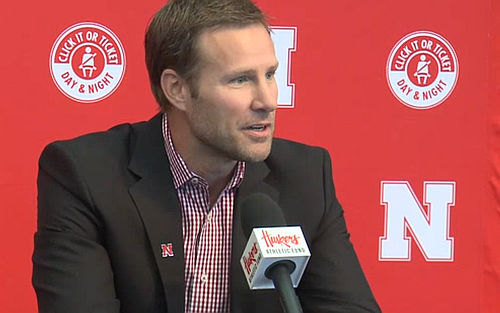 With a brutally cold and snowy winter finally in the rearview mirror, Cornhusker fans filled the streets, restaurants, bars and tailgate sites of Lincoln on a sunny but cool and windy morning before the annual Red-White football game. If today’s pregame survey is any indication, most share the sentiment, “It’s a good time to be a Nebraska fan.”

Despite no conference championships to celebrate in the past two decades, Nebraska fans are definitely encouraged by the hiring of Scott Frost and Fred Hoiberg, with high hopes for the near future.

Well over three-fourths of the responders said said their optimism level is “8” or above, with a plurality of 33 choosing the extremely optimistic “10.”

Even after a 4-8 season, one fan said, “Can I choose 11 on Frost?” and another said, “Hoiberg is about the best coach we could have gotten right now.”

Some fans had measured responses (13 of them chose a midlevel rating of 5, 6 or 7.

“Until I see a team that’s dominant, I don’t get too excited at all,” said Robert Johnson of Lincoln.

Harriet Dauber of Lincoln said she’s not too sure about the football team, “but I’m hopeful about Hoiberg and the basketball team.”

I discovered someone with a unique combination of fan loyalties. Tim Moore of Cedar Rapids, Iowa, has Florida roots. He was wearing Husker gear Saturday morning, although he claims to be a fan of both the Huskers and the Miami Hurricanes.

“I’m 100 percent positive on Frost, because of what he did in Florida at UCF,” Moore said. “They were still good a year after he left. I like Hoiberg, too.”