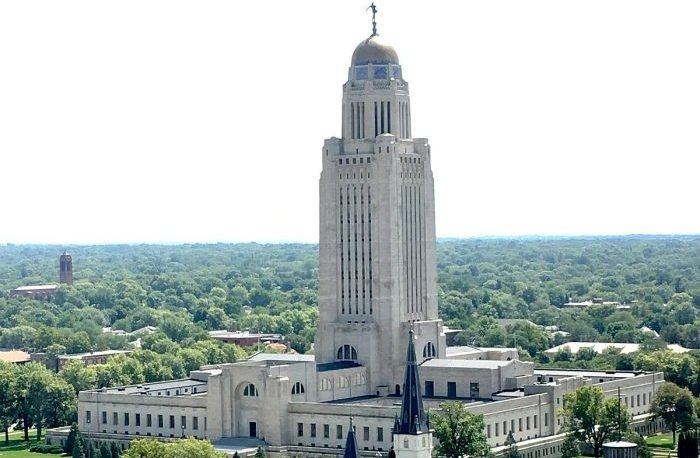 Two arguments are swirling through the sports community of the Cornhusker State, and in the state legislature, whose current session recently passed its halfway point. One is part of a national debate on how amateur athletes should be compensated. The other is a statewide discussion on whether Nebraska should make it easier to bet on sports. Both have been the subject of polls on HuskerMax.

Let’s be clear — amateur athletes are already being paid, although the methods and amounts of compensation certainly are not uniform across the nation. And Nebraskans are already betting on sports, although they have to go out of state to do it legally.

First off, gambling. Playing games of chance is a matter of personal choice, as is taking opioids, drinking alcoholic beverages or any number of things that could be considered risky behavior. But some people are much more prone than others to abusing those things, and it eventually becomes a question of how the abuse and its aftermath affect the general welfare.

LB 791, introduced by Sen. Justin Wayne of Omaha, would legalize pro and college sports betting in Nebraska. Obviously, Wayne is right when he says Nebraska, by not having legal sports gambling, is losing potential tax receipts to Iowa, but based on the experience of our neighbors, in the big financial picture, that really won’t matter much. More importantly, in the lives of people, it could do a lot of harm.

Where’s the evidence Iowa or Colorado is better off because of their “sin tax” receipts? If you look at sports gambling alone, it’s too early to tell; both states passed their sports wagering referendums just last year. But Colorado’s taxes on casino gambling and recreational marijuana provide a good example. For more than five years, Colorado has used much of its 15% excise tax on marijuana sales for public school construction and maintenance. And Colorado’s casino industry has been in high gear for almost three decades (at least half of its tax revenue goes to Colorado’s State General Fund), so it’s safe to say that even adjusting for Colorado’s population, which is three times that that of Nebraska, the Centennial State is flush with the tax money that legislators like Wayne seem to crave. Yet it doesn’t seem to satisfy Colorado’s cravings. Their legislators argue just about as much as Nebraska’s how to solve their school financing problems, and my Colorado relatives can testify that it takes as long as any other state to get highway construction projects finished.

How would expanded sports gambling in Nebraska help the little guy? It’ll likely do just the opposite in my south downtown Lincoln neighborhood, where even relatively penny-ante gambling like the Nebraska Lottery already hurts low-income people (especially those who have young children), because many are tempted to gamble away their money in the lottery instead of using it for necessities. The lure of the possible — but extremely unlikely — big payday screws up their judgment.

So should we make it easier for them to blow $100 by removing the inconvenience of finding a ride to Council Bluffs? If lack of affordable housing is already a problem, as so many activists say, how will this help? It’ll just make it easier to add gambling to the list of destructive self-medications my neighbors already use, including alcohol, cigarettes and meth. Exploiting the weakness or desperation of others is called pandering. It certainly shouldn’t be called “progressive.” If a people can be judged by how they treat their most vulnerable, as I’ve often heard, then this question has an easy answer.

I’m also skeptical about the rush to further compensate amateur athletes, although it’s a much less clear-cut issue in my mind. Consider the alleged exploitation of college football and basketball players who help bring in huge amounts of revenue for schools, which most “pay-the-players” legislation is designed to remedy. One example is the cost-of-attendance stipend, which has already become reality. At Nebraska, the “pay the exploited athlete” concept turned out to be a bait-and-switch. Instead of paying the exploited football and basketball players only, the Husker athletic department decided to pay everyone. The university calls it a “full cost of attendance scholarship,” and it goes to more than 600 student-athletes.

Did somebody in North Stadium decide that tennis, softball and soccer athletes also bring in megabucks for the university? I mean, the purpose of this is to right the alleged injustice of “the man” making millions on the backs of poor athletes to pay big salaries to coaches and administrators, right? Even if you buy that story and follow that line of logic, it only holds true for a relatively small number of major colleges who usually finish near the top of the heap. And most people conveniently forget that plenty of the revenue raised by college football and basketball is spent on non-revenue sports like those mentioned above. You’d be surprised how much it takes to fly a softball team to California for a weekend series.

Nevertheless, in Lincoln, every single student-athlete in a varsity sport gets the full cost-of-attendance scholarship. It’s nice to be able to afford something that costly and wide-ranging, as NU obviously can (being one of about two dozen schools whose athletic departments are in the black), but what about smaller colleges that cannot? What happens to their non-revenue sports athletes? And is that really fair?

We’re already paying amateur athletes, but there’s a movement to legalize a new way to pay them — that is, to legalize any income they can make off their name, image or likeness.

I’ve got to assume that those introducing this type of legislation have the best intentions in mind, but what they no doubt consider progressive ideas could in fact lead to regressive results — by helping the rich get richer when it comes to major college football. Schools at the top of the college football food chain will find ways to exploit new rules like this. There’s a real possibility it could be used to keep down the poor — most notably, students at Group of 5 and smaller institutions who participate in sports like softball, wrestling, lacrosse, hockey and track and field.

I don’t think that’s what Nebraska state Sen. Megan Hunt of Omaha intended when she introduced LB 962, which would allow college athletes in Nebraska make money off their name, image or likeness.

This sort of revenue source may benefit a few dynamic athletes with sparkling personalities. Without national regulation, it likely would make the rich programs richer and the poor programs poorer. In fact, as smaller schools try (and fail) to keep up with football program spending, they’ll inevitably cut some of their non-revenue sports. Those are the athletes who have a legitimate beef.

It’s not hard to foresee high-roller boosters at places like Alabama, Texas, Ohio State, Southern Cal, Georgia and Clemson using their business connections to set up lucrative endorsement opportunities for select football and basketball players. Some federal legislators, like Nebraska Sen. Deb Fischer, fear it would disproportionately help athletes who compete in major markets like Miami, Atlanta, Chicago or Los Angeles. And sure, I can see it helping a select few Cornhusker athletes every year, mainly because Nebraska is so college sports-centric.

Despite the high potential of abuse, such legislation deserves serious consideration. Because it ultimately comes down to a matter of individual freedom and initiative, and it won’t lead to increased taxation, I’m in favor of a player’s right to profit from his or her likeness in video games or in endorsement deals. For college undergraduates, it seems wise to mandate those funds be placed in a trust to be cashed out upon graduation. Players who think they have the skills to be a one-and-done with Coach K at Duke won’t need to fool around with this pocket change, anyway. Let them go right to the NBA, if they’re convinced they can make it.

In fact, I’m all for letting high school graduates skip college entirely and testing their skills to play in the NBA or NFL right away. When enough of them fail, maybe there will be a renewed appreciation for the good things they passed up in college — free room and board, paid tuition, plenty of school-branded apparel, the best training facilities and medical care, the college’s promotional machine. Recent non-athlete graduates awash in student debt are nodding their heads right now.

This movement, if legislators and the NCAA can find a way to keep it separate from the recruitment process, could be one of the relatively few ideas able to garner bipartisan support in Washington these days. President Trump is enough of a populist to capitalize on a proposal with widespread support; he’d sign that legislation.

Expanded gambling in Nebraska? Not a good idea. Legalized name, image and likeness payments to amateur athletes? I’m skeptical, but I’ll buy the theory, if it can be done right.