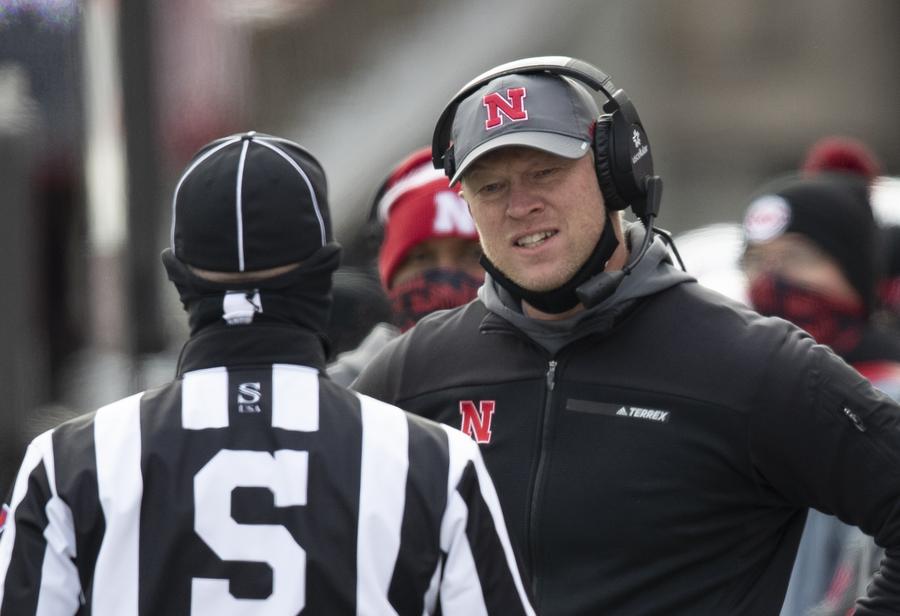 Just a little over three years ago, Bill Moos hired Scott Frost as head coach at Nebraska. In that span, Frost has produced three sub-.500 teams, and appears to have aged about a decade. His lack of success on the field seems to be weighing heavily on him. The good news is that Frost can do a lot to change that situation; the question is whether he will.

The redemption of the Nebraska football program is still pending; it did not emerge from the pandemic in 2020, as I thought it would. I expected the Huskers to win at least five games during their coronavirus-shortened season. That would have meant victories over Illinois and Minnesota, which should not have been that difficult. Think about how different NU’s 2021 outlook would be if Frost’s players had simply executed their base plays like zone reads and bubble screens against those two mediocre Big Ten West opponents.

After the first season (a .333 win percentage), I felt sorry for Frost, because a lot of his team’s self-inflicted problems looked a lot like addictive behavior inherited from the Mike Riley era, coupled with some ridiculously bad luck.

After the second season (a .416 win percentage), it was obvious there were still too many self-inflicted errors, but a late-season uptick in the run game signaled progress, as did one more game in the win column. There seemed to be a lot of reason for optimism.

After a disappointing third season (a .375 win percentage), it’s increasingly evident that Frost himself is largely responsible for his premature aging. His offense is not improving, largely due to lack of emphasis on a power running game and the absence of effective downfield passing. The sudden appearance of the running game during the second half at Rutgers is reason for hope that Frost could change his focus on offense if he wants to. However, the addictive behaviors (penalties, turnovers and blown assignments), while somewhat reduced, still sometimes show up when the Huskers face stressful situations — especially in the second half. That’s a lack of discipline. Even worse, Frost’s teams have a more profound problem with fumbles than Riley’s teams did. That’s a lack of focus.

Now to the issue of talent, or rather, the lack of it. Why has this persisted, even though the Huskers arguably have recruited better overall than their West Division rivals this decade? Why don’t three- and four-star players win championships in Lincoln like they used to? Indeed, why do so many of NU’s highly regarded recruits struggle to get regular playing time? Was it bad luck that wideout Omar Manning — who was almost universally predicted to be a game-changing field stretcher in 2020 — just “couldn’t get healthy” and barely saw the field? Frost knows, but he’s not saying. And is it the same “bad luck” that continues to keep highly touted recruits like defensive lineman Keem Green and linebacker Jackson Hannah or wide receiver prospects like Jamie Nance and Demariyon Houston off the field? More likely, it’s simply a lack of development by Frost and his staff. I’m not seeing healthy, slow, steady progress, at least not on offense. I see sporadic improvement, followed quickly by regression. The excuses are getting old.

Since inconsistency has been Frost’s main theme, his Husker teams have won consecutive games only three times in three seasons. That’s more than enough reason for a merciless self-evaluation. Frost, in conjunction with Moos, absolutely must complete a thorough evaluation of his offense, special teams, strength/conditioning program, and his own coaching staff. He shouldn’t stop there. He also should ask an experienced head coach, someone he respects, to evaluate his offense and special teams. Frost needs to send a resounding message next fall to those already wondering why he still has a job in Lincoln.

If he rolls into spring drills without making any significant changes, there will be a high price to pay. Frost has to decide whether he has a higher loyalty to the program than he does to his own staff and current offensive system. He needs to distance himself from the ghost of Bill Callahan, who loved his West Coast offense more than the program. He also needs to instantly give Husker Nation confidence that he will quickly improve on Riley’s .500 career winning percentage. That’s a pretty low bar to clear for 2021.

In Year 4, Frost’s long-promised reiteration of the Leadership Council needs to happen. There’s no reason it should not. He’s had enough time to develop young leaders to enforce the program’s culture.

Frost needs to roll back the horizontal components of his offense and commit to a power running game as the top priority in his attack. No, it doesn’t have to look like Tom Osborne’s offense, but Frost needs to evaluate why his system is too complicated for young receivers and running backs to learn in the first year. It appeared that way this fall. From all indications, it needs an all-conference-caliber quarterback to run it effectively. That’s not a good sign, because he doesn’t have one. Within his first decade as head coach, Osborne adjusted his offense to reflect the strengths of his players. Frost needs to do something similar. Of course, finding another Turner Gill wouldn’t hurt.

The problems on special teams have been persistent and profound enough that Frost should either hire a coach with special teams as his primary responsibility, or he should hand off his play-calling duties and take direct responsibility for special teams. If he’s determined to keep all his current assistants, the latter is the minimum he can do.

If Frost decides to do more than the minimum, it will involve changing at least one assistant on the offensive side of the ball, and it leads to uncomfortable questions like, why hasn’t Nebraska developed enough depth at quarterback, running back and wide receiver? And if there’s quality depth in the offensive line, why don’t we see more substitution during games?

At running back, you could argue that Ryan Held developed Dedrick Mills to a degree, but injuries ruined his production. That said, why didn’t freshmen Marvin Scott or Ronald Thompkins get more carries? More on that in a minute. Anyway, Held is one of the best recruiters on the staff, enough to keep his job safe.

Offensive coordinator Matt Lubick handles wide receivers. That didn’t go well this season, but he’s been in Lincoln less than a year. I’ve already suggested that Frost might give up his play-calling duties, so this would not be the time to switch coordinators.

Tight ends coach Sean Beckton has arguably done the best job developing talent of any offensive coach, and is a highly respected recruiter in Georgia and Florida. Beckton is solid.

Offensive line coach / running game coordinator Greg Austin is an enigma. He has recruited some promising talent, and three (Bryce Benhart, Ethan Piper and Turner Corcoran) have started games, although Benhart and Piper didn’t show a lot of improvement. The o-line returned five starters for 2020 and was expected to be a strength; instead, Austin went with a youth movement, and the line regressed throughout the first half of the season. In fact, the o-line has started poorly each season with Austin in charge.

Who is the most improved offensive lineman this season? Probably Cam Jurgens, despite all his snap issues. Brenden Jaimes was steady, but really didn’t improve much from his freshman year. Matt Farniok moved from right tackle to right guard, where he was supposedly more qualified, but he struggled much more than a 30-game starter should. Again, the second half against Rutgers provides hope for what became a young offensive line, but it was really the first time since last year’s Maryland game that Nebraska was clearly the stronger team in the fourth quarter. (That in itself is reason for a serious evaluation of Zach Duval’s S&C program.)

Who is really in charge of Nebraska’s running game? Austin said last summer that NU needed to emphasize its north-south run game. Millions of Husker fans said, “Amen!”, only to watch in disgust when nothing of the sort transpired until the season finale. Was Austin overruled by Frost? Or were Scott, Thompkins and Rahmir Johnson so unprepared when Mills went down that Austin’s plans were scrapped? I could be convinced either way about Austin.

That brings us to Mario Verduzco, the quarterbacks coach. How much has Adrian Martinez improved under Verduzco’s tutelage? Not much, in my opinion. When you compare his freshman statistics to those of the last two seasons, it could be argued that Martinez has regressed. He is just as turnover-prone as he was the day he walked on campus.

Verduzco recruited Martinez and Luke McCaffrey, which were considered significant wins, but didn’t get either of his top two targets for the 2021 class. McCaffrey’s progress as a passer is very much in doubt.

To me, it seems like a net gain to fire Verduzco and hire a special teams coach who’s also a strong recruiter with close ties within the 500-mile radius. It would be a bonus if he can also coach the offensive line. If Frost gives up calling plays, he could handle quarterbacks easily enough.

Frost should never have said that the Big Ten would have to adjust to him, because he wasn’t ready and his adversaries were, and he’s been unable to take effective countermeasures. Subsequently, Frost is at a crisis point.

To get out of crisis mode, Frost needs to get his team to believe it can consistently execute fundamentals under pressure, over and over. Coach John Cook has ingrained this principle into his volleyball players. Frost must do the same with his. Take a heaping dose of humility, keep the drama to a minimum, produce some discipline and win games. It could add years to many lives, including his own.