Stryker: Entering year 4, time for Frost to conduct the orchestra 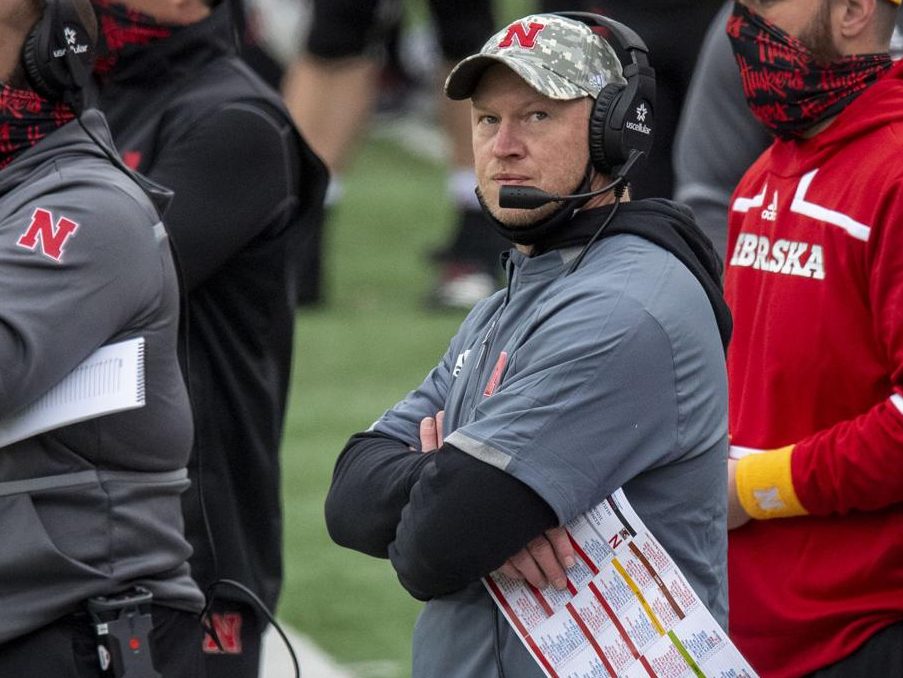 Scott Frost came back to Nebraska fresh off his 2017 national Coach of the Year season at UCF, which in retrospect, raised expectations in Lincoln higher than it should have. Cornhusker fans who thought they were getting someone ready to transform the team into a contender in a couple of seasons (I was one of those people) quickly learned their error. Over the past 24 months, you could almost hear the sound of those fans lowering their expectations all across Husker Nation. NU fans who expected nine-win seasons now hope for their team to just break even and qualify for a bowl game.

Three years later, it’s entirely fair, and even realistic, to raise those expectations again. Not that Frost will become Big Ten Coach of the Year anytime soon, but that his outlook will broaden and his game management capacity increase.

If Nebraska is to start contending for the West Division title, it’s essential that Frost get a firm grasp on everything that happens on the football field. In fact, Frost needs to go beyond grasping, and start directing, ensuring that every aspect of the program is tuned toward winning on game day. That kind of wide, practical viewpoint, which can perceive the strengths of his team and play to them, has been lacking.

Defense was the strongest part of Nebraska football last season, and with the impending return of nine starters, it’s likely that will remain the same for the 2021 Huskers. That’s a compelling reason for Frost to utilize the strengths of his defense this fall, doing all he can to use his offense and special teams to keep his defense in a strong position. Thankfully, there’s evidence he’s willing to move in that direction, and not a moment too soon, because it’s crisis time in Big Red country.

This offseason, as Frost launches his fourth year as CEO of Nebraska football, is a prime opportunity for him to make substantial changes in the way his organization does business. So far, it appears he’s opted not to do that. So what exactly has he done? Frost has chosen to extend the contracts of all his assistant coaches, and to make a couple of minor tweaks to the rest of his staff, including moving Ron Brown from director of player development to an unnamed “different role in the program.” In other words, he has loudly affirmed his loyalty to his assistant coaches.

He fired Jonathan Rutledge, an analyst charged with oversight of special teams. He stated the obvious, acknowledging that special-teams breakdowns had cost his team several games over the past two seasons. True, admitting you have a problem is the first step to solving it, but replacing one analyst with another is not a major change — establishing a full time special teams coach would better fit that description — yet it’s somewhat encouraging, as is his decision to split play-calling responsibilities “50-50” with offensive coordinator Matt Lubick to help increase his player interaction and overall game awareness instead of having to “bury my face in the call sheet.” But what next? Having decided the Huskers don’t need a coach with full time special teams responsibilities, will he at least clearly designate one of his assistants with game-day special teams responsibility? Or will it be left nebulous? This week, in an interview with several Husker football beat writers, and during an appearance on Sports Nightly, Frost chose to remain coy about those plans, saying simply, “If we have the right guy, it’s going to work.”

That’s Frost’s prerogative as CEO. And in the interviews, it seemed obvious that he thinks Nebraska’s dial is pointing straight up, that the Huskers are on the brink of contending in the West. Frost acts like he’s got everything under control. Then again, it’s Husker Nation’s prerogative to ask, “Really? Based on what?” Coy doesn’t sell well in Nebraska when it’s served up with underachieving football teams.

Too many winnable games have needlessly ended up in the loss column for anyone to unquestioningly trust Frost at this point. He shouldn’t be surprised about that (he referred to the visibility of his job as “unique” and “a fish bowl,” but he knew that when he signed up). As we start year four, skepticism is the default response to much of what Frost says until he backs it up with success on the field. It’s entirely fair to question whether he has as much loyalty to the program as he does to his coaching staff. His 12-20 record makes those questions inevitable. It’s also inevitable that increasingly apathetic Husker fans will perceive Frost’s lack of substantial change as doubling down on a strategy that has not worked for three years. That reaction may turn out to be wrong, but today it’s understandable.

Whether he intends to or not, Frost projects a lack of trust in his own quarterback coach. Quoting from Evan Bland’s Jan. 22 Omaha World-Herald story:

“The head coach will also take a more personal role working with quarterback Adrian Martinez moving forward, particularly with ‘instinctual’ advice, drill work and what he’ll encounter in a game.”

Huh? Isn’t that the job of Mario Verduzco, the man who coaches the smallest position group on the team? The guy who is asked to recruit only one player every year, and should have as much leftover bandwidth as anyone in North Stadium? If Frost is going to direct the entire orchestra, he can’t obsess too much with individual brass players, even a featured soloist. Frost, the CEO who needs to improve his own game management and ensure his organization finds answers for special teams, is going to do drill work with Martinez, while still hanging onto half of his play-calling responsibilities? Why is Verduzco still on the staff?

Frost and his program are at a crossroads. As CEO, he needs to become the conductor of the entire orchestra. He has to at least commit to that before he can ever become a maestro. But during his first three years in Lincoln, too often he has resembled something closer to a one-man band. He loves the resounding brass, the fast-paced run-pass option attack that built his reputation at UCF. To date, Frost has been mainly an offensive football coach. Will he fully appreciate the woodwinds, strings and percussion, and embrace the breadth of his role as head coach?

The vast majority of Nebraska’s proven players in 2021 will be on the defensive side of the ball. That statement is not even debatable. Ironically, the low productivity of Frost’s offensive platoon has been the main reason for his poor record. He would be wise to worry less about pace and more about execution, both in practice and on game day. Will Frost adjust his game plans to allow his defense the best chance to win the game?

I’m not saying Frost needs to think like that every season, but given the realities of this roster, it makes sense this year. If the defense can ramp it up a bit, getting at least one and sometimes two takeaways per game, Nebraska can win six games with an emphasis on power running and making a slight increase in its average field position.

Complementary football has not been prominent in the Husker program lately. That has often resulted in lousy field position for both the Husker offense and defense. The harmony of the entire orchestra — not just the brass section — demands Frost’s full attention.

Frost has turned the Cornhusker State into the Show-Me State. He can gain back a lot of support this fall by getting his team to play disciplined football and beating mid-level teams. That’s not a high bar to clear.

How far away is Nebraska? I agree with Frost on this point — not as far as you may think. I offer, if the defense plays at 2020 levels, that the Huskers are a 1,000-yard running back away from being an eight-win team in 2021. The running game is another topic for another day, but if it gets revved up, this win total could be achieved with mere competence, not excellence, on special teams. And most importantly, it assumes that Frost embraces a big-picture view as conductor of the orchestra. Husker Nation is incredulous, but not spiteful. Its expectations are modest; it stands ready to applaud any solid evidence of improvement.