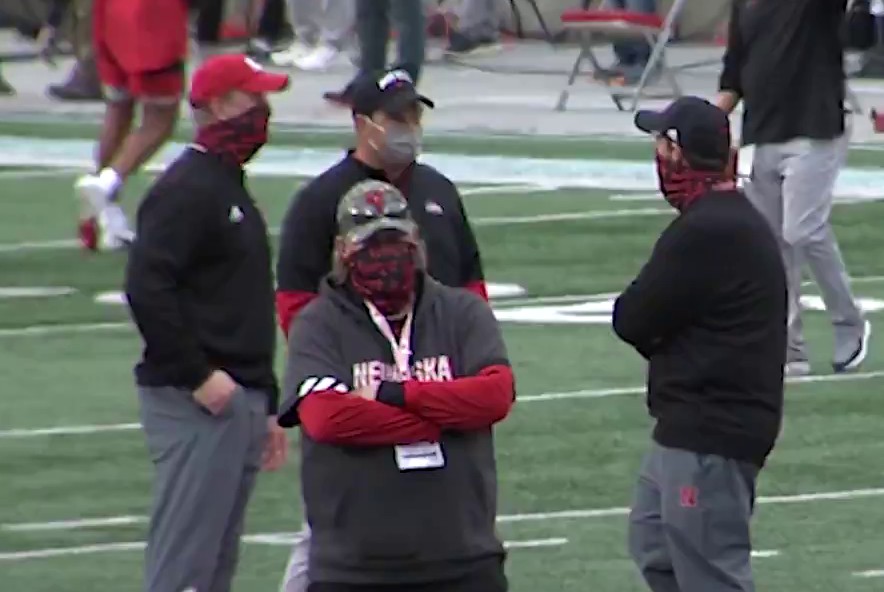 Wouldn’t it be something if schools actually acted in the interests of their student-athletes and took risks to act in their best interests, instead of just mouthing platitudes and virtue-signaling with politically correct statements?

The University of Nebraska this week tried, once again, to do just that. Once again, it was slapped down by the Big Ten Conference.

The Cornhuskers dared to appeal a conference edict. When their upcoming opponent, Wisconsin, decided to cancel their game in Lincoln due to COVID-19 problems, Nebraska dared to try to schedule a nonconference game to give its young team a chance to improve during an already-depleted season.

The nerve! Those radical Huskers are questioning authority again? The conference leadership responded much like a paranoid king who fears the peasants are about to revolt. They chose to push reason aside, and exercised raw power without a word of explanation.

This supports the thinking that the majority of Big Ten leaders never wanted football to succeed, and built their COVID policy to fail so they can eventually have an “I-told-you-so” moment. True or false, this is the kind of thing that promotes conspiracy theories.

Did the Big Ten previously announce that no football team would be able to play a nonconference game in 2020? Absolutely, and the reasoning ostensibly was safety-related. After all, nobody knew at that point what kind of COVID-19 protocols were being followed by other schools.

This case obviously was an exception and deserved a fair hearing, with reason and nuance and all those things that highly regarded academic conferences are supposed to be all about. Chancellor Ronnie Green and athletic director Bill Moos’s announcement Oct. 29 made it absolutely clear that Tennessee-Chattanooga’s protocols were more stringent than the Big Ten’s. It’s clear that Nebraska did its homework, and its request was worthy of serious consideration by the conference, but from all outward appearances, serious consideration was never given.

Instead, the request was turned down without comment at the highest level of conference decision making.

If Green and Moos were wrong about UT-Chattanooga’s protocols, and the Big Ten has proof of that, then it should clearly announce it. We’re waiting.

The absence of such announcement makes it apparent that, for the Big Ten Council of Presidents and Chancellors, player safety is only a smokescreen. The real issue is that the council members are the Smartest People in the Room, much smarter than leaders of the unwashed Big 12, Atlantic Coast and Southeastern conferences who started the football season earlier and made them look foolish, and they want everyone in the nation to know that nobody else could possibly have a better COVID-19 plan than the Big Ten.

How dare anyone question the Big Ten leadership. Indeed. And no doubt, what most irritates the conference overlords is that uppity Nebraska is willing to do just that, not only once, but twice. So the overlords pout in silence.

“Because I said so” is a perfectly legitimate response for a parent to make to a 12-year-old child. It is not an appropriate response to make to an adult, let alone a member of your conference who has as good (or better) a record as any other member school in dealing with the ongoing pandemic.

National commentators (including national radio personality Dan Patrick and Sports Illustrated writer Pat Forde) who say that Nebraska “should have asked the Big Ten’s permission first” miss the main point. Nebraska DID ask the Big Ten’s permission. Do they think Nebraska should have come to the table with no plan in mind? “Hey guys, just in case we find a team that wants to play us less than a week from now, whaddya say you let us play ’em, huh?” Patrick’s and Forde’s takes are curious and agenda-driven at best.

The Big Ten doesn’t want people thinking independently and coming up with creative, win-win solutions. That’s dangerous talk, apparently. All the thinking will be done by the central planners, thank you very much.

What else are we to deduce from this? Under the most generous of interpretations, this perfunctory ruling smacks of arrogance. My patience with the Big Ten and its lack of communication skills having worn thin, it looks to me like raw authoritarianism, pure and unfiltered.

They want conference members to kiss the ring, and enforcement is Kevin Warren’s primary assignment. It was not this way a year ago, not under Jim Delany.