Previewing the opener: Huskers vs. Akron 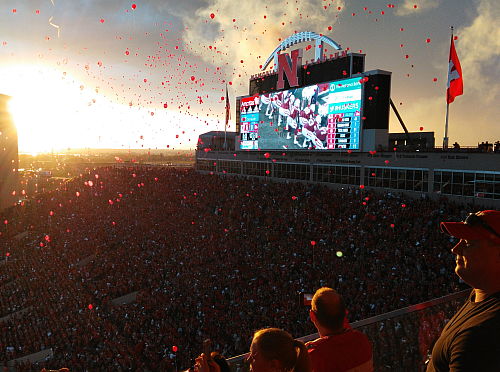 A brand-new season of Cornhusker football is just a few days away. It’s not just a new year, but also a new era with native-son coach Scott Frost at the helm. Expectations outside the program are tempered, but Nebraska players believe they have a legitimate shot to challenge for the Big Ten West title — if not more — in 2018.

On Sept. 1, the Akron Zips are coming to Memorial Stadium as serious road underdogs. Initially, Nebraska was listed as 17-point favorites. But checking the current college football odds boards, that number has since climbed to 24.5.

Akron won the MAC East last year, so at first glance this might not appear to be your standard tune-up for the Huskers. But a three- or four-touchdown margin of victory might not be far-fetched.

Breaking Down The Matchup

Although the Zips were first in the MAC East in 2017, they ranked just 84th in the nation in passing yards allowed. Nebraska was 27th in passing last season, so the Zips’ secondary could have its hands full. Against Power 5 schools and other successful programs, the Zips tended to get crushed in 2017. Jacob Park led Iowa State to a 41-14 victory against the Zips last season with 317 yards and two TDs; Trace McSorley dropped 280 yards and two passing TDs and a rushing TD when Penn State trounced the Zips 52-0. When Florida Atlantic met Akron in the Boca Raton Bowl, Jason Driskel hurt them on the ground and in the air with a pair of touchdowns each (4 total) and 270 passing yards. The final score was 50-3.

Akron averaged 22 points per game, but most of the Zips’ success came against lower-level competition — teams like Ball State, Kent State and Bowling Green. Akron did pull off a stunning upset of Frank Solich’s Ohio Bobcats, but MAC West champion Toledo twice blew the Zips out last season, to the tune of 48-21 and 45-28. Akron’s defense was susceptible to prolific offenses, and even with a leader like Thomas Woodson, the offense sputtered against legitimate defenses. And now the Zips must rely on redshirt freshman Kato Nelson at QB as they face the sea of red in Lincoln. Frost-mania is full on, and the fans are certain to show the Zips what it is like to come into Memorial Stadium for a nationally televised night game.

Recruiting at the two universities is at two entirely different levels. Nelson is a QB with limited experience coming into an extremely hostile environment, so there could be miscues on top of sheer physical domination.

Nebraska also has its question marks: A new, fast-paced offensive scheme; a defense that surrendered a total of 166 points in its last three games; a green quarterback of its own in true freshman Adrian Martinez.

If the game plays out the way the oddsmakers say it will, however, it could be a confidence-builder that gets the Huskers ready for the Colorado Buffaloes in Week 2’s rivalry renewal. Nebraska has a 49-18-2 advantage in the series and is looking to extend that to 50 wins on Sept. 8th.

This is the favorable end of the Huskers’ schedule. Nebraska has a chance to stand at 3-0 when the conference grind begins at No. 14 Michigan in Week 4. That’s when the team’s championship goals will start to get their sternest test.