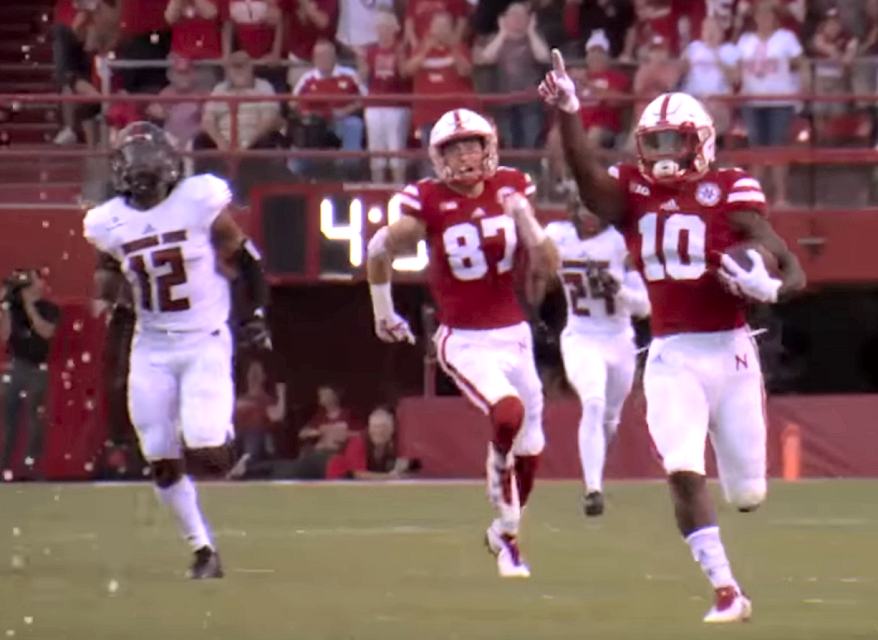 Nebraska has the unenviable task of replacing placekicker Drew Brown. The four-year starter leaves Lincoln ranked second in program history in field goals made (59) and fourth in points scored (355). True freshman Barret Pickering and redshirt freshman walk-on Cole Frahm went head-to-head this offseason. Special teams coordinator Jovan Dewitt revealed Pickering won the job coming out of fall camp. The Alabama native will now attempt to replace one of the school’s most productive kickers ever. The previous staff identified Pickering early in the process, offering him a scholarship during his visit for the 2017 spring game. Pickering was rated the #5 kicker in the 2018 class according to Kohl’s Kicking Academy, the pre-eminent authority of high school kicking talent. I would expect some freshman bumps along the road, but I like Pickering’s long-term potential. Don’t forget that Drew Brown was 14-of-21 (66.7%) as a true freshman in 2014, before going a combined 45-of-55 (81.8%) the next three seasons.

Another example of someone who struggled as a true freshman only to take a nice step forward as a sophomore is punter Caleb Lightbourn. Regarded as one of the best punters in the 2016 class, Lightbourn came to Lincoln expecting to redshirt, but was pressed into action after the July death of Sam Foltz, who was supposed to serve as Lightbourn’s mentor. Lightbourn struggled badly with consistency in his first season of action. Last year, Lightbourn’s consistency improved dramatically. His average climbed from 39.7 yards per kick as a freshman to 42.1 yards per punt as a sophomore. If he can make the same jump as a junior, his average would put him among the top 10 in the country based on the 2017 national stats. As a sophomore, he placed 21 of his 59 punts (35.6%) inside the 20-yard line, and 21 of his punts went 50 yards or longer. Over his career, 42 of his 124 punts (33.8%) have traveled 50 yards or longer. If he continues to progress during the next two seasons, he has the ability to kick on Sunday’s. Dewitt is very excited about Lightbourn, who boasts one of the strongest legs in the conference. Named to the Ray Guy Award Preseason Watch List, Lightbourn will also handle kickoff duties, where he is expected to produce plenty of touchbacks.

One of the more underappreciated byproducts of the caliber of skill position player this staff is recruiting is the way it will show up on special teams. Once again, JD Spielman will be the primary kick returner. Last season, he set the school’s all-purpose yardage mark with 1,572 yards, adding 669 kickoff return yards. Spielman was named to the Paul Hornung Award watch list, which is presented to the most versatile player in college football. Junior college transfer wide receiver Jaron Woodyard and freshman running back Maurice Washington are also kick return options.

The top punt returner is Tyjon Lindsey, who will be pushed by JD Spielman and Stanley Morgan Jr. Look at those names. Then throw in guys like Mike Williams and Miles Jones, and you can’t help but get excited about the breakaway speed and homerun ability of the guys in those roles. I am a huge fan of putting dynamic athletes at the return positions. How valuable is it to have a guy that can flip the field after forcing a punt, or matching an opponents score when returning a kickoff? Those plays often turn the tide in games.

“As far as a punt return mentality, I think it’s really going to truthfully depend on who we have back there catching kicks and their skill set,” Jovan Dewitt said. “So our first year at UCF and at West Point, we were way more block-oriented because we just didn’t have that dynamic of a returner back there. This last year we had Mike Hughes who is as dynamic a returner as there is in the country and we were way more return-oriented. I think situationally it will depend upon who we have back there.” I think it’s safe to assume Nebraska will be looking to attack on special teams.

The coverage units will also be peppered with front-line guys. “Starters are going to play on special teams. That’s just period,” Dewitt said. “It doesn’t make any sense to have a play that covers 40-50 yards of space and not have your best players out there. To me that’s just insanity. We want to get a good combination of older guys, veteran guys and young guys in there that we feel can handle it.” Some players who I suspect could be prominent on special teams are Tre Neal, Collin Miller, Deontai Williams, Tyrin Ferguson, Marquel Dismuke, Jacob Weinmaster, JoJo Domann, Will Honas, Antonio Reed, Mohamed Barry, Reid Karel, Caleb Tannor and Guy Thomas. Position Grade: B