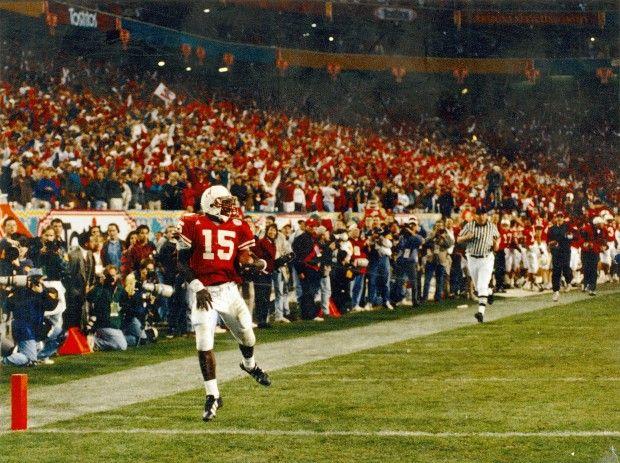 There has been a ton of amazing plays throughout Husker history. So many that you can break them down by any number of ways. For this week, quarterback runs are the focus with two incredible plays lined up side by side.

In 1996, in the Fiesta Bowl vs. the Florida Gators, Tommie Frazier uncorked a 75-yard touchdown run where it looked like he was going to be stopped at least 3 different times. Frazier embarrassed the Gator defense, combining power and speed in breaking at least 7 tacklers in a run that seemed to break the opponents’ spirit on the way to the Husker 62-24 rout for the national championship.

In 2001, in a game not nearly as important as the 1996 Fiesta Bowl, Eric Crouch schooled the Mizzou Tigers with a 94-yard TD run that was a thing of beauty. While the ball was on the 6 yard line, the first Tiger missed tackle happened behind the goal line. Crouch then proceeded to juke just about every player on Mizzou with an awesome display of open field running, maybe only rivaled by the legendary Johnny Rogers punt return against Oklahoma.

Which one do you think was the top Husker QB touchdown run?