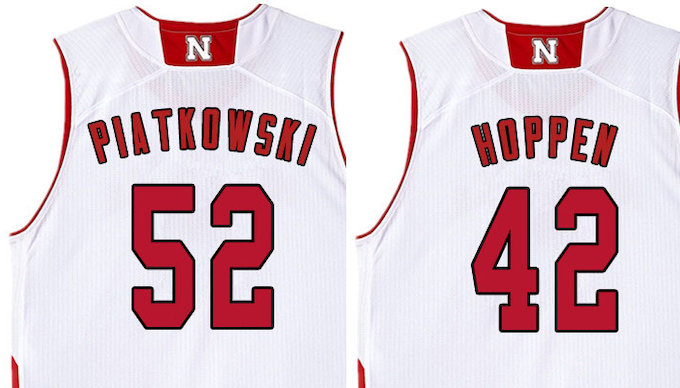 Piatowski was a sweet-shooting small forward with a killer jump shot. Piatowski was honorable mention All Big Eight his freshman and sophomore seasons, and first team All Big Eight as a junior and senior. He ended up the Huskers’ second leading career scorer after Hoppen. After Nebraska, Piatowski went on to play 14 seasons in the NBA and is still the LA Clippers’ franchise leader in career 3-point field goals.

Dave Hoppen was a 6’11” center who also started all four years for the Husker in the 1982-85 seasons. He is the Huskers’ leader for career points. Hoppen averaged 19 points a game over all four years, with 23.5 and 22.1 ppg his junior and senior years. Like Piatowski, Hoppen had a sweet shooting touch, leaning more toward the big man game of soft interior jumpers and jump hooks. After his Husker years, Hoppen went on to play six seasons in the NBA.

Who are you going with – Piatowski or Hoppen?