Larry Jacobson or Zach Wiegert next for the College HoF? 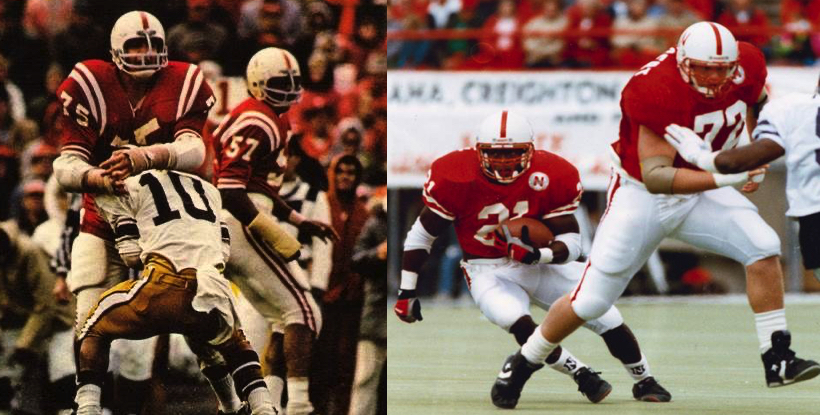 Husker fans everywhere were happy to see Eric Crouch selected as one of this this year’s inductees into the College Football Hall of Fame. Crouch won the Heisman Trophy in 2001 while leading Nebraska to the BCS National Championship Game. He finished his Nebraska career as only the 3rd quarterback in college football history at the time to run for 3,000 yards and pass for 4,000 yards. Truly deserving and overdue for the Hall.

A couple other players spring to mind as deserving to also be in the Hall of Fame – two illustrious members of Nebraska’s legendary line corps – both winners of the Outland trophy for the nation’s top interior lineman and crucial parts of dominant Husker teams. Both were on the latest Hall of Fame ballot with Crouch.

Larry Jacobson was a standout defensive tackle on the 1970 and 1971 national championship teams. In his beastly senior season in which he won the Outland, Jacobson had 73 tackles with 28 solos, 12 tackles for loss and an interception. He and Rich Glover, already in the Hall of Fame, led a defense that absolutely dominated opponents, giving up only 85 yards rushing a game in 1971.

Zach Wiegert won his Outland Trophy in the Huskers’ 1994 national championship season as offensive tackle on a team that averaged 340 yards rushing per game. He was so good he even got one first-place vote for the Heisman. One of his most amazing stats was in his three years starting for the Huskers he only gave up one sack

Who do you think should be next one in representing the Huskers in College Football Hall of Fame – Larry Jacobson or Zach Wiegert?