Husker Dan: The Huskers need to get to Carnegie Hall 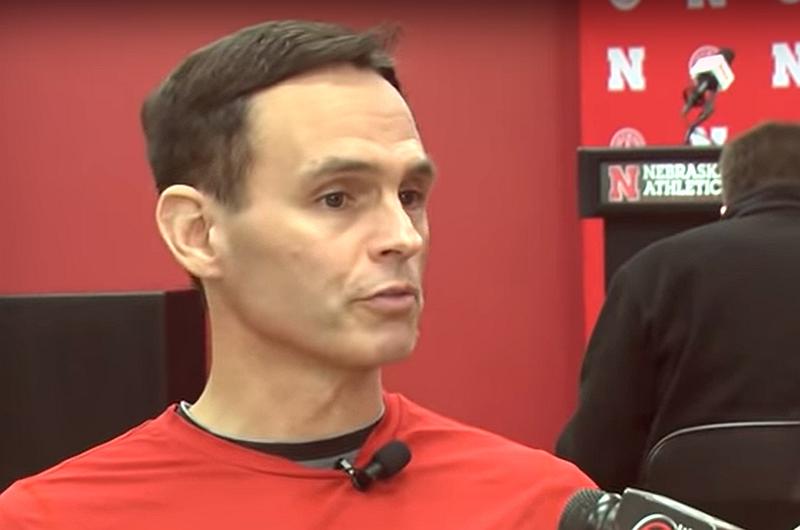 Dear Readers: I hope all of you are coping as best as you can with the COVID-19 pandemic that now has reached over 180 countries.  Many people have died and more will, so I urge everyone to heed the basics in trying to limit the spread of the disease.

To date, I don’t know any one either in my family or circle of friends who have contracted the virus.  But I know there are many people worldwide who are either battling the disease or who have succumbed to it.  And for all those doctors, nurses and the medical teams who have been risking their lives every day to help save others, our nation owes each and every one of them a huge debt of gratitude.

But good news may be on the way.  Recently, at several of the COVID-19 hot spots in the country, testing has begun using drugs that so far have shown a great deal of promise in combating the disease.  One of them, hydroxychloroquine, has been used for decades to successfully treat malaria and arthritis.  And when used in conjunction with another drug, azithromycin, the combination has shown some promising results.

Moreover, Dr. Stephen M. Smith, a world renowned infectious disease specialist, recently said on national television that he believes the success of these two drugs means “the beginning of the end” of the virus.

And this week, Abbott has provided a large number of COVID-19 test kits that significantly reduce the result time from days down to several minutes.

If this regimen (and others that are being tested) are the game changers many think they are, our national and global nightmare may soon be over.  We can only hope and pray that is so.

ON WITH HUSKER FOOTBALL

I’ve been reluctant to resume writing about Husker football in view of the virus.  But with no sports to follow or attend, restaurants to enjoy or theaters in which to see the latest movies, it’s time for life to resume.  And so let’s talk some Husker football.

The old joke goes like this:  A tourist in New York City asks a hippie for directions, “How do I get to Carnegie Hall?”

No, I’m not talking about the record low temp in the state of Nebraska, but the number 58 should hold some significance for Husker football fans.

Toward the end of last season (as you all know), Nebraska was one win away from becoming bowl eligible.  All the Huskers had to do was beat Iowa in Lincoln to reach six wins.

But, as we all know, Nebraska came up a bit short.  And after NU lost that game, there were some Husker “fans” (and you know who you are) who thought it was good that Nebraska didn’t “have” to go to a postseason game.  Instead of playing in a “meaningless” bowl game they asserted, time would be better spent for the Huskers to focus on recruiting etc.

And I will concede there may be a sliver truth to that notion.  But I’m sorry, not practicing is never good – especially for a team like Nebraska’s.  The Husker football program is one that desperately needs as much practice time as it can get.

And last year (the second under Scott Frost) Nebraska ranked among the nation’s worst in several major categories including special teams play, red zone offensive efficiency and red zone defensive efficiency.  This is an offense that threw a total of three red zone TD passes all year!

And by not going bowling for three straight years, the Huskers have lost out on a total of 45 practices (15 per lost bowl game) and 13 more if we count this year’s lost spring practices for a total of 58!

Does anyone think that having the extra practice time would have helped the Huskers win a few more games?

Maybe the NCAA won’t allow any extra practices this summer.  And by doing so, the thinking might be that no team will have an advantage come this fall.  That might be true for teams like Ohio State, Michigan, Alabama, Clemson etc., but I’m telling you, the Huskers are in dire need of practice time.

A program like Nebraska’s (IMHO) is going to be at a huge disadvantage this fall if more practice time is not permitted.  Added to the woes listed above, Nebraska will be trying to get two new coaches up to speed:  Tim Lubick, the new offensive coordinator/receivers coach, and Mike Dawson, the new outside linebackers coach.

Let’s hope for Nebraska’s sake, the NCAA will allow extra practices.  The Huskers need to find a way to get to Carnegie Hall.

I caught up with former Husker receiver Jordan Westerkamp last week.  He is best known for two amazing catches he made in Memorial Stadium.

The first catch (behind the back) was against Florida Atlantic in 2015.

The second most amazing play was the famous Hail Mary catch he made against Northwestern in 2013. The play, called Geronimo, resulted in a 27-24 walk off win over Northwestern.

If you don’t get chills watching these two amazing plays, then you don’t have a pulse.  BTW, Jordan has been working out at his home in the Chicago area in hopes of resuming his XFL career with the DC Defenders.

I’ll be writing more this spring and summer, but I want to leave you with a question I’ve asked several former Husker football players.  Of the players who played in 2018 (Frost’s first year at Nebraska) and last year (his second year) which Husker players do you think were better in Year 2 than in Year 1?  I know, that’s a narrow group.  Let me know your thoughts.  GBR!

You may email me at [email protected].