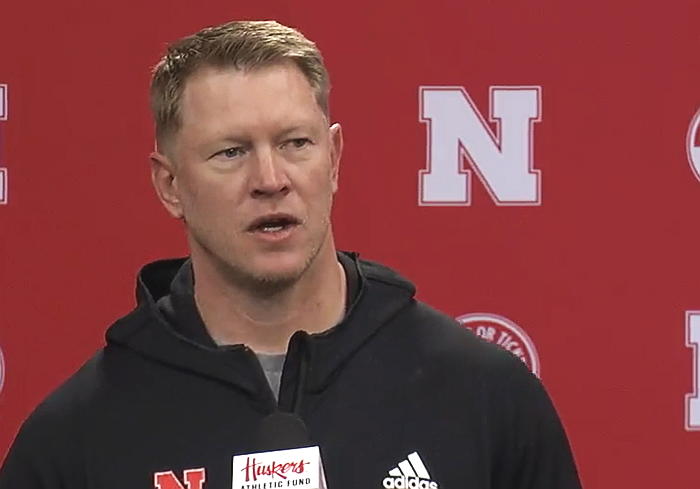 By Husker Dan on 4/23/2020
But it’s a long, long while
From May to December
And the days grow short
When you reach September
–Lyrics from Kurt Weill’s “September Song”

This was to have been the week I was going to write about the Husker Spring Game, how 85,000 people came out on a beautiful, cool spring day to see what this year’s crop of Huskers might look like come September.  All of us wanted to see how Luke McCaffrey and Logan Smothers would look running the offense.  And let’s be honest:  We all wanted a Husker “fix” to tide us over until September, right?

But, as we all know, the COVID-19 pandemic dramatically altered not only Husker football, but just about every sport worldwide.

The question is, will there be a college football season this fall and if so, when will it start and what will it look like?  The truth is, no one knows.  If I were a betting man (and I’m not), I’d say there will be – HAS to be – a college football season this fall.  Why?  Because football is the cash cow that supports (in most cases) the rest of college athletics.  Without it, the face of collegiate sports might never look the same.

So the following is based on the football season going on this fall as usual.  So bear with me.

Assuming college football goes on as scheduled, the month of September is going to be extremely critical to a young Nebraska football team as they look to become bowl eligible for the first time in the Scott Frost era.

And September, as the song goes, the days will grow shorter.  And the first of the critical games comes on September 5th as the Huskers host the Purdue Boilermakers.

Why is this game so critical?  Because it’s a conference game, a home game and one Nebraska will probably be favored to win.  But why is September so important?

Because Nebraska’s schedule this fall is one of the toughest in all of college football.  The 2020 schedule includes a Murderers’ Row list of opponents:  at Ohio State, at Wisconsin, at Iowa and home games with Penn State and Minnesota.  Yikes!

Last year, Purdue went out of its way to hand the game to Nebraska, but the Huskers did everything they could to fritter it away.  I won’t go into details, but if there were ever a must win and a winnable game for Nebraska, it’s the Purdue game.  And the Boilermakers will have at least two elements they didn’t have last year:  1.)  All-purpose offensive threat Rondale Robinson  and 2.)  Purdue’s new DC, Bob Diaco.  Remember him?  He was the DC for the Huskers under Mike Riley.

Do you think the Huskers might be up for this game?  Let’s hope so.

After Purdue come home games with Central Michigan, South Dakota State and a Cincinnati Bearcat team that went 11-3 last year under head coach Luke Fickell.  If Nebraska can get by Cincinnati, NU has a good chance of going 4-0 for the month.  Do that and Nebraska needs to find just two more wins to become bowl eligible and three to be assured of its first non-losing season in the Frost era.  So where are these wins?

There are a few other games that might be toss-ups for Nebraska.  The Huskers play @Northwestern, @home against Illinois and @Rutgers.  Win those three and Nebraska gets 7 wins for the season and a bid to a fairly good bowl game (actually ANY bowl would be a great step forward for the Husker football program).  But going 7-5 and with a bowl win would make it possible for Nebraska to reach an 8-win season.  How nice would that sound to long-suffering Husker fans?

And that’s why September is so critical for the Huskers.  (Nebraska fans don’t even want to think about another losing season.)  Go 4-0 in September and it’s likely NU earns its first bowl bid in the Scott Frost era.

The good news for Nebraska this fall is that for the first time in his head coaching career at Nebraska, Frost will have a team made mostly of players he and his staff recruited.  There will still be some Mike Riley recruits, but this fall, Husker fans will start to see Frost’s vision of what Nebraska football is going to look like for years (hopefully) to come.  The O-line should be talented and have sufficient depth.  And the QB depth may be the best Nebraska has ever had.  Linebackers should be good and the secondary should be another source of strength for Nebraska.  The running backs and receivers should have a lot of talent.  But maybe the biggest question mark in 2020 will be at the D-line spot.  It’s amazing how much better a strong D-line can affect the success of the entire defense.

It’s true Frost will have a team of mostly his own hand-picked players, but with that good news, there is some bad news.  Inexperience.  If the Huskers are going to have any chance at a bowl game, the new players will have to learn fast.  The overall talent Nebraska will have this fall may be the best the Huskers have had in several years.  The question is how well can the coaches get these kids into playing winning football?