Husker Dan: Cup Half Empty or Half Full? 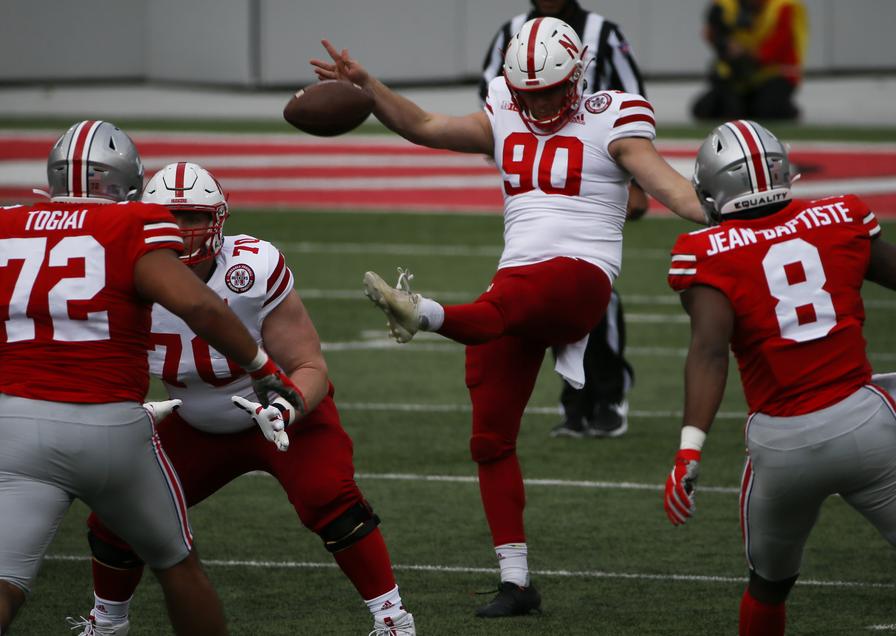 In the aftermath of Saturday’s 35-point loss to the Buckeyes, people are quick to opine about the progress (or lack thereof) of the Husker football program.

CAMPING?
There are two camps of Husker fans:  The Cup is Half Empty crowd and the Cup is Half Full crowd.  Both groups are frustrated because of another blowout loss in Year 3 of the Scott Frost Era at Nebraska.

The Half Empties will say, here we go again.  This is just another Frost team that is prone to self destruction, is poorly coached in fundamentals and can’t recruit players who can compete in the top echelon of the Big Ten Conference.

They will point out that the quarterback Frost has chosen to lead Nebraska to national prominence is a whopping 9-13 as a starter. (And has 20 career fumbles to his credit.)   Furthermore, the naysayers will note that Nebraska is headed for yet another disappointing season.  They will also point out that what worked for his former team (UCF) in the American Athletic Conference simply won’t work in the Big Ten.  And they insist that Frost isn’t going to be the guy to restore Nebraska’s football program.  (They never seem to say who would do a better job.)

THE HALF FULLIES
And the Half Full crowd acknowledges many of the above points, but sees a different future for Scott Frost at Nebraska.

Raise your hand if you thought Nebraska was going to beat Ohio State.  Right, I didn’t think there would be any.

The fact is Nebraska had its second most difficult season opener since it played at No. 1 ranked Alabama in 1978.

And right now, Ohio State is a much better team than Alabama was then or Nebraska is now.

We can’t forget that coming into Saturday’s game in Columbus, the Huskers had not played a game in 330 days!

STARS!
One statistic stands out maybe more than any other:  Of the 19 5-Star football players in the Big Ten, 14 of them play for the Buckeyes!   And how many 5-Star players does Nebraska have?  If you said zero, zilch, or nada you go to the head of the class.

INTENSITY
What was good to see Saturday was the intensity by the Husker defense.  They made it difficult for the Buckeyes to run on Nebraska.  That’s good, but it forced Ohio State to go to one of their huge strengths:  Their passing game.  OSU’s offensive line gave QB Justin Fields all day to throw.  Nebraska didn’t have much of a pass rush in the game, but did manage to get 3 QB sacks.  BTW, the Buckeyes’ O-line will be playing in the NFL just as soon as their college days are over.  Ohio State also has two of the best wide receivers in the nation in sophomore Garrett Wilson (7 catches for 129 yards) and Chris Olave (junior) (6 catches for 104 yards).

Right now, Nebraska has no answer for their own wide receiver threat.  Juco transfer Omar Manning was going to be THE guy, but he didn’t even make the trip to Columbus.  No word on what the problem was or is.  And the loss of WR JD Spielman to the transfer portal (TCU) will continue to hurt Nebraska until Frost finds some big play makers at that spot.

WASN’T THAT SPECIAL?
What also stood out was the special teams play.  I know there weren’t many opportunities to kick field goals, but LSU transfer Connor Culp was good on his lone field goal attempt and his two extra point tries.  And William Przystup had a good day punting (5 for a 44.6-yard average).

BTW, I don’t like the fair catching rule on kickoffs that don’t go into the end zone.  I hope the rule is overturned.

RUSHERS
One of the other surprises in the game was that Husker backup quarterback Luke McCaffrey had more yards rushing than Nebraska’s top two running backs combined!  And how is it that Dedrick Mills, Nebraska’s starting RB, had just one more carry (10) than McCaffrey?  Strange.

THAT’LL BE THE DAY
Frost’s short game plan was working and will probably be seen a lot this fall. But Nebraska’s old nemesis reared its ugly head:  Self inflicted mistakes – penalties and three fumbles – removed any hope of a Nebraska win.  And Martinez’s fumble was the most damaging because it was picked up and run in for a Buckeye TD.  The day that Nebraska faces just one opponent at a time (instead of having to overcome itself as well as the other team), will probably be the day Nebraska returns to national prominence.

POUR IT ON!
BTW, I have no problem with Ohio State scoring a late TD.   Buckeye head coach Ryan Day issued an apology to Frost for not having his QB  take a knee late in the game instead of scoring another meaningless TD.  I don’t believe in blaming an opponent for scoring.  That’s the point of the game.  It’s Nebraska’s duty to stop teams.  Having said that, Tom Osborne and Scott Frost would have had their QBs take a knee in those circumstances.

(Oh yes, TO was criticized for allowing his back-up QB (Matt Turman) to throw a TD pass late in a home game with Arizona State in 1995.  If you’ll recall, Turman launched a 39 yard TD pass to Husker WB, Lance Brown with just 38 seconds remaining in the game.  The problem with that play was that the Huskers were leading 70-28 at the time!  Matt called an audible when he saw that Brown was going to be wide open.  And he was.  But not to worry.  The following year at Tempe, in what was Scott Frost’s second career start at QB for the Huskers, the Sun Devils got their revenge by shutting out Nebraska 19-0.)

BTW, that opponents have to apologize for running up the score on Nebraska seems to speak volumes about the current state of the Husker football program!

UP NEXT
I don’t know if this is any comfort to Husker fans, but the remaining  7 opponents on the Huskers’ schedule have a combined record of  3-4.  (The three winning teams were Purdue, Northwestern and Saturday’s opponent, Wisconsin.  The four losing teams were Iowa, Minnesota, Illinois and Penn State.)

DUE DATE?
I’ve heard from several Husker fans that Saturday’s game with Wisconsin is a game that Nebraska is “due” to win.  I don’t usually buy that notion.  Teams win because they out play their opponents, not because it’s their turn.

But I do see Saturday’s home opener with the Badgers as a toss-up.  It’s a game Nebraska is capable of winning.  But saying something is one thing and actually doing it is something entirely different.

If Nebraska can get out of its own way, the Huskers might be able to get Scott Frost his first signature win at Nebraska.  This should be a close game into the 4th quarter.  Wouldn’t it be sweet if Nebraska wins it with a walk-off field goal?  Hey, I’ll take any kind of win!

You may give the writer a piece of your mind by emailing him at [email protected].