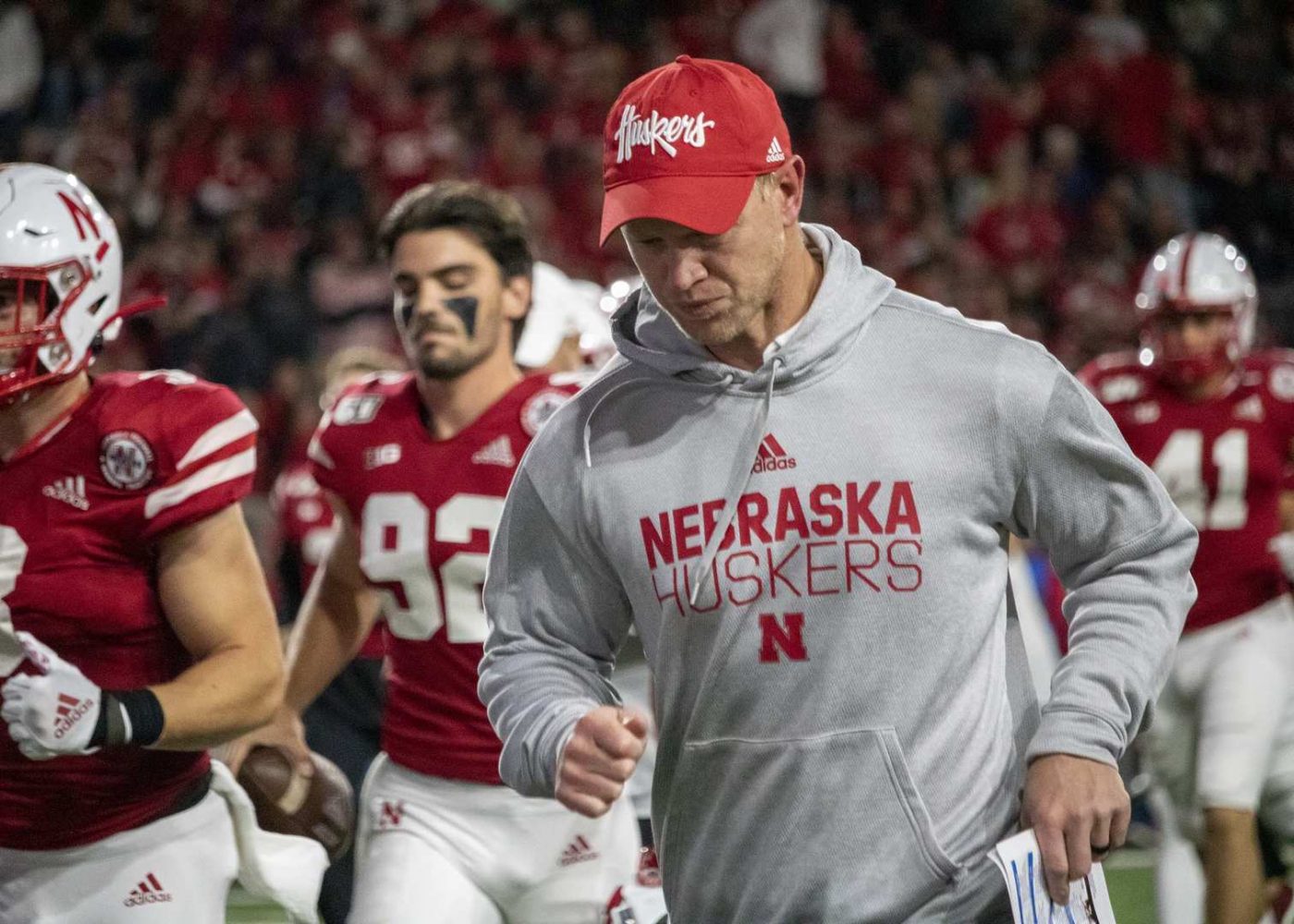 I feel sorry for Scott Frost – not financially (he has a 7-year, $35 million contract that pays him over $400,000 a month).  But had he said no to Bill Moos in 2018, Frost probably would still be leading his Central Florida Knights to perhaps another successful season and looking to go to another good bowl game.  He and his staff would be coaching in their shirtsleeves, basking in the warm Orlando, Florida sun.

But Frost took the road less traveled and headed north for Lincoln, Nebraska to try to restore his alma mater to its once lofty position at the top of the college football world.

But after 1¾ seasons, his once proud Husker football program is stuck in the middle of a dismal 4-5 season.  The high expectations of the 2019 football season have quickly faded in the Huskers’ rear view mirror.  And the three remaining regular-season games look very daunting.

“I’ll Be Home For Christmas”?

The 2019 year could mean another “I’ll Be Home For Christmas” season for the Big Red.  Another year at home.  With no bowl game to prepare for.

People want quick fixes, but, as I’ve said before, Nebraska didn’t get into this mess overnight and it won’t climb out of it any time soon.

Let’s think about this for a minute.  What do Scott Frost and all of his assistants have in common?  (I’ll wait a minute.)

Answer?  Prior to coming to Nebraska, Frost and every member of his staff came to Lincoln without any experience in recruiting, coaching or knowing how to win in the Big Ten.  Let that sink in awhile.

Is it possible that what worked at Central Florida might not necessarily work at Nebraska or in the conference?

We all need to remember that out of his first three years as a head coach (2 at UCF and 1 at NU), Frost has posted two losing seasons and is inching closer to having another one this year.

It very well could be that Scott is just getting started in his head coaching career-that he is learning what works and what won’t work in the Big Ten Conference.

And when Husker A.D. Bill Moos was asked earlier this year how he would define success for the 2019 Husker football season, he said “play in a bowl game.”

I wonder what’s going through his mind now as he sees the Husker football program losing to a team like Purdue last Saturday.  And what will happen if the Huskers (God forbid) win only 4 games this year?

And what I’ve been saying are just the facts.  My words are not an indictment of Scott Frost and his staff.  Quite the contrary.  I still think Frost is the guy to restore the Husker football program, but it’s just going to take time.  We’ve all wanted to anoint him as the Miracle Man, but there is a lot more work ahead.

If by some miracle the Huskers make it to a bowl game this year, Husker fans should dance in the streets.  Either way, this is going to be a long, bumpy ride.

I will be manning (“personing”?) the Husker Fans Salute The Troops booth at next Monday’s (Veterans Day, November 11th) motorcycle raffle at the Frontier Harley-Davidson dealership at 205 NW 40th Street in Lincoln, Nebraska from 5:00-7:00 pm.

There will be some great raffle items, including a real motorcycle.  All proceeds will go toward the Wheels4Warriors program that helps veterans and their families.  (wheels4warriorsusa motorcycle raffle: https://www.facebook.com/events/2048069508651606/)

Stop by and say hello!

Husker Dan has been a regular contributor to HuskerPedia and HuskerMax since 2003.  Dan means well, but he does have a bumper sticker that says “Clap If You Like Thunder.”  He’s also a has-been drummer who is a legend in his own mind.  You may send your responses to him at HuskerDan@cox.net.