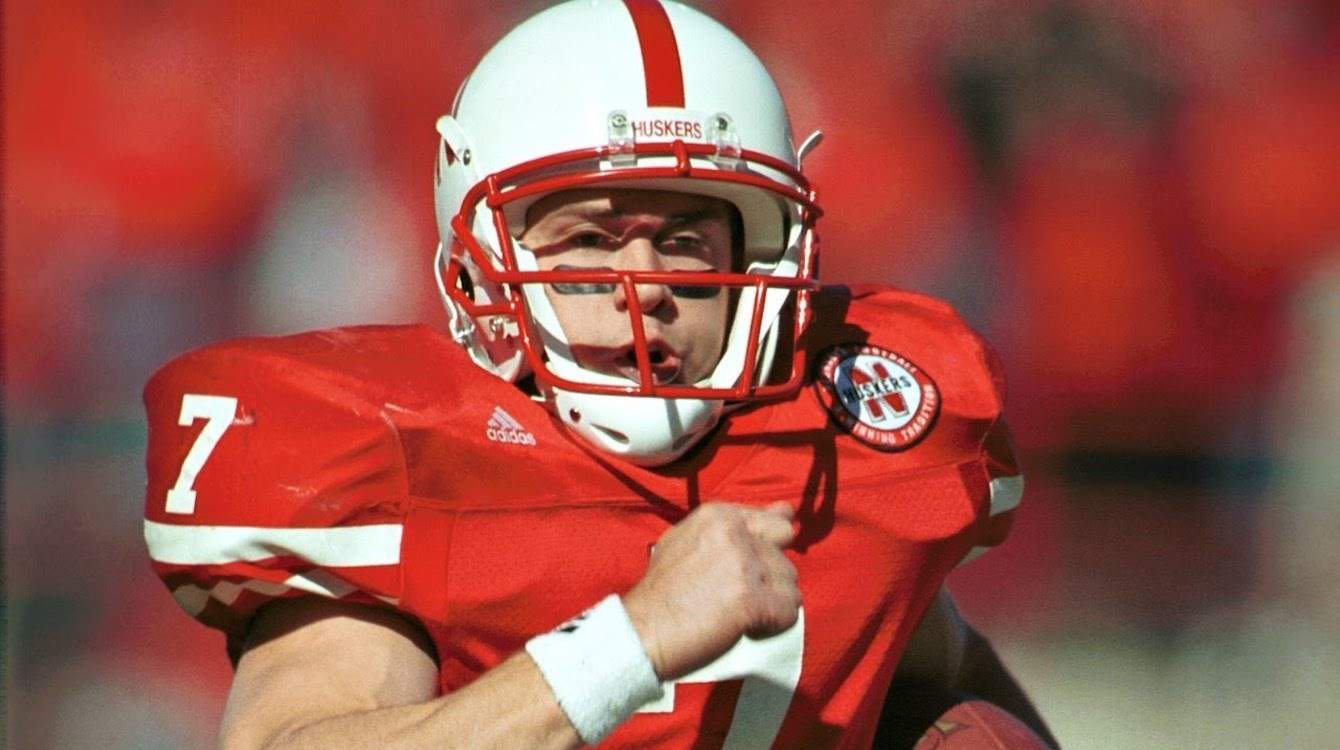 They come from large towns in Nebraska like Omaha, Lincoln, Grand Island and Fremont and from small towns like Franklin, North Platte, Pierce, Fairmont, Hartington, Burr, Columbus, Seward and Monroe.

Some came to Nebraska on scholarships and several came to Lincoln as walk- ons.  There are several who ended their Husker careers as All Americans, Heisman and Outland winners, several who played on national championship teams and some who went on to win Super Bowl rings in the NFL.  And two of the players were so great in their Husker careers that they even have college football awards named after them.

So what am I talking about?

The “All Nebraska Husker Football Dream Team” – that’s what.  I don’t think such a list has ever been compiled.  The Dream Team is an elite group of former Husker football players who gave it their all during their Husker careers.  They should be revered by all Husker fans.

What is worth noting is that during the careers of many of these players, the population of the entire state was less than 1.5 million (it’s still under 2 million).  I don’t think there is another state that small that has ever come close to producing a group of such great home grown football players.

Here are some other facts about the Dream Team: Since 1962, (a span of 56 years) there have been approximately 1,820 student-athletes who played football at UNL. And of those 1,820 players, about half have come from the state of Nebraska.

And that group of 910 players had to be pared down to 26 positions (11 offense, 11 defense and 4 special team slots).  Who should be included?  Who should not make the list?  And what criteria should be used to evaluate the players?

To assist me with the list, I sought the help of the venerable Mike Babcock.  Mike was a sportswriter for the Lincoln Journal Star for 17 years, has authored several books about Husker football and is currently editor of Hail Varsity magazine.

Here are the rules:

1.)  All players must have been born in the state of Nebraska and/or played high school football in the state.

2.)  All players must have excelled in football at UNL.

I realize that limiting the list to players from the Devaney Era through the start of the Scott Frost Era excludes some really great home-grown Husker players like Tom Novak, Mick Tingelhoff, Guy Chamberlin and Bobby Reynolds.

The Dream Team was created several months ago and since that time, I’ve had the honor of talking with many of these players about their Husker careers.  Note:  Each of the six decades covered has at least one representative.  And there is no duplication of jersey numbers.  Neither result was intended.

And sadly, one player on the Dream Team is no longer alive.

In PART ONE, we’ll take a look at the offensive winners:

Eric said that for the first two years of his career at Nebraska, he wasn’t able to sleep the night before a game.  And there were many times he was in so much pain, he had no idea how he was going make it to the huddle.  And for all his sacrifice, Eric won the 2001 Heisman Trophy, Davey O’Brien Award, Walter Camp Player of the Year Award and was a First Team All American QB. Eric was one of the toughest and most exciting quarterbacks NU has ever seen.  In Husker history, Crouch stands at #3 in Career Total Offense (7,915 yds), #3 in Career Total Points (368), #5 in Single Season Total Points (120 in 2000) and #1 in Career TDs (61).  Crouch had many great moments in his career, but perhaps none better than the 2001 “41 Black Flash Reverse” play that resulted in a 63 yard Mike Stuntz to Eric Crouch TD pass.  That play helped seal the Huskers’ home win over Oklahoma in 2001.  Eric is one of five players on this list to have had his jersey retired.

Tom Rathman was one of the best fullbacks in Husker history. His senior year, Tom rushed for 881 yards and owns the Husker record for Single Season yards per carry by a fullback with 7.5 yards.  He’s a ’92 inductee to the Nebraska Hall of Fame.  He finished his NU career with 1,425 Total Yards and 12 TDs.

He was a favorite long ball target of Jammal Lord and was a perfect fit for Bill Callahan’s West Coast Offense.  Matt owns the Husker record for Receiving Yardage by a tight end with 65 catches for 1,243 and an amazing Per Catch Average of 19.1 yards.  (Matt redshirted in ’05 due to injury.)

Johnny came to Nebraska after failing to receive a scholarship offer from his first choice, Southern California.  Despite being born with asthma and having bleeding ulcers later in his career, Johnny was able to win the 1972 Heisman Trophy and the Walter Camp Player of the Year Award.  Johnny “The Jet” was unlike any football player I’ve ever seen.  He returned punts, kickoffs, was a great wide receiver and played running back and even threw a TD pass in the ’73 Orange Bowl.  Rodgers “tore ’em lose from their shoes” many times.  No one has ever been in JR’s league at Nebraska.  Rodgers is one of two Huskers who have college football awards named after them.  In Rodgers’ case, it’s the Jet Award given each year to the nation’s best punt returner.  Rodgers holds the Husker records for number of Career Receiving TDs (25) and Single Game TDs (3) and is #2 in Single Season TDs with 11.  There will never be another like Johnny “The Jet.”  Johnny is a member of the College Football Hall of Fame and a First Team All American.  Rodgers is one of 17 players in all of Husker history to have his jersey retired.  And BTW, Rodgers played baseball for Nebraska and was good enough to be drafted out of high school by the LA Dodgers.

This former walk-on came to Nebraska during Bill Callahan’s tenure and became a valuable threat at his WR 0position.  Todd stands at #10 in Husker history in Career Receptions (108 from ’05-’08), #6 in Single Season Receptions (62 in ’08) and #8 in career yardage with 1,602 yards.)  Todd was a Five Time Commissioner’s Fall Honor Roll (’04-’08) winner.  Remember the drive at Texas A&M in 2005?   Todd said recently, “The drive was the chance to show what you were made of.  Zac Taylor (Husker QB) never got too high or too low.  He was the perfect guy to have in the huddle.”

If a player gets an award named after him, he must be a great player, right?  The Rimington Award is given each year to the nation’s best collegiate center.  Dave was a two time Outland winner (’81-’82), College Hall of Fame member and a First Team All American center.  His jersey has also been retired.

Zach won the Outland Trophy in ’94, was a captain his senior year, was a finalist for the Lombardi Trophy and finished #9 in the Heisman voting his senior year. He was also a First Team All American 1994.  Zach’s jersey has been retired, too.

Steinkuhler’s blocking helped pave the way for the 1983 “Scoring Explosion” that consisted of QB Turner Gill, WB Irving Fryar and ’83 Heisman winner, RB Mike Rozier. The ’83 team averaged over 50 points a game on offense and averaged over 400 yards rushing per game. In 1983, Dean won the Outland Trophy, the Lombardi Award and was chosen as a First Team All American.  Oh, and it was Steinkuhler who picked up Turner Gill’s “fumble” and rumbled into the end zone in the national championship game vs Miami in the ’84 Orange Bowl.  The play was nicknamed “The Fumblerooski” and helped NU claw its way back into the game. Dean’s jersey has also been retired.

Russ holds the Husker record for pancakes in a single game with 23 vs Notre Dame in 2000. He finished his career with 346 pancakes for a career average of 8.7 per game.  He was a team captain, an Outland Trophy Watch List and was voted First Team All American in 2000.

Alex came to Nebraska as a walk-on, opting to placekick and punt for Nebraska rather than play soccer at Creighton University.  He is #1 on Career Place Kicker Points (397). #1 on Career Field Goals made (68), has the Singe Season record for made FGs (24 in ’09), holds the Single Season record for FG percentage (94.7% in ’10) and holds the NU record for the Longest FG made (57 yards vs Colorado ’08).  Alex is also a First Team All American.

In my next column, we’ll take a look at the defensive team.