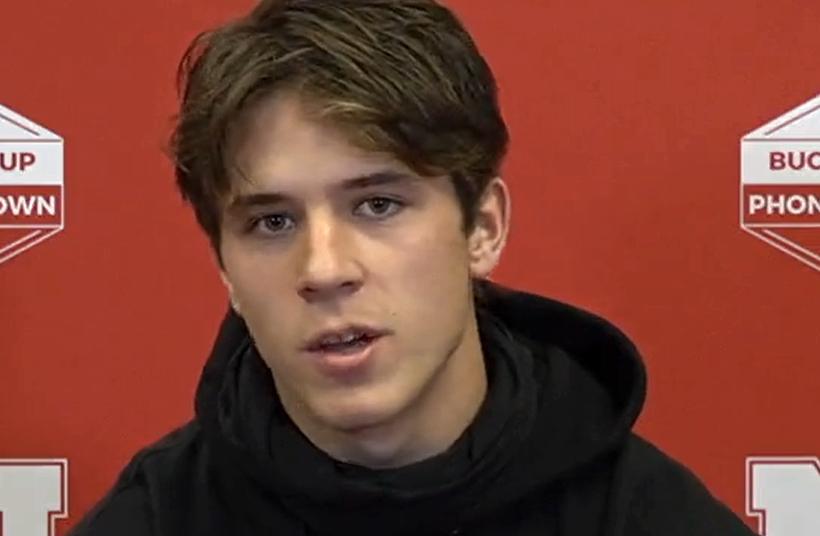 When Scott Frost came to Nebraska in December of 2017, he brought with him a vision of a high-powered, fast-paced and dynamic spread offense.  And Husker football fans were excited because they saw what Frost’s offenses did when he was the OC at Oregon and what he’d developed as the head coach at the University of Central Florida.

THE STRAW
When Frost got the UCF job in 2016, he signed QB McKenzie Milton, who played high school football in Miliani, Hawaii.  Even though McKenzie was a 3-star player, was only 5′ 11′ and weighed just 185 lbs., Frost saw something in the kid.  Milton didn’t have the strongest arm in the world and wasn’t the fastest runner.  But he did have a few things going for him that more than made up for his other perceived shortcomings.

Perhaps Milton’s greatest asset was his ability to make accurate, split-second decisions.  He knew when to take off and run and how to be patient by waiting for a receiver to get open.

Let’s look at Milton’s stats during the two years he played under Scott Frost.

And sadly, the year after Frost left for Nebraska, McKenzie suffered a career-ending leg injury.  But clearly, during his time with Frost, Milton was the straw that stirred the Knights’ drink.  And in 2017, that drink went 13-0.

So why am I spending so much time talking about a kid who never played for Nebraska?

If you look at the play of Frost’s top two QBs, Adrian Martinez (Jr.) and Luke McCaffrey (RFr.), the player who might be more like Milton is the young Mr. McCaffrey.

And it looks as if Luke might get the nod this Saturday to be the starting QB for Nebraska when they host an 0-3 Penn State team at Memorial Stadium.

MOST POPULAR?
Yes, I know, the most popular player on a team is the backup quarterback.  And maybe we haven’t seen enough of young Luke to put a crown on his head just yet, but Nebraska needs to start winning some games pretty soon.

And blaming Nebraska’s losing streak on Adrian Martinez is silly.  There are far too many other issues that need to be corrected like the rash of unforced errors, drive-killing penalties, missed tackles and bad special teams play.

Can a new quarterback make enough of a difference this year for Nebraska?  Maybe, maybe not.  But give #7 a try.  It’s getting close to Thanksgiving and Huskers fans are getting very hungry.