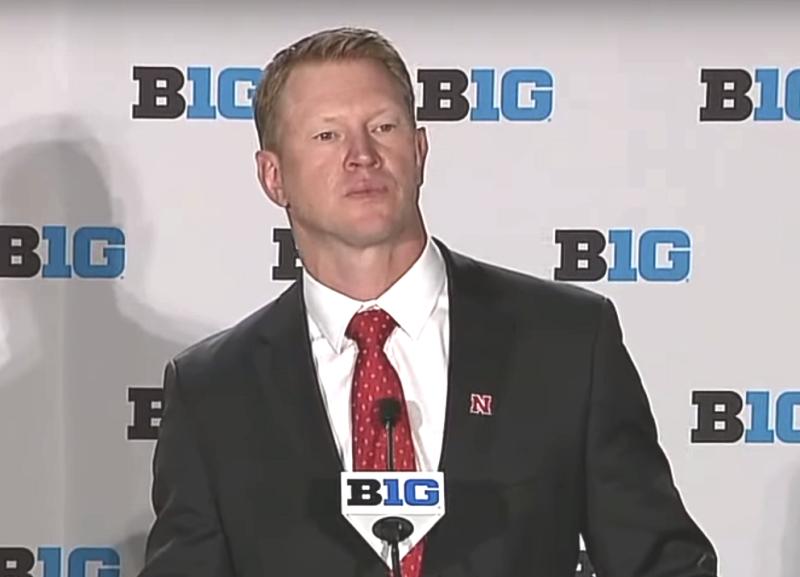 Many Midwestern football fans regard Big Ten Media Days in Chicago as the start of the football season. It’s a sign that the summer doldrums are nearly over, and every team from the top to bottom of the conference is infused with a renewal of hope. But when Scott Frost was first coach to the podium July 23, there was more attention than usual. As members of the conference football media crowded forward to lay out their voice recorders and fire up their video cameras, many wondered if they were witnessing something a bit more historic, something long-awaited.

Will Nebraska finally become a force to be reckoned with in the Big Ten?

That level of interest from outside the Husker Nation isn’t worth a single victory in September, but it’s a good sign that change is afoot. Something special is brewing in Lincoln. And it’s about time.

Eight years ago, when Tom Osborne and Harvey Perlman joined Jim Delany to announce Nebraska’s acceptance into the Big Ten, many thought the Cornhuskers would not only immediately contend for the conference title, they’d win one in the first few years. Delaney and the member schools’ presidents and chancellors — who voted unanimously to let the Big Red in — didn’t rescue Nebraska from what appeared to be a sinking Big 12 ship out of the goodness of their hearts. They didn’t take Nebraska because of any impressive television demographic. They took Nebraska because it was an iconic football brand who had a solid reputation fiscally and academically, and a good fit culturally. They fully expected the Huskers to flex their muscles in the western half of the conference.

That’s not how it turned out. The Huskers stumbled out of the gate, missing a good opportunity to do some damage in 2011 and 2012. Things have gotten worse since. So far, the move has been a letdown— for both Nebraska and the Big Ten, which is a much better league now than it was five years ago.

When Osborne, Perlman and Delany left the podium June 11, 2010, Nebraska was full of optimism. Coming off a controversial 13-12 loss to Texas in the Big 12 Championship game the previous December, the Huskers shut out Arizona in the 2009 Holiday Bowl and were on the rise. They had a strong, speedy defense and a world of momentum, but never have truly delivered on that promise in their new conference, where they’re winning only 60.3 percent of their games after winning at a 67.5 percent clip in the Big 12 over 15 seasons and 81.2 percent in the Big Eight over 36 seasons.

Why have the Huskers underachieved? A downturn in recruiting led to inadequate depth that quickly became devastatingly evident when key injuries hit Baker Steinkuhler (2012) and Tommy Armstrong (2016). But a lack of talent has been only part of the story. Spotty player development and lack of focus on the fundamentals weakened Nebraska football at its very core. NU generally has been inconsistent, and at times, downright soft at the line of scrimmage throughout this decade. You’re not going to succeed in the Big Ten without being sound in blocking and tackling.

The move was a good idea, academically and financially speaking, but the Cornhuskers have been a huge disappointment in men’s major team sports, especially football. Nebraska owes the Big Ten a better return on its investment, and Husker Nation looks to Frost to fulfill that promise. There has been only one Big Ten men’s championship out of the 21 combined Big Ten football, basketball and baseball seasons Nebraska has had so far, and that came in May 2017 when Darin Erstad’s team won the regular-season baseball title. When you consider that basketball and baseball have regular-season and postseason championships, Nebraska is an alarming one-for-35 in Big Ten title opportunities. (It’s small comfort that NU men’s track and field has been excellent under Gary Pepin, winning four of a possible 14 Big Ten team indoor and outdoor championships so far.)

Nebraska’s conference highlight thus far came in 2012, when junior quarterback Taylor Martinez put together the most consistent stretch of his career. Martinez, completed 98 of 162 (60.5 percent) passes for 1,210 yards and nine touchdowns against only four interceptions as the Big Red strung together six consecutive conference wins to capture the Legends Division and earn a place against Wisconsin in the title game. Since then, the Husker have never won more than three consecutive Big Ten games.

Missed opportunities and flat-out embarrassments litter the past decade, and are too numerous to itemize here. Suffice it to say that Nebraska’s defense became much slower afoot and has faded to a parody of its 2009-2010 editions.

The Huskers went 12-4 in their first 16 Big Ten games. Since the 2012 title game beatdown, they have gone 23-19 in the conference. Steve Pederson’s feared “gravitation to mediocrity” has become reality. Nebraska is the conference’s most disappointing football team this decade.

So why is everyone so interested to see Frost return to Lincoln? Because the shopworn cliches apply in this case. Because Nebraska is a sleeping giant. Because the world seems off track when Nebraska linemen are getting pushed around. Because it doesn’t make sense to see preseason magazines pick the Huskers to finish fourth in the Big Ten West. Because a healthy Nebraska makes college football better. Because with no conference titles since 1999, Nebraska is overdue.

Frost could change the balance of power in the Big Ten. He’s already started by fumigating all the Mike Riley/Bob Diaco ambiguity out of North Stadium, and replacing it with purposeful clarity.

It’s time for the Huskers to make good on their promise.

Frost’s best quote at Media Days warned conference foes that they’d “better get us now, because we’re going to keep getting better.” Whether Husker fans are gulping Kool-Aid at an unhealthy rate remains to be seen, but you get the feeling the doldrums are over for Nebraska football — and the Big Ten truly deserves it.