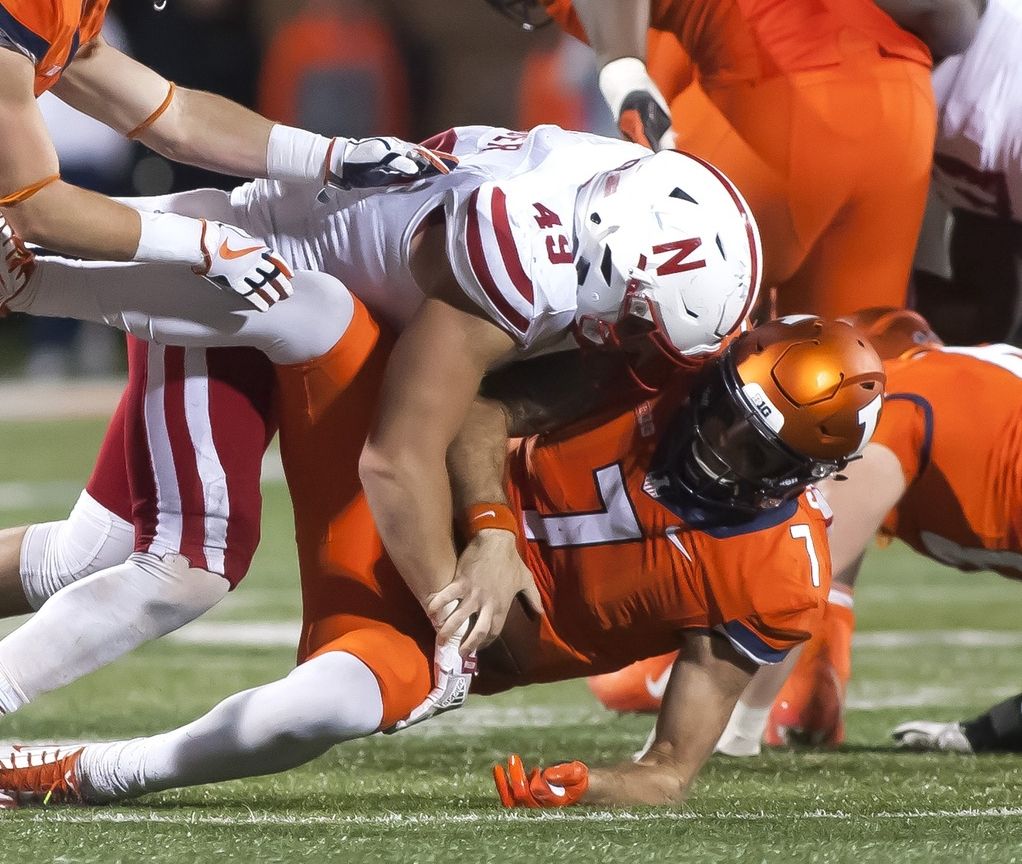 Nebraska linebacker Chris Weber joined an elite group of scholar-athletes Wednesday as the senior was one of 13 finalists named by the National Football Foundation and College Hall of Fame for the 2017 William V. Campbell Trophy, presented by Fidelity Investments.

As a finalist, Weber will receive a $18,000 postgraduate scholarship as a member of the NFF National Scholar-Athlete Class, and will travel to New York City in December for the 60th annual NFF Awards Dinner on Dec. 5.

Weber is Nebraska’s first Campbell Trophy finalist since Spencer Long in 2013, and the 23rd Husker football player to receive this prestigious honor for achievement on the playing field and in the classroom.  Weber joins a list of former Husker greats that includes Rex Burkhead (2012), Chris Kelsey (2002), Grant Wistrom (1997), Tracy Wistrom (2001), Pat Tyrance (1990), Dave Rimington (1982) and Vince Ferragamo (1976). A full list of Nebraska’s nation’s best 23 winners is at the bottom of this release.

The 13 finalists were chosen from a pool of 181 semifinalists announced in September.  Weber is one of seven FBS players on the finalist list and one of two from the Big Ten, joining Northwestern running back Justin Jackson.

On the season, Weber has started all eight games and leads the Huskers in tackles (66), tackles for loss (six) and pass breakups (five). He has three games of at least 10 tackles, including a 15-tackle effort against No. 9 Ohio State on Oct. 14.  A 2017 captain, the former walk-on is a three-year letterwinner and has played in 44 career games at Nebraska.

In the classroom, Weber carries a 3.96 GPA and has already been accepted to medical school at UNMC.  He is a two-time CoSIDA Academic All-District VII selection (and was nominated for Academic All-America honors in 2017) and a three-time Distinguished Big Ten Scholar.

He has also been instrumental in NU’s Life Skills program, as Weber has been named to the Brook Berringer and the Tom Osborne teams in each of the past four years. Earlier this year, Weber led NU’s Uplifting Athletes Road Race efforts, raising more than $35,000 for pediatric cancer research this year and move than $125,000 over the past four years.

To be nominated, candidates for the awards must be a senior or graduate student in their final year of playing eligibility, have a GPA of at least 3.2 on a 4.0 scale, have outstanding football ability as a first team player or significant contributor and have demonstrated strong leadership and citizenship.

Nebraska is one of only five NCAA programs with multiple Campbell Award winners, joining Florida, Ohio State, Tennessee and Texas.