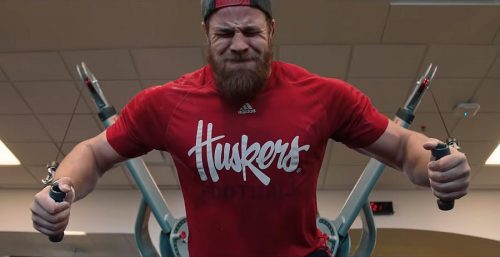 The Huskers’ Damian Jackson is the subject of a new installment in the U.S. Navy’s “Faces of the Fleet” docu-series. Jackson, a former Navy SEAL, earned a walk-on spot at Nebraska via a tryout despite having never played high school football. He will be a sophomore in the 2019 season. | Huskers.com bio