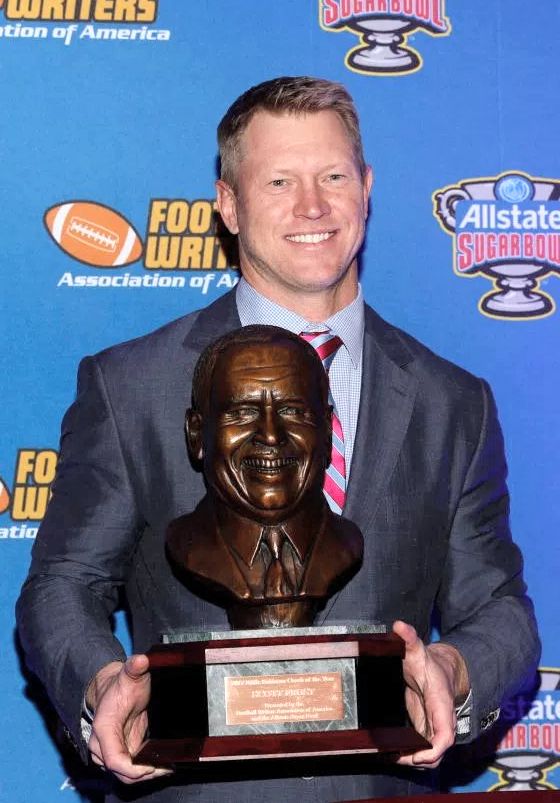 There’s an old saying in sports that goes something like this: “It’s players, not plays, who win championships.” Scott Frost’s success at UCF — at least on the offensive side of the ball — challenges that wisdom.

It’s certainly not the way it played out in Orlando last fall. UCF put together a 13-0 season while leading the nation in scoring offense, but none of the Knights’ offensive players made any major All-America team. It was talented, dedicated but relatively nameless players doing their jobs, over and over again. That’s quite refreshing, isn’t it?

Meanwhile, according to Athlon magazine, Florida and Florida State each had three preseason All-America players, but the Seminoles finished 7-6 and Florida went 4-7. Somebody obviously thought they had the players, but somehow, FSU and Florida didn’t make nearly as many plays as UCF.

How will Frost’s Nebraska offense look in coming years? We can only surmise, but we can make an educated guess. While we’re at it, let’s frame it in musical terms, and let’s continue to look to the state of Florida. If Scott Frost were the lead singer and songwriter for a rock band, it would look a lot more like Lynyrd Skynyrd than Led Zeppelin. (This analogy may reveal that I’m of a certain age, and by the way, I’m a big fan of both bands.) There would be no Jimmy Page — a dominant superstar lead guitarist. Instead, you’d have three talented but lesser-known guitarists like Gary Rossington, Allen Collins and Steve Gaines, making up a devastatingly good front line, who could harmonize like nobody’s business and take turns soloing when needed.

Frost would make an excellent Ronnie Van Zant, a fine songwriter and one of the best vocalists who ever lived. At concerts, Van Zant ran a unified, tight ship, keeping showboating and ad-libbing to a minimum and tolerating little deviation from the overall plan. As a result, Skynyrd sounded just as good live as it did on vinyl.

This musical analogy can only go so far. Frost’s UCF offense had an excellent quarterback in McKenzie Milton, but Milton may never play in the NFL. That’s no knock against Milton, but it shows that Frost’s offense doesn’t seem to require a dominant quarterback, running back or wide receiver to make it sing.

Frost took over a Knights team that averaged 14 points per game in 2015, and turned it into a machine that produced 48 points per game in 2017. They did it without stars. Nobody dominated the rushing or receiving categories. In 2017, the Knights had six players who caught 25 passes or more; the leading receiver had 59 catches. No single back had 25 percent or more of the rushing attempts; the Knights rushed the ball 500 times, but the leading rusher had only 122 carries (24.4 percent of all rushes).

By contrast, at Ohio State, which had a balanced spread offense, freshman J.K. Dobbins had 32.4 percent of all rushes for the Buckeyes. He’ll no doubt get a higher percentage of the carries next fall. But it’s doubtful any Husker running back will get 35 percent of all carries — certainly nothing approaching Ameer Abdullah’s 44.9 percent of all rushes in 2014.

Frost’s UCF team did it with balance, depth and a bunch of three-star role players. It’s quite a contrast to the Alabama way of stockpiling five-star talent and running a pro-style offense. The secret to Frost’s offense obviously is speed. Lots of speed. Otherwise, his modified ‘blur” offense is very team- and scheme-oriented. While it’s risky to make bold proclamations on only two years of results, Frost has written a script that could succeed almost anywhere, even without All-America talent. Plays, not players, if you will. And it likely won’t be crippled by injuries to three or four backs or wideouts.

Frost and his staff are intent on bringing a lot of speed to Lincoln; there’s little doubt about that. They are focused on bringing competent dual-threat quarterbacks into the fold.

Just as the success of any band rests on its rhythm section, the success of the Nebraska offense will rest first on the coaching staff’s ability to condition and train the offensive line to operate at a pace and level needed to sustain the operation. I think we’ll be surprised at how much better the same Husker o-linemen play in 2018 than they did in 2017. If the line is solid, the offense will rise as high as the quarterback play lifts it.

At the end of the day, Lynyrd Skynyrd got more out of its guitarists than most bands ever will. Within a couple of years, we’ll find out how Frost’s offense operates week after week on a big stage.