Stryker: Sand is running through hourglass for 2019 Huskers 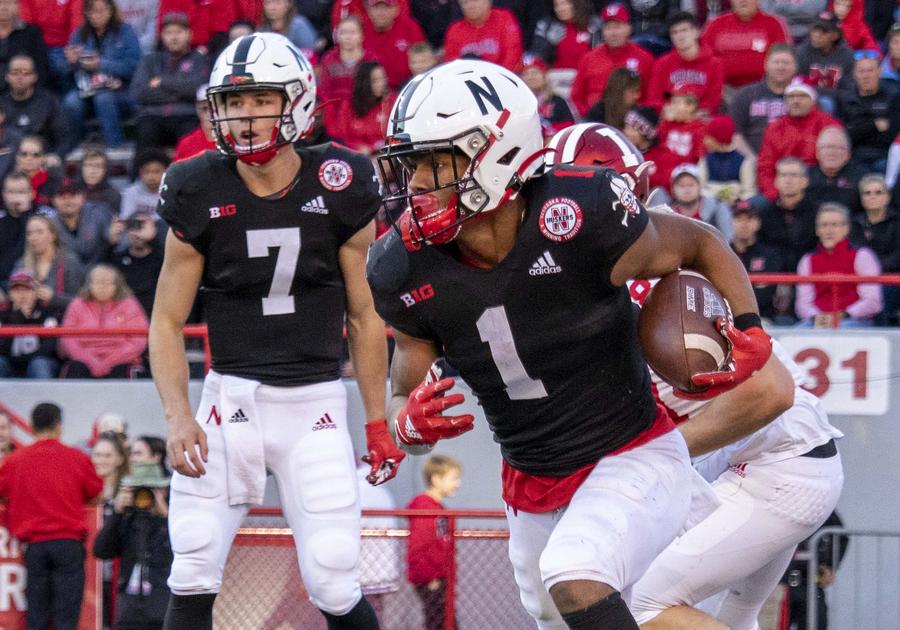 Kenny Larabee, KLIN
True freshmen Luke McCaffrey (7) and Wan'Dale Robinson carried more than their share of the load against Indiana.
By Tad Stryker on 10/26/2019

Nebraska football just missed another appointment — the latest in a series of very important missed appointments that could have set up the Cornhuskers with somewhere to go and something to do in December.

The season is slipping away from Nebraska, which is 4-4 and floundering. The Cornhuskers are regressing in their defense and kicking game. The Huskers worked on fundamentals during their bye week, but progress was not evident.

Fan expectations were high in August, and coach Scott Frost did very little to dial them back. Were they too high? Probably, but they weren’t as high as the expectations of college football guru Phil Steele, who predicted the Huskers would be the most improved team in college football this season.

Were Bill Moos’s scaled-back expectations of a 6-6 season and a bowl game too high? Yikes! It’s starting to look that way.

The Huskers’ missed appointments become more and more damaging. It became apparent at Boulder, and then obvious at Minneapolis, that Nebraska will not take the elevator ride to the top of the Big Ten West that Steele and so many others predicted. And on a beautiful, breezy October afternoon in Memorial Stadium, Frost and the Cornhuskers missed the slow boat that could have taken them to a potential seven- or eight-win season. Now, they’ll have to swim like hell just to get to a bowl game.

Indiana beat the Huskers 38-31 to clinch a bowl in October for the first time in more than a quarter century. By doing so, they very likely arranged another Christmas at home for the Huskers.

Does that seem premature? The Huskers only have to split their final four games to go bowling. But they obviously don’t have the offensive or defensive lines to hang in there against Iowa, let alone Wisconsin. This loss leaves the Huskers with no margin for error on the road. True, both Purdue and Maryland will have losing records when Nebraska plays them, but I’ve seen very little to suggest this team has the confidence or mental toughness to go on the road and win twice more this season.

The Huskers have some good young players who have not learned to play complementary football. The kicking game puts both the offense and defense in bad positions. There’s very little consistency. They suffer catastrophic breakdowns (Noah Vedral’s second-quarter sack/fumble) at inopportune times. They suffer irritating breakdowns (Mike Williams illegal procedure penalty that wiped out a fourth down conversion inside the Indiana 10-yard line. That led to a field goal try, which Barret Pickering missed. There goes at least three points, and likely seven.

The fumble by Vedral, you’ve got to credit to the Hoosiers for making a great play. That was a seven-point swing, but the Hoosiers earned it. They didn’t earn the procedure penalty by Williams, who simply lined up in the wrong place. A simple mental mistake that simply kills a young team that lacks resilience.

Then there was another brutal third quarter, when Indiana outscored Nebraska 15-3, even after the Huskers got a stop on the opening drive of the half for the first time since September. But, in a textbook example of utter inability to play complementary football, the offense chose that moment to go three-and-out, and Isaac Armstrong shanked a 19-yard punt out of bounds, setting up Indiana with first down at the NU 35-yard line. In effect, it was the same as a turnover.

The Hoosiers (6-2) responded by scoring a go-ahead touchdown in five plays, and the Huskers played uphill the rest of the game.

Ultimately, this, the Huskers’ latest in a series of missed appointments, was with their own fans. Husker fans are there, on time, ready and waiting, even longing, for their team to put together four quarters of solid football. They realize the Huskers are not approaching greatness anytime soon. They’d be happy with a glimpse of consistency once in awhile. They pack the stadium, yell their hearts out and watch historically lower-division teams come in and beat their team.

They do get props from opposing coaches, though. So there’s that.

“This is a pretty awesome place to play,” said Indiana coach Tom Allen. I had never been here before, never been to Lincoln — never coached here, never played here, nothing. It was an awesome crowd and they were so stinking loud. But, it was a pretty special night.”

The vast majority of Nebraska fans are patient, and they will continue to be patient. They will talk about the future. They will celebrate a good game by Luke McCaffrey, When the Huskers absolutely, positively needed a victory, it was a true freshman who stepped up and played better than any other Husker. The best thing about this lost opportunity was the valuable snaps it provided for McCaffrey and freshman outside linebacker Garrett Nelson.

McCaffrey came in for the injured Noah Vedral, and provided a much-needed spark, rushing 12 times for 76 yards and throwing a touchdown pass. Too bad he didn’t get more help, especially on the defensive side of the ball. Nebraska seriously lacks leadership and performance from its upperclassmen. The Husker offense, for example, once again leaned heavily on Wan’Dale Robinson, who came back from a seemingly serious ankle injury at Minnesota to run the ball 22 times and catch seven passes for 154 total yards. The true freshman was responsible for 40 percent of NU’s total offense attempts, and showed no ill effects.

Vedral started at quarterback and played well much of the game, outside of the above-mentioned sack/fumble. In fact, he and McCaffrey combined to break a school single-game record for passing percentage, hitting 20 of 23 passes for 294 yards and no interceptions.

The Huskers ran 50 times for 220 yards. There was more life there than might have been expected with the injured Adrian Martinez on the sidelines. The Huskers played enough offense to win this game, but the Blackshirts simply couldn’t handle backup quarterback Peyton Ramsey, who completed 27 of 40 passes for 351 yards with two touchdowns and one interception.

IU slot receiver Whop Philyor caught 14 passes for 178 yards. He consistently beat whichever Husker linebacker was assigned to cover him, and was largely responsible for Indiana’s 7-for-14 performance on third down.

The Blackshirts could not get off the field when they needed to. Except for senior cornerback Lamar Jackson — who had his ups and downs Saturday, but is quietly putting together an excellent season and probably will be an mid-round draft pick next April — they’re simply not fast or talented enough yet to get the takeaways which coordinator Erik Chinander’s scheme is built around. They steadily retreated as Ramsey shredded their secondary, largely because the pass rush was ineffective. Although they allowed only 104 rushing yards, the Blackshirts let Indiana run their four-minute drill to perfection. They could not shut down the mediocre IU running game when they absolutely, positively had to.

Armstrong’s shanked punt, a missed field goal by Barret Pickering (who finally reappeared in the lineup) and zero punt return yards made for another weak day from the Husker special teams, although senior Wyatt Mazour provided a bright spot by returning two short Indiana kickoffs for 40 yards.

Increasingly, this underclassman-led Husker team looks like it will reschedule the rest of its appointments for 2020 and beyond. After watching opportunity slip away from his team, Frost was looking ahead.

“We’re going to get there. It’s just not happening as fast as I’d like,” he said on Nebraska Sports Network postgame radio interview. “We’re going to keep plugging and keep recruiting and get this thing going right,”