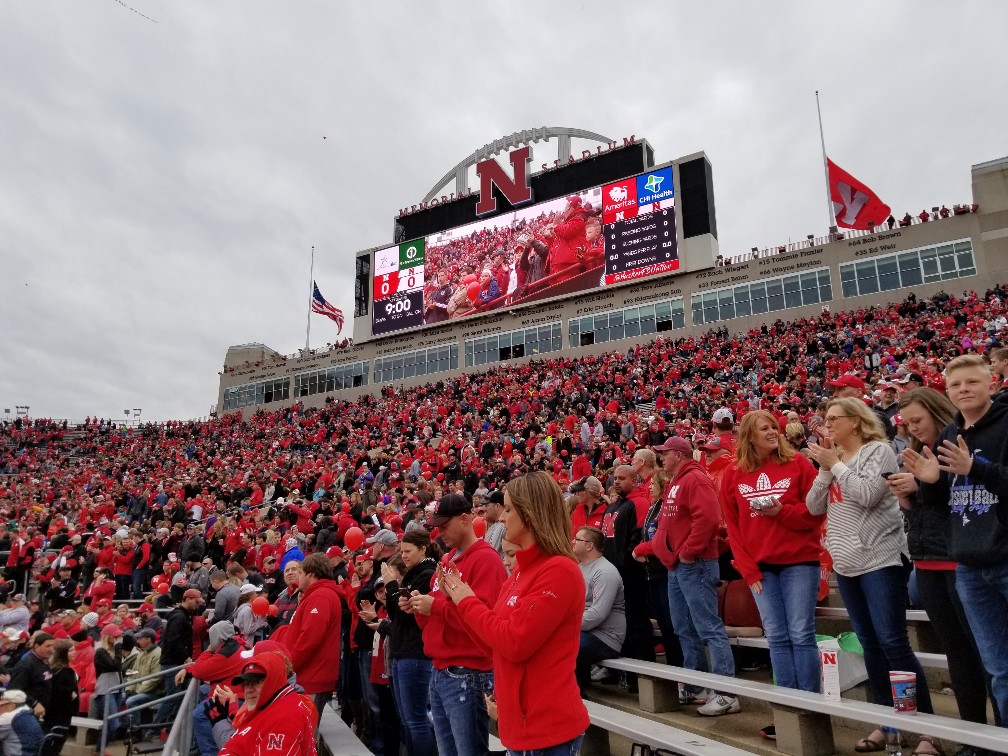 A four-game losing streak to finish a dismal 4-8 season predicted  a long, cold winter for Nebraska football fans, and that’s exactly what we got, although the hiring of Scott Frost infused enough energy into Husker Nation to prompt the first-ever sellout for the spring game.

So to get a jump on what Cornhusker fans are thinking these days, I dusted off the Pregame Perspective for the Red-White scrimmage.

I asked this question of 100 Husker fans on a cloudy, drizzly Saturday morning: “What do you most want to see at today’s spring game?” Some said, “Sunshine,” but I ignored them and pressed for answers from five preset choices.

The answers were rather evenly split.

Concern about the Blackshirt defense was evident everywhere I went.

“Actual tackling,” and “Intensity and tackling” were common answers. “Intensity” and “physicality” were mentioned, as were “work ethic” and “fundamentals.”

Those who focused on better attitude had answers like this:  “Energy on the sidelines,” “Players standing and not sitting on the bench,” and “It might not happen today, but I want to see a culture shift.”

Another red-clad man had one request that for him, signaled the end of winter.

“I want to see Scott Frost on the sideline.”