Stryker: Looking outside the box to fill NU coaching vacancy 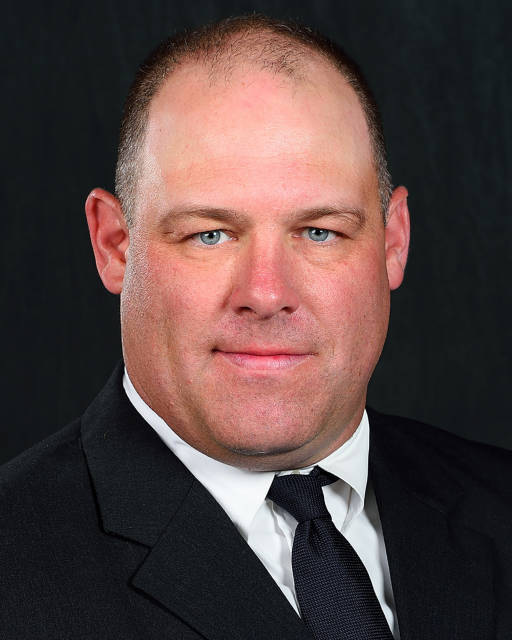 It’s been about two weeks since defensive line coach Mike Dawson announced his resignation Feb. 11, a transaction that both creates a problem and opened new possibilities for the Nebraska football program.

When Scott Frost was hired, it was widely expected that offense would be the strength of his team. That turned out to be true in Year One, and likely will continue, although to be a frontrunner in the Big Ten West, the Blackshirts must improve on their dismal 31.2 points-per-game performance in their first year under Eric Chinander.

There’s no denying that offense is the program’s showpiece. Frost and Chinander both indicated multiple times in the past year that the goal for the defense — at least early in Frost’s tenure — is to bend but not break, and force enough turnovers to allow the offense to outscore the opposition. The Huskers allowed 5.0 yards per rush (a miserable 96th in the nation) and 29 rushing touchdowns (clear evidence the Blackshirts were breaking way too often last fall) but finished an encouraging 34th in pass efficiency defense. Yet they forced just 20 turnovers, finishing in the middle of the pack nationwide. If you’re going to be that weak against the rush, you absolutely have to compensate by forcing a lot of turnovers.

For far too long, opposing quarterbacks have been far too comfortable whenever they drop back to pass against the Huskers. You want to get a Nebraska fan’s blood pumping? Sack the enemy quarterback four or more times in a meaningful game. The Huskers did it against Colorado in Game 1 last fall, but it turned out to be a mirage. You’ve got to go back to the 2016 Northwestern game to find another four-sack game for the Blackshirts against an FBS opponent that finished with a winning record. The Huskers made modest gains in sacks and turnovers last year, but it’s been a long time since a Husker opponent feared a trip to Lincoln.

Primarily, the Huskers need run stuffers to win the West, although that responsibility also rests on Barrett Ruud’s inside linebackers. And the eyes of Husker Nation look toward outside linebacker coach Jovan Dewitt to turn either a bulked-up, focused Caleb Tannor or Breon Dixon into an effective edge rusher. I think JoJo Domann would be best used as a blitzing nickel back.

But if the front three can learn to push the pocket enough to be disruptive up the middle, Nebraska will win the conference outright within three years.

So yes, the stakes are high as Frost considers how to fill the void left by Dawson, who was regarded as a top-notch recruiter. Defensive line play was the Blackshirts’ overriding weakness last fall; Frost admitted as much after the Iowa game. I suspect it was mainly a talent/size/strength and conditioning issue. It’s likely that Zach Duval will have the d-line in better physical shape this season, but replacing Dawson with a new face could extend the learning curve for returnees who have seen more than their share of coaching upheaval the past five years.

Frost kept his entire staff together when he moved from UCF to NU, which seemed to indicate that staff stability would be a hallmark of Frost’s tenure. Hopefully, that will still turn out to be true over the long haul.

Frost knows he has at least one other big issue to resolve. Right now, he has an opportunity to address either Nebraska’s No. 1 problem — a porous defense — or its No. 2 problem, a punchless kickoff and punt return game. How many points could Adrian Martinez and the offense score if they start with good field position more often than not?

The d-line coach must have ability to develop talent, but I don’t think Frost will settle for a great developer alone. The new hire must be a good recruiter. Will Frost address his No. 2 problem while also attacking his No. 1? What if he’s pursing someone who’s a great special teams coordinator and also knows Dawson’s old recruiting territory in the Northeast like the back of his hand?

Frost could give Chinander direct responsibility for the defensive line — after all, Carl Pelini did double duty as defensive coordinator and d-line coach from 2008-2010. Chinander spent a year as the Philadelphia Eagles’ assistant d-line coach. He’s the best option to maintain maximum continuity on the defensive side of the ball.

When you’re a new head coach trying to breathe life into a storied old program that’s gone stale, sometimes you have to be innnovative. The Huskers’ lackluster pass rush sticks out like a sore thumb, and has for years under Bo Pelini and Mike Riley. Frost is aware of that, but if some of the early hunches from his coaching tree — guys like Jerry Montgomery of the Green Bay Packers or Ron Aiken, or even Craig Kuligowski, recently fired by Nick Saban — were good possibilities, one of them would’ve been hired by now. I think Frost is thinking outside the box on this one.