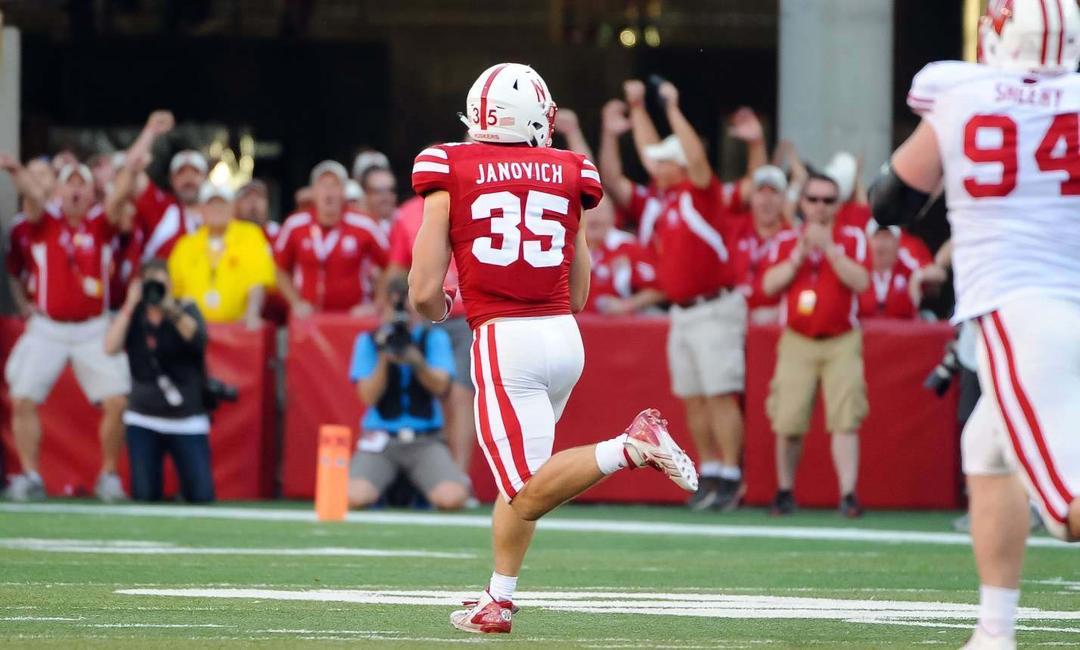 Going into the season, the book said that Mark Banker’s defense, geared to stop the run, would be a good fit for the Big Ten West, with its lack of good passers. The book said you should make Joel Stave beat you with his arm.

So much for the book. Stave found a way to do exactly that Saturday as Wisconsin edged Nebraska 23-21.

Stave clearly outplayed Tommy Armstrong, who completed just 11 of 28 passes for only 129 yards. It seems to me that Armstrong has the higher ceiling, but he is going in the wrong direction.

Armstrong’s best moment was leading the touchdown drive just before halftime, overcoming a questionable illegal procedure call that nullified a big running play. But he was largely ineffective in the second half, and the Huskers again missed chances to extend a halftime lead. His season passing percentage is quickly sinking toward the 50 percent level. After a promising start to the season, Armstrong’s passing mechanics and decision making have regressed to where he was last November.

Throwing off his back foot most of the afternoon, Armstrong didn’t make plays when his teammates needed him to, and with De’Mornay Pierson-El apparently not recovered enough to be counted on, the Huskers offense was stuck in neutral for much of the game.

An injury-depleted Wisconsin team throws the ball 50 times and still wins? It’s just another astounding moment in what is rapidly becoming an astoundingly disappointing season for the 2-4 Cornhuskers. But then again, the Badgers (4-2) never abandoned their running game, and were able to run it just enough in the second half to win.

The injury-depleted Husker defense was in a long, slow retreat the whole second half. Maliek Collins and Vincent Valentine looked good and Dedrick Young and Marcus Newby are improving at linebacker, but leadership from Nate Gerry was strangely absent. Gerry dropped a sure interception in the first quarter, and was not a factor at crunch time. I don’ t hold out much hope for big plays from this bunch of Husker cornerbacks, but even one dynamic play by the talented junior safety from South Dakota would have been welcome.

The Huskers seemed to have gotten over the hump, taking a 21-20 lead on a dramatic touchdown run by Andy Janovich, and surviving a Wisconsin 39-yard field goal attempt that hit the upright with less than two minutes to go. But the lack of a dependable running game once again cost the Huskers, who missed their chance to run out the clock and punted the ball to the Wisconsin 30-yard line with 1:03 remaining. With the Badgers operating without a timeout available on their final drive, a single decisive play by a Nebraska playmaker on defense would have ended the game. One takeaway. Even one sack. Instead, Stave made plays, always half a step ahead of the Blackshirts. It looked easy for him to complete three consecutive passes, covering 42 yards and putting his team in position for a second try at a game-winning field goal.

The absence of takeaways is hard for this team to overcome. Defensive coordinator Mark Banker and defensive backs coach Brian Stewart cannot seem to find a way to stop the bleeding.

If this defensive backfield is making progress, it’s painfully slow and hard to measure. Stave completed just under 50 percent of his throws, but Wisconsin receivers dropped several catchable balls. It’s hard to make Stave look like a good passer, but the Husker defense managed to do it.

The Huskers have had marginal pass defenses in the past, and managed to overcome it. Why not this season? Look squarely at the running game.

The worst thing about Nebraska football is that Nebraska is not a physical running team right now. Terrell Newby is not the answer at I-back. The same could be said for Imani Cross. I don’t see what the Huskers have to lose in using a lot of two-back sets and letting freshman Devine Ozigbo carry the ball 15 to 20 times next week at Minnesota. Let’s see how he holds up. But running the ball is not an easy task for anyone, because the offensive line is simply not getting the job done.

It was great to see Janovich break a 55-yard fullback dive with the game on the line. But 71 of the Huskers’ 113 second-half rushing yards came on two plays. The rest of the second half amounted to 16 rushes for 42 yards. Compare that to Wisconsin, which struggled to run in the first half but finished strong, running 15 times for 89 yards in the fourth quarter.

Nebraska is not a physical passing team, either. The Huskers are not getting many yards after contact. Case in point: junior tight end Cethan Carter plays much smaller than his 6-foot-4, 240-pound frame. He is relatively easy to tackle. One of the many unpleasant surprises about the 2015 season is that at the season’s halfway point, Carter has only eight catches for 92 yards and no touchdowns in an offense he was supposed to thrive in.

Wisconsin was the stronger team in the second half and deserved the win. Yes, Nebraska was injury-depleted, but so was the Badger offense – possibly more so than the Huskers. Injuries were not the reason for this game’s outcome.

How will this Husker team respond? It seems resilient to the point of staying in games and refusing to crack. If your main gripe last season was not the number of losses, but the way Nebraska lost – as I so often heard – then you should feel reasonably good about this year. Can Riley get this team to perform well at key moments of the game? He showed a little more urgency against Wisconsin. He showed some fire, protesting some of the more questionable calls by the officials and drawing an unsportsmanlike conduct penalty. I think he’s starting to realize the passion of the Husker Nation. Maybe he’s absorbing some of it.

I can’t quite put my finger on it, but Riley and his staff seem caught by surprise, like a quarterback who’s surprised by the speed of the game, or a sprinter who thought he had half an hour to warm up for his race, but just found out he needs to be in the starting blocks in two minutes. Their counterparts are usually a step or two ahead. I expected a less painful learning curve from this veteran staff. It’s not an encouraging sight, but whether this means the Nebraska coaching staff is in over their heads, or simply that it will take them a season to get up to speed in the Big Ten, cannot be accurately answered now.