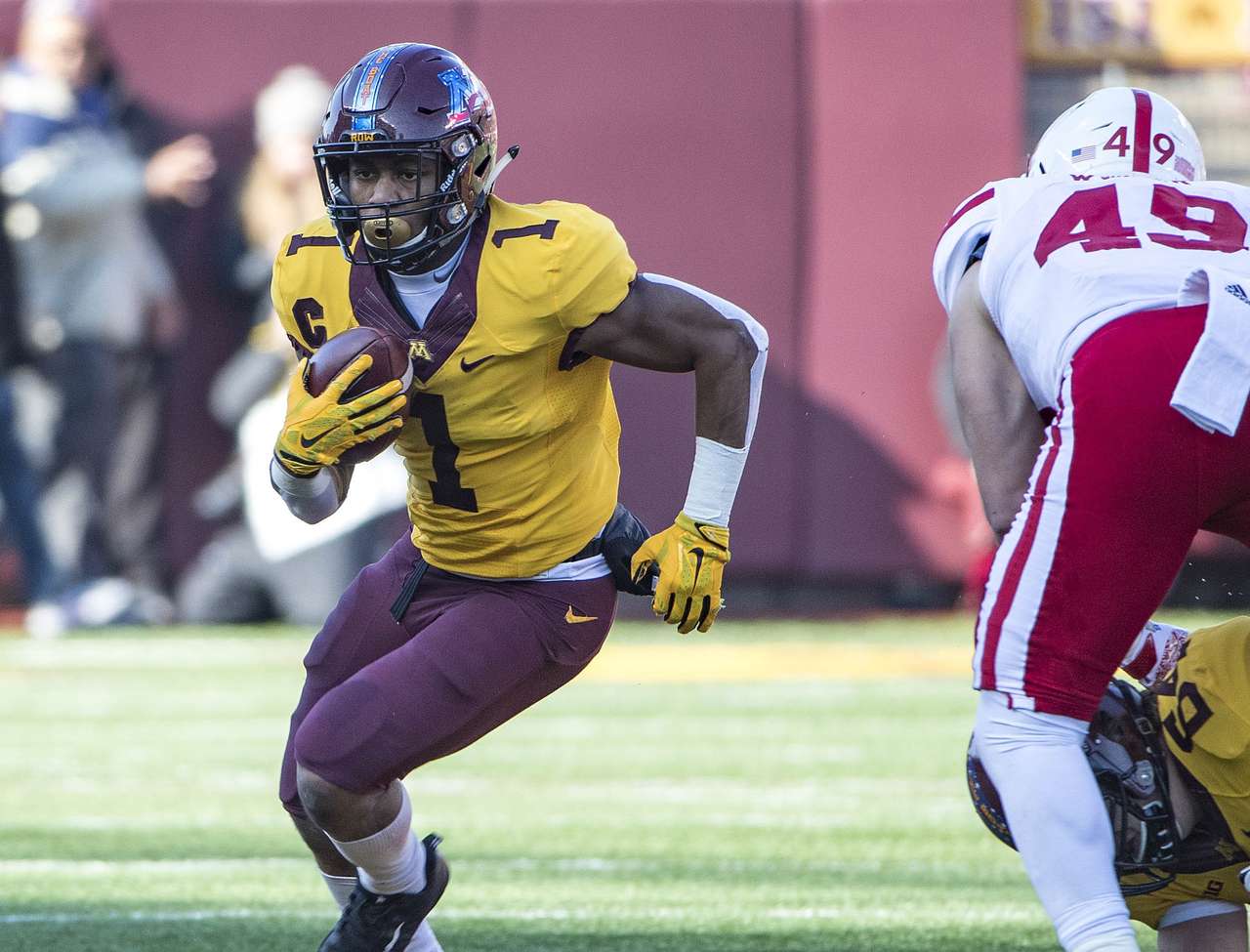 On the whole, Matt Davison would have rather been sitting courtside with Kent Pavelka at Pinnacle Bank Arena to watch the Husker basketball team open its season. Instead, the Husker Sports Network’s color commentator, who knows what a cohesive, well-led team looks and feels like, had to witness a Nebraska football team which has become convinced it belongs in the bottom half of the Big Ten West. On this day, the Cornhuskers’ body language screamed, “I really don’t want to be here today.”

It was a sad day for the hero of the Miracle at Missouri, who had to describe what he saw as this year’s model of Cornhuskers was thoroughly embarrassed by a punchless Minnesota team. The Gophers, who entered the day 1-5 in Big Ten Conference games, piled up 54 points and 409 yards rushing in half-full TC Bank Stadium.

The Huskers’ defensive line was pushed around. The linebackers missed tackles and were slow to the edge. The defensive backs, who knew that Demry Croft, Minnesota’s inexperienced quarterback, was utterly incapable of throwing the ball effectively, acted shocked that they would be called upon to make tackles. And they played like it. First-year defensive coordinator Bob Diaco’s 3-4 “No Crease” defense developed gaping rips and tears, both vertically and horizontally. On this day, Diaco’s defense looked even softer than Danny Langsdorf’s offense.

It was clear from the first quarter of the Arkansas State game that the best Diaco hoped for this season was to create a “Long, Slow Retreat” defense and hope the offense would make enough mistakes that Tanner Lee and the Husker offense could somehow outscore its opponent. The idea, as I understand it, was to keep from giving up the big play. But Diaco’s defense has managed to play soft AND give up the big play on far too many occasions. It’s one thing to do it against Wisconsin and Ohio State, but to be gashed time and again by Minnesota, which entered the game ranked No. 119 in total offense and No. 101 in scoring offense — is something else entirely.

It was the fifth consecutive game Nebraska allowed 199 or more yards rushing. Minnesota broke the 200-yard barrier with 6:40 left in the first quarter. That’s Penn State and Iowa waiting in line and licking their chops.

Croft more than doubled his career rushing yardage, running 10 times for 183 yards and three touchdowns. He had a 73-yard touchdown run and a 64-yard run that ended at the Husker 1-yard line. The Husker defenders played like they’d never heard of the zone read or the speed option; they made the skinny sophomore look like Eric Crouch.

There was really nothing for Davison to do at this point but avert his eyes at the feeble defensive effort. Nebraska players were passive. They were back on their heels and slow to react. This was not a well prepared team.

My good friend, Mr. Glass-Is-Two-Thirds-Empty Husker Fan, was hard to please when Nebraska was winning nine games a year under Bo Pelini. He’s pretty sure he’s watching a historic low for Husker football. By Black Friday, he may be right. The last time NU lost eight games in a season was 1957 — 60 years ago — when it went 1-9 under Bill Jennings near the end of the Husker Dark Ages. That’s exactly where Mike Riley has Nebraska headed this season.

“NEVER SEEN A DEFENSE & COACHING STAFF SO INEPT AND CLUELESS ON HOW TO STOP A MEDIOCRE TEAM,” my friend texted me after the game. “HARD TO BELIEVE HOW FAR WE HAVE SUNK. DON’T KNOW HOW YOU CAN POSSIBLY GO FORWARD WITH RILEY AFTER THIS.”

Judging by their recent comments, Johnny Rodgers and Keyshawn Johnson Sr. may be rarin’ to go with more Riley, but by halftime, Davison, a decent pass receiver himself, didn’t sound so sure.

“I didn’t think we were going to see Minnesota come out and gash this defense,” Davison said as NU went to the locker room trailing 30-14. “This has just been tough to watch, to say the least.”

Fox Sports studio analyst Dave Wannstedt, the former Chicago Bear and Miami Dolphin head coach, called out Nebraska for its lack of intensity and its poor tackling. Minutes later, the game announcers reported that Tanner Lee was ill and didn’t feel like returning for the second half. Husker Nation could certainly identify with that. Patrick O’Brien got his first extended playing time and completed 12 of 18 passes for 137 yards, with no touchdowns or interceptions. He showed a bit more mobility than Lee, gaining 41 yards on scrambles, but lost 41 yards in sacks as the Husker offensive line continued its poor play. Minnesota had six sacks and 12 tackles for loss.

Davison’s tone continued to drop as the Gophers added three more touchdowns and a field goal in the second half. After another Croft touchdown gave the Gophers a 47-21 lead with 7:05 remaining, and Minnesota players danced and did mock jumping jacks on the sidelines, Davison had seen enough.

“This is tough to watch, buddy,” Davison said to play-by-play announcer Greg Sharpe in the press box. “We’re headed for a beatdown in Penn State next week if the Huskers don’t play a lot better than today. Nobody’s scared to play Nebraska right now, that’s for sure. Who would we beat?

“As a lifelong Husker, covering games all these years, this is a sickening feeling,” Davison went on. “Our players right now are not responding to the coaches, and the players are not playing even close to their ability. The effort has been as bad as I’ve ever seen in a Nebraska uniform.”

I can picture Mark Banker and Bruce Read getting up early Saturday morning, downing a few beers together and laughing their heads off as they watched the Husker defense and special teams getting ripped by a Minnesota team that could only wish it had Nebraska’s level of talent. Minnesota was much more physical than the Huskers, pushing around a defensive front who earlier this season looked at least respectable. John Parrella’s unit failed miserably in this game, as did Trent Bray’s linebackers and Scott Booker’s safeties. Who can explain the defensive unit formerly known as the Blackshirts totally embarrassing themselves against the Gophers? In his postgame press conference, Riley certainly could not.

Riley is presiding over a full-system failure in his program, whose offensive line has played well below its potential all year long. Now the defense is collapsing. His Last Great Adventure is turning into the Vacation From Hell. Riley and his staff will pay big time for removing physicality from Nebraska football. With a new athletic director getting vibes from Nebraska season ticket holders and Husker Sports Network advertisers preparing to abandon a sinking ship, Riley’s adventure is in its final two weeks. A lot of folks will go down with him.