Stryker: How much better will Duval alone make 2019 Huskers? 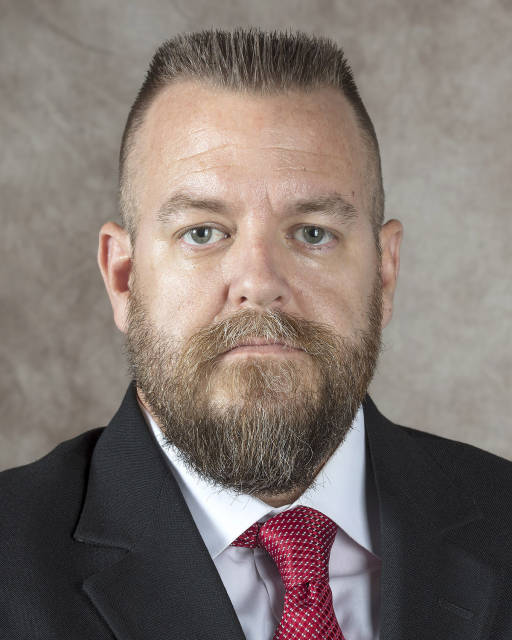 In Scott Frost’s first season, Nebraska barely missed breaking even with a team significantly lacking in size and strength.

It’s just a benchmark — playing .500 football is not something for a Cornhusker team to get excited about — and it shows just how far behind the Nebraska strength and conditioning program fell during three years under Mike Riley.

This week, with no bowl game to prepare for, as Frost and his staff continue their full-tilt recruiting, the current players start looking to next season as they put in a week of conditioning. If you’re laser focused on the 2019 won-loss record, Zach Duval is front and center.

Frost and offensive coordinator Troy Walters did an excellent job of getting balanced production out of a unit whose running game had all but flatlined coming down the stretch in 2017. The 2018 Huskers averaged 209 yards rushing per game and 5.4 per carry (compared to 107.5 and 3.5 the previous season), and it wasn’t all due to Adrian Martinez and Devine Ozigbo.

Let’s lay recruiting aside for a moment. How much can Duval improve the team by himself this winter?

He’s off to an excellent start as strength and conditioning coach. Duval did some excellent work on Ozigbo and he gave a previously soft and injury-prone offensive line some much-needed punch and resiliency. That line will get bigger and nastier during Year 2 while building more quickness.That should allow Frost to ratchet up the pace a bit closer to his liking next fall.

In 2018, NU rarely snapped the ball with more than 24 seconds remaining on the play clock. I thought Frost would want to push things more than that. My hunch is, he did — but could not. At times, there were long pauses while the entire team looked to the sidelines for the next play, something that happened frequently during Bo Pelini’s tenure. Frankly, I think there are times to slow the pace, hold the ball and kill the clock, and I think Frost will learn to do that skillfully. In 2018, I don’t think the o-line had the stamina needed to wear down opponents with their pace. That will change.

But Duval’s most important work will be on the defensive front seven this offseason.

The defense has a long way to go. That was evident much of the season, but especially in the finale at Iowa, when the Hawkeyes ran the same slow-developing stretch plays and counters in roughly the same sequence they’ve run them for the last decade, and there were times when they steamrolled the Husker defense, largely because of their size and strength advantage. The role of strength and conditioning for defensive linemen will be vital in the coming months. Right now, the Blackshirts don’t have enough muscle and moxie up front to win the Big Ten West.

Even Carlos and Khalil Davis got pushed around far too often by Iowa and Wisconsin. They need a good dose of Duval this winter. So do Ben Stille, Deontre Thomas and Chris Walker. But the best scenario for the Husker front seven this winter is 210-pound outside linebacker Caleb Tannor gaining 20 pounds of muscle, adding strength to pair with his quickness in becoming a dangerous pass rusher.

I don’t know what sort of dynamic Oklahoma State graduate transfer 325-pound Darrion Daniels will bring to the d-line, but his little brother Damien, the 340-pound nose guard, could become a terror if he drops about 20 pounds and picks up enough stamina to go full-tilt for 24 snaps per game as a sophomore next fall instead of the eight to 10 he managed this season. The Davis and Daniels brothers will be a big key to the Blackshirts getting off the field against the Badgers and Hawkeyes, whose best strategy is keeping Martinez and the Husker offense on the sidelines.

At linebacker, Mohamed Barry and Will Honas can roam sideline to sideline, but I hesitate to call them run stuffers. Will Colin Miller dish out some punishment between the tackles after another winter and summer in Duval’s program?

Will Duval determine the next breakthrough in the defensive backfield? Braxton Clark (currently listed at 6-4, 200) or C.J. Smith (6-2, 205), both of whom redshirted this season, are prime candidates. Even starter Lamar Jackson needs help from Duval. Jackson improved a lot as a junior, but he won’t be a 2020 NFL Draft pick unless he becomes a much more physical tackler as a senior.

In the offensive line, the biggest x-factor is how much weight and strength 270-pound Cam Jurgens will gain as he makes a run at taking the starting center spot as a redshirt freshman. I think Jurgens will be a two-year project. At tight end, 245-pound Austin Allen will get a lot of playing time if he bulks up a little more.

Maurice Washington will obviously flourish with a winter and summer under Duval’s supervision. My eyes say Washington finished his true freshman year closer to 170 pounds than his roster-listed 190. His summer was consumed by academic catch-up work; he didn’t have a single off-season workout in Lincoln until this week. He will need to get close to 195 to carry the ball 15 times per game. It’s said that Frost offenses don’t have feature backs, and I know there’s scuttlebutt about Washington being moved permanently to a slot receiver, but who would step in at running back? Barring serious injury, I don’t see another running back approaching Washington’s number of carries next fall, although it would be great news for Husker Nation if someone talented and tough enough emerges to do just that.

After Martinez, the odds-on favorite for third-highest number of rushing attempts in 2019 is Miles Jones, who played only one game — against Bethune-Cookman — before having season-ending shoulder surgery, although Wyatt Mazour may play a major role as a senior if his speed increases as much as Ozigbo’s did. Then again, it could be Ronald Thompkins, Rahmir Johnson, Wandale Robinson or a resurgent Jaylin Bradley.

Nebraska will be faster and more furious in 2019, both on offense and defense, if Duval comes through as advertised. Frost has been effusive in his praise. Now it’s time for Duval to deliver.