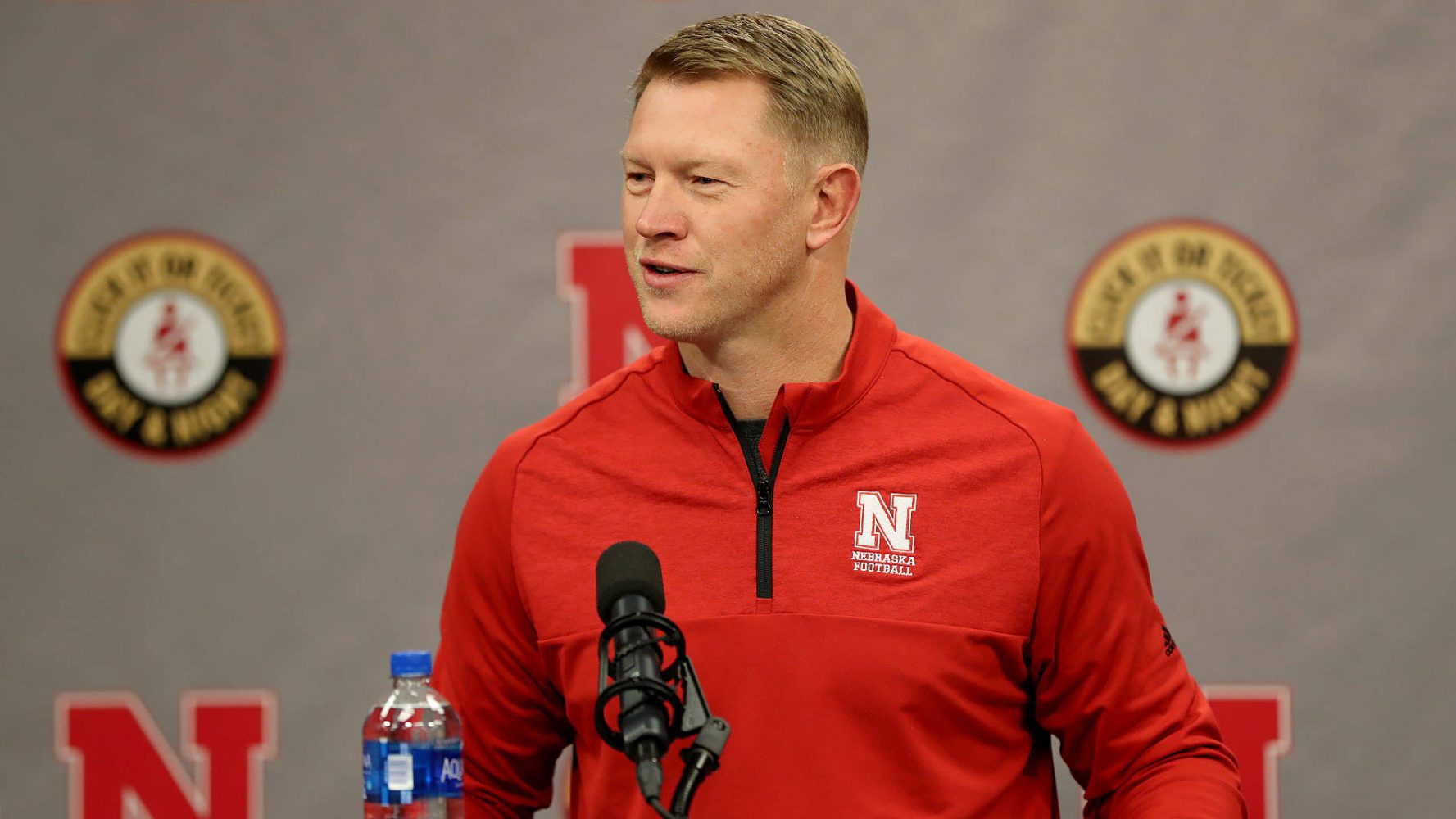 Scott Frost is back in Orlando with his family this week, taking a long-deferred rest as his assistants also grab some well-earned time off. While Nebraskans shovel persistent February snow, Frost is digging out from all the “Coach of the Year” awards and accolades he earned at UCF. There was no time for that until now — certainly not while he and his staff hit the ground running in early December. They worked two jobs, preparing the Knights for a Chick-fil-A Peach Bowl win over Auburn and securing the first half of their 2018 recruiting class at Nebraska.

Now, with the second half of the class signed and in the barn, his staff’s January performance sheds more light on the question of the hour. How will Frost handle the football grinder called the Big Ten?

After watching his first two months on the job, my initial impression is, “Better than Bo Pelini and way better than Mike Riley.” But you already knew that. Of course, eventually it comes down to wins and losses. Pelini was 24-9 against Big Ten opponents and Riley was 12-14. So at minimum, I think Frost over his career will beat Pelini’s .727 conference mark.

When the University of Nebraska left the Big 12 in 2011, a lot of us thought it would find quick success in the Big Ten. Except for volleyball, that has not been true, at least in the major spectator sports. Nowhere has Husker Nation’s disappointment been more profound than in football, a sport which, it’s clearly evident now, chancellor Harvey Perlman never really considered “the front porch of the university” as his successor, Ronnie Green, does.

Frost won’t rest long. He’s got a ton of work ahead of him to rebuild what Perlman, Steve Pederson, Bill Callahan, Shawn Eichorst and Riley either tore down or neglected. He’ll lay the foundation by restoring pride and a solid work ethic to the program. He’ll install player-friendly offensive and defensive systems that allow the athletes to stop overthinking everything and start playing fast. On top of that, he’ll add a lot of speed. In 2011, I thought Nebraska would have enough speed on defense to win a conference championship within the first two or three years. It didn’t. Under Frost’s watch, that should gradually change.

It seemed like a radical step for Frost to bring his entire staff from UCF to Lincoln. I figured he’d use one or two Riley holdovers and bring in at least one big name from the outside. But his plan makes sense. There’s already enough culture to change in Lincoln, so why should the coaches spend precious time adjusting to new personalities and learning how each other operates before they get to work on the players in earnest? In turn, the high level of trust and loyalty the assistants have in their head coach is fascinating. Their character level appears impeccable. Their collective lack of ego is refreshing. Their energy level is exhilarating.

How will Frost and his staff handle the Big Ten? It looks like they can more than hold their own in recruiting. Their 2018 class clearly is the best in the West Division. That’s largely because of the way Frost and his staff analyzed talent and related to the recruits, their families and their coaches. And judging by that his recruiting success alone — the fact that his class was rated in the low 80s when he was hired and ended in the high 20s about two months later — it seems the new coach is a phenomenon in the making. That’s encouraging, because Frost’s record indicates he’s at least as good — possibly better — at the development of players and systems than he is at recruiting.

We saw a lot of good qualities from Frost right out of the chute. He’s straightforward and honest, visionary and tough. The adjective you hear most from recruits and their high school coaches is “genuine.” And Husker Nation has every right to be genuinely excited, because this appears to be the key piece missing from the puzzle. Nebraska football has been successful in every conference it ever joined. Nobody should accept that the Huskers are in over their heads against Ohio State and Michigan.

In its first seven years as a Big Ten member, Nebraska was thoroughly outcoached by the likes of Urban Meyer, James Franklin, Pat Fitzgerald, Bret Bielema and Paul Chryst. Good grief, they’ve even been outcoached by guys like Brady Hoke, Jerry Kill and Kirk Ferentz. That clear coaching deficit is going to stop, and quickly.

Frost clearly has this in mind, saying “I’m not here to win February.” That not only excites Husker fans (as it well should), it no doubt sent notice to Columbus, Ann Arbor, Madison, Iowa City and University Park that the Big Ten is about to become an even better football conference.The populist overachievers from the lowest-populated Power Five state will be back soon. Having not yet coached his first practice in Lincoln, Frost seems destined to bring high-level success back to the state where he was born and bred. That will be the expectation until there’s a compelling reason to dial it back.

Husker fans have been remarkably loyal and (despite loud complaints from a minority) relatively patient, investing in the football program with their donations, attendance and decibel levels inside Memorial Stadium. They’re ready for some return on their investment.

For a generation, zealous Big Red backers have been laughed at, patronized, patted on the head and told repeatedly that “the glory days of the 1990s are never coming back.” Well, that may be true. Meanwhile, diehards like Jason Peter disagreed and loudly stated his case to anyone who would listen on radio talk shows or television appearances. Within a few years, we’ll find out if Peter’s dissent was valid, or whether he was just mindlessly ranting about the good old days when he walked through waist-deep snow to football practice and back to his dorm room, uphill both ways. Will today’s Huskers trade in their Mike Riley flip-flops for Scott Frost work boots and start to practice — and play — with a vengeance again?

It remains to be seen whether the success of Nebraska football’s Golden Age can be re-created, but there’s no denying that a true believer is back in charge. Frost, a young coach with an impeccable pedigree and nationwide acclaim, may not capture the results of Tom Osborne’s final five years, but he’ll shake up the Big Ten in a big way.